Perhaps it was not so, however. He probably had to unlearn almost everything what he had in Sweden and learn it more holistically in India when he was drawn to visit the subcontinent in the late 1960s. First, however, there was Vasakvartetten, or the Vaasa Quartet, which began as a trio with pianist Anders Ahlmark who wrote most of our material and Mats Eriksson on bass but was later embellished by Ann-Marie Nilsson and Thomas Driving on E♭ and B♭ cornets. By the time he had joined Roland Keijser’s band, Arbete & Fritid (Work & Leisure), replacing the intrepid Bosse Skoglund, their questing music, taking a cue from the New York avant-garde and the angry, deeper “Africanisation of Jazz”, had begun to meld elements of Swedish folk music into their jazzy improvisations. 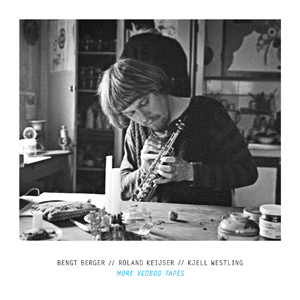 The multi-instrumentalist Kjell Westling and Roland Keijser (founder of A&F) musician-friends from 1959 were also part of the experience and continued to play with Mr Berger, Mr Westling until his untimely death in 2010.

Mr Berger was discovering that his arms were many like the images of Kali. His legs and feet were another matter whatsoever. Polyrhythms fueled the fire of his drums. The dazzling virtuosity did nothing to mask the more elemental source of his drumming, since anything forged in the rattle and hum of music’s cleansing fire was only partially a conscious choice. Mr Berger seemed to – even in the earliest days of his drumming – make music that was connected to a deeper need for communion. That connection which joined the sound of his drums to the rhythm of breathing, not just his but – in the secret of every drummer’s soul – the rhythm of “a spiritual relationship with divinity”; an elemental κοινωνία (koinonia). That was to come… and it did in India.

“Life has a rhythm, it’s constantly moving. Everything, all work,
all sound, is rhythm”
Chief Djembefolia Mansa Camio
in the film “Foli”

The sojourn began in the 1960’s and it has never ended, nor, it seems will it ever end. Mr. Berger began his seemingly endless quest in Bombay, where the North Indian classical Hindustani music was thriving. But he has often, over the years, gravitated down to many other cities including Madras, centre of South India’s Carnatic music of the older, Dravidian culture. But the first musician he met while in India was Pandit Taranath, a virtuoso percussionist who played and taught pakhawaj and tabla but is best known for his breathtaking knowledge of rare talas and raags. Pandit Taranath initiated his young neophyte into the secrets of the Indian system.

Whether the concept of “Country & Eastern” became an obsessive dream then, we do not know. But something had now begun to take root. Mr Berger rarely travelled across the length and breadth of India subsumed by the complexities of Indian percussion, carrying his trusty Nagra tape recorder with which he made hundreds of field recordings at concerts that sprung up, impromptu, in local residences across Bombay, Madras and elsewhere. He hosted Indian musicians in Sweden when he returned home and presented their concerts – in some of which he performed – at Swedish ateliers. One such is a breathtaking concert with Pandit Taranath and the great Dhrupad master Zia Mohiuddin Dagar, Live in Stockholm, 1969. 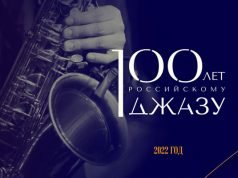 2022: Celebrate the birth of Russian jazz, one hundred years ago this year