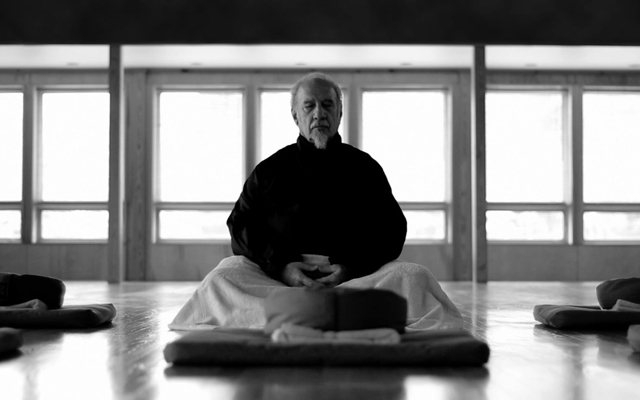 Abbey Rader is the epitomé of a modern drummer who plays on earth but who’s playing surely echoes in the heavenly realm where the timbrel and the harp once punctuated hallelujahs – percussive exhortations to The One Most High. But he does a little more than most drummers – so essential to the ensemble that includes every kind; from the traditional Jazz band to the symphony orchestra. Anyone who has heard him play over the decades will testify that no matter who plays in his various ensembles something is ignited when Mr Rader beats the drums. Everywhere there is an inconceivable heart-rending and glorious beauty. A fire spreads rapidly, in a giddy exposition cosmic joy; in a rolling thunder of ecstatic imagery.

In our world of music – music, that is, as we can comprehend in our rather small minds – his is the music of free improvisation. However in the greater demesne the Flower Sutra seems to unfold. Picture a solo on any of his recordings; snare and tom-toms; cymbals and gongs create a periphery for a stupendous vista. We envisage musicians around him. He sees each of his colleagues as young bodhisattvas, dazzling spirits of enlightenment beings all treading the ground of universal light. Jetting back and forth between adjacent universes, they interpret as they play, without walls to hold them. Their minds and Mr Rader’s effortlessly encompass all beings without obstructing them. 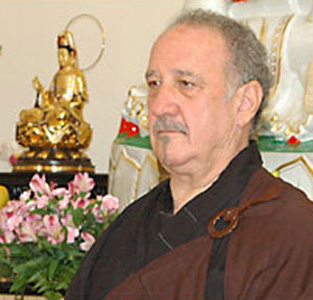 As I am speaking to Mr Rader I can discern how this is possible – how the exquisite peace of this drummer, centred by both Zen Buddhist practice and the graceful and balletic principals and ethics of Martial Arts – defines his music and his drumming. His voice is quiet – almost whisper-soft – and over the telephone it seems to come from another world, which is, of course, true. But the drummer is ever-present and even though he might have the receiver of the telephone attached to his ear, his grip is both gentle and firm as his grasp of the lessons of the past and way forward. This is what he has been “communicating” in all of his music for decades: respect for the past, but always “be” in the future.

He tells me how his mind exploded when he first heard John Coltrane and his so-called classic quartet playing at the Village Vanguard at the height of its powers, “Before he entered what we now know as the final phase of his music here on earth,” he tells me. “I remember after a very short period of listening to the music… I think it was during a performance of “Central Park West” my body became so filled with the sound of their music that I had to step outside the club to catch my breath. That was one of those transcendent moments that hit me hard. Suddenly I felt I was hearing music as it should be – not just with my ears, but with my whole body.

“Naturally Elvin Jones was the one who had me by the heart, but it was also everyone; ‘Trane, Jimmy Garrison and McCoy (Tyner) too,” he tells me. “They just filled the room… they were bigger than the room; the walls kind of collapsed around us,” Mr Rader, himself the son of a drummer and bandleader, says. And I am reminded of a similar feeling expressed by Roswell Rudd about being in a room when Albert Ayler was playing. It is no secret that Mr Ayler together with ‘Trane and Pharoah Sanders became the “Holy Trinity” of Jazz, with ‘Trane being The Father, Mr Sanders The Son and Mr Ayler The Holy Spirit.