The Toninho Horta Ronnie Cuber Quartet Live Radio Broadcasts from the North Sea Jazz Club with Marius Beets echoes with the ghosts of those who seem to have been raised from the dead; and echoes from far away Netherlands, where the great baritone saxophonist Ronnie Cuber and an equally great musician, guitarist and vocalist bask in all their living glory.

Of History and Ancestors
It was but a week ago today, the April 16th of April, 2017, that I became involved in refereeing a most curious debate on Facebook, which had turned into – by the time I jumped in the ring – an ugly verbally abusive brawl. So I thought I would make light of the argument, which arose from a discussion about respect for a Canadian ensemble with the word “Bad” in their name. One of the musicians (a young trombonist) posited that the group in question ought to be respected for their work despite the best efforts of other musicians (including a well-known black trumpeter) to put them down. The other speaker was a young drummer who began by savaging the trombonist’s arguments with what I felt were quite compelling arguments of his own. The conversation – as so many on social media – soon degenerated into an ugly exchange of blows much like (I suppose) a mud-slinging match. 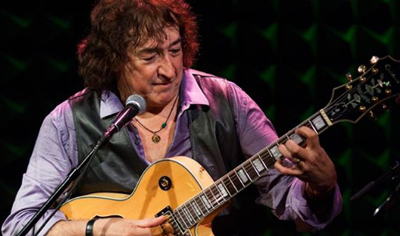 At this point I thought I would jump in to separate the parties – both of whom I might add, are extremely talented musicians and lovely people. I said the following: “Now, now, gentlemen…let’s keep it clean…no hitting below the belt and when you hear the bell, cease all punching.” (And just to keep it pertinent to the bout, I added) “And while you’re at it, know your history, respect the music and your ancestors and remember; there is only good music and bad music… (No pun intended).” The fight stopped immediately, but another one erupted. A flurry of comments followed. Not a single one seemed to get the point that I was trying to make. My credibility was called into question at one point and I had to point out to the great unwashed out there that I was just someone very low in the food chain; someone whom Samuel Beckett had disdainfully referred to in the last words of his iconic play En attendant Godot or (Waiting for Godot).

But I did recommend a thorough reading of the play and of W.H. Auden’s essay “Making, Knowing and Judging: An Inaugural Lecture Delivered Before the University of Oxford on 11 June 1956” also published in his wonderful book The Dyer’s Hand and other essays (Random House, New York, 1962). Why? Because it is among the finest essays about honourable criticism I have ever read outside of the Aristotle: On the Art of Poetry (circa 335 B.C E), Horace’s Ars Poetica (19 B.C) or The Art of Poetry, Cassius Longinus’ On the Sublime (1st century A.D), William Empson’s Seven Types of Ambiguity (Chatto & Windus, 1930) and Martin Heidegger’s L Aus Der Erfahrung Des Denkens(Günther Neske Pfullingen, 1947) later included in Language, Poetry, Thought. 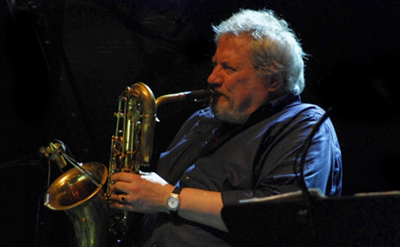 What, you might ask, has any of this got to do with Toninho Horta, Ronnie Cuber and this Live Radio Broadcasts from the North Sea Jazz Club with Marius Beets? What indeed?!

Well, to begin with: both Ronnie Cuber and Toninho Horta are “The Ancestors” whom I was speaking of in my Facebook missive. Living ones, I might add and of that, this new generation is privileged to have among them. The baritone saxophonist is the reigning emperor of his instrument. And the Brasilian composer, vocalist and guitarist is an icon who can count the great Pat Metheny among his not-so-secret admirers. But there are scores of graduates being churned out by the music departments of rather prestigious schools in Canada and the US – even baritone saxophonists and guitarists and vocalists – whom I guarantee you know less about these two living legends than about Kendrick Lamar. And it is also shocking that today Ronnie Cuber is venerated as the saint in Europe but not at home in the US. Naturally, he spends much of his time today performing and recording like many Jazz musicians once did in the early days of slavery in the US. It’s not just discrimination that makes it so, but ignorance; even apathy towards musicians of Cuber’s generation. The same holds true for musicians such as Henry Grimes. If this is the fate of the living, then imagine the fate of those who have passed of whom someone like Melba Liston is a prime example.