Brasil is different, of course. It is a place where the culture of its indigenous people has collided with the Africa of the Yoruba and the Ibo, the people of Gorée and of the Congo, and with that of Portugal. Frevo, Maracatu, Afoxê (Candomblé de Rua) and Chorinho nestle cheek-by-jowl with the dances of the Portuguese ballrooms. And musicians like Gilberto Gil and Horta have melded this with the Blues and Jazz to create music that is unique. And Brasilians know their history and their musicians just as well as they do their footballers. This is why most Brasilians hardly consider it virtuous to be known on the world stages. They seem to revel in their as griot-musicians who, as in their ancestors in the great African cultures, keep history and the real Circle of Life magnificently alive. This, then is the Brasil that begat Moacir Santos, Tom Jobim, Chico Buarque, Caetano Veloso, Egberto Gismonti, Nana Vasconcelos, Monica Salmaso, Uakti and Toninho Horta – who, like Ronnie Cuber, have been evangelical figures in their music.

Ronnie and Toninho
Ronnie Cuber was born on Christmas Day, 1941 in Brooklyn, New York. A prodigious talent from a very young age, be began composing, arranging and leading his own groups in 1959. In the six decades since his debut in he has grown into one of the greatest baritone saxophonists of any generation, with a sound that is a viscerally exciting amalgam of straight-ahead jazz, hard bop, soul, rhythm and blues, and in the Latin styles of music. In his teens he was chosen to perform in Marshall Brown’s Newport Youth Band at the 1959 Newport Jazz Festival and by 1962 Cuber had recorded with Slide Hampton. He worked and recorded with Maynard Ferguson’s band from 1963-1965. After stints with the orchestras of both Lionel Hampton and Woody Herman, Cuber augmented his New York session work by performing and recording with the great Latin bands of Eddie Palmieri, Charlie Palmieri and Mario Bauza. At the same time Cuber was playing alongside and recording with R&B legend King Curtis and backing Aretha Franklin an association he holds in the highest of high regards. He also enjoyed an enduring friendship King Curtis. 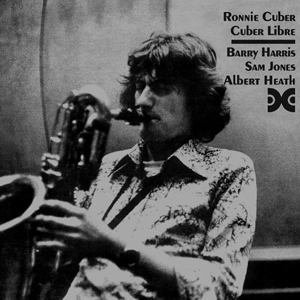 His magnificent playing with Lee Konitz’s Nonet from 1977-79 are historic just as his soli are a study in bari-sax-ology. During that decade and the 1980s, Mr. Cuber also recorded with Mickey Tucker, Rein De Graaff, and Nick Brignola, and appeared with such artists as Andy and Jerry Gonzalez and vibraphone player Bobby Paunetto. Other leading artists with whom Mr. Cuber has performed include Eric Clapton, Steely Dan, the Eagles, Chaka Khan, Maynard Ferguson, Conrad Herwig, Boz Scaggs, Horace Silver, and Frank Zappa. From the 1990s to the present, Mr. Cuber has performed regularly with the Mingus Big Band and recorded several discs for Steeplechase and Fresh Sound. He created the Baritone Saxophone Band Tribute to Gerry Mulligan, and has spent summers touring with blues artist Dr. John, for whose band he has written numerous large horn section arrangements for tour and television performances. Cuber’s summer 2000 tour found him opening for Dr. John at European jazz festivals with his quartet and his old friend, organist Lonnie Smith.

Ronnie Cuber has always been regarded as a musician’s musician, and as one of the most gifted musicians of all time. His gifts also include an ability to be at the top of his game with Steve Gadd and then go and record with Horace Silver, while at the same time touring with Eric Clapton. In each instance it has always been hard rocking, hard swinging music of a most masterful kind; no half-hearted playing or musical skating. When he plays, it’s serious creative business and he tells a story, always playing with shining virtuosity and a special brand of big, beefy “cubed” baritone tone-colours. Why he waited until he was called up by Don Schlitten’s to the RCA Studio to make his first album Cuber Libre (Xanadu Records, August 1976) remains a mystery. However, past and present has since colluded to make for a fascinating history.

Seven years younger than his great friend and now his most enduring musical cohort Toninho Horta was born on the 2nd of December, 1948 in Minas Gerais, Brasil. Horta played guitar from early childhood, influenced by older brother, Paulo Horta, a bass player with an interest in jazz. Attracting international attention throughout the 1970’s, Horta was highly rated as one of World’s Best Guitarists. Meanwhile he performed all over Brasil and the turning point in his career came in 1985 at the Second Free Jazz Festival in São Paulo. A year later he organised the 1986 three-week Seminario Brasileiro Da Música Instrumental, held in Ouro Preto, Minas Gerais, 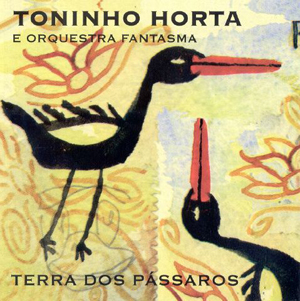 under the sponsorship of the Federal University of Ouro Preto (UFOP) and the Brasilian Ministry of Education and Culture, and was also musical director of Planeta Terra, a major concert held in Parque Ibirapuera, São Paulo. Later Toninho Horta also spent time in New York where he studied at the Juilliard School of Music.

In the 1990’s, on behalf of the Secretaria de Cultura de Minas Gerais and UFOP, Horta established Livrão Da Música Brasileira, a music library for the works of Brazilian composers, a project on which he continued to work into the early 2000’s. Interspersed with 1990’s concerts in Brasil were appearances at London’s Royal Festival Hall, Moscow’s October Hall and White Columns Hall, and the Palais Des Beaux Arts in Brussels. Side by side with performing and recording extensively Toninho Horta also works in education, teaching at Berklee College Of Music, the Los Angeles Guitar Institute of Technology and at the Conservatory of Music, Graz, Austria.

Horta composes much of his own music, this aspect of his work gaining in importance. His compositions include “Party In Olinda”, “Foot On The Road”, “Afternoons In Thailand”, “Akiko’s Song”, “Tecno Burger”, “Maria Madrugada” (in collaboration with Junia Horta), “Nèm È Carnaval” and “Correntes” (both with Marcio Borges). Horta, who also sings, has worked extensively as a sideman, performing with artists such as Leny Andrade, the late Victor Bailey, Kenny Barron, Maria Bethânia, Randy Brecker, Gal Costa, Paquito D’Rivera, Eliane Elias, Astrud Gilberto, Onaaje Allan Gumbs, Omar Hakim, Billy Hart, Sergio Mendes, Pat Metheny, Milton Nascimento, Gary Peacock, Flora Purim, the late Elis Regina and Wallace Roney. Although based in New York since the early 1990’s, Horta has been careful to maintain ties with his country of birth and this is clearly reflected in his work with his band, Orquestra Fantasma.

Ancestors and Griots on the Radio
I have been corresponding for some time with Roberta Arnold, Ronnie Cuber’s charming partner and business manager, booking agent, publicity chief and all-round the best person since I never met Ronnie Cuber. Well, I have never met Roberta Arnold either. But over the years we have become friends thanks to the gum on the back of postage stamps, and later, the ubiquitous “@gmail.com” and Facebook Messenger. It all began with a review I had written for a 2009 recording entitled Infra-Rae: Ronnie Cuber meets The Beets Brothers. The recording was my entry into the portal to Ronnie Cuber (I had heard records and been to performances for much longer, but had never been “this close” to Ronnie Cuber). Record after record followed as I became more mesmerised by the formidable bellow of Cuber’s baritone saxophone.