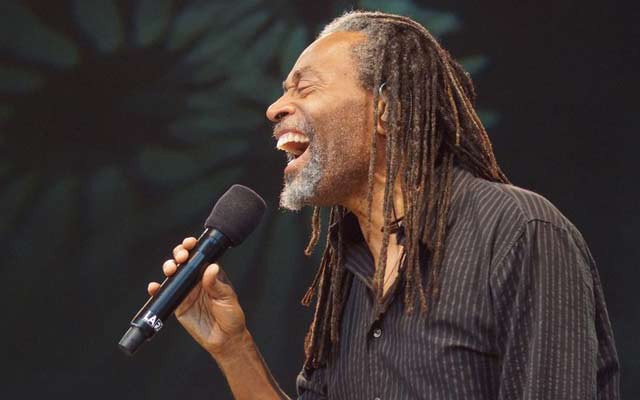 The phrase, ‘transcends all other parameters’ is key to the very heart of jazz. It is an artistic, musical expression of the trials and tribulations of modern man, who seems to have got virtually everything wrong. More importantly it is a musical expression that originates in the heart and the soul, to be given breath by the lips. This is the song that is sung with unbridled feeling that cannot be suppressed or put down. This is true vocalastics. And nobody today understands that better than Bobby McFerrin. His incredible expedition into the realm of vocalastics began, he said somewhere in liner notes to one of his many joyous albums, when he heard a voice calling him to channel his talent where the voice has never gone before, as he was playing the piano. And he seemingly hasn’t paused for breath ever since! McFerrin brings a spirit of deep trust and joyful spontaneity to music – especially in his spectacular album, Circlesongs.

Here is where McFerrin’s gift for teasing the sublime out of silence is most evident. The eight songs on the set spring from sounds improvised on the spot. McFerrin is assisted by twelve singers on the album. The rhythmic repetition of the sounds is what gives the songs their circular shape and chant like structure. ‘It’s primal, unadorned singing,’ McFerrin explains in the liner notes to the record. ‘I have always felt,’ he adds, ‘that singing a song without words makes one song a thousand songs because the people who hear it can bring their own stories to it.’ And this is exactly the impact of the music. You hear creation – birth and life as it moves inexorably to death and renewal. You hear the pain and joy of existence of man’s journey on earth. And you hear it sung with a vital energy that you have never heard before. 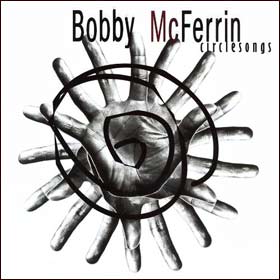 In McFerrin’s vocalastics you hear something ancient and yet truly new. It is not a matter of form – although the music is defined by a nominal form – the circle. The circles occur not only in space, but in sound. There is the creation of circles of sound – one of the most intuitive ways to make music. While musical notation allows for epic genres – such as the symphony, opera and concerto, which unfold in linear measures of time, oral tradition music has always favored circular and cyclical forms. Rounds and canons are a venerable form of western music. In the great musical traditions of the East, rhythm and melody are often conceived in circular periods.

Breathing is circular: inhale, exhale, inhale, exhale! Awareness of the circular rhythm of breathing is one of the cornerstones of daily practice in many spiritual disciplines. Chanting gives voice to the rhythm of breath and synchronizes the breathing of the singer into a collective rhythm that can – and does – invoke considerable power. On the right conditions, this power of collectivity may overcome the power of ego and create an opening through which the human being can link himself to forces greater than himself. When those forces are imbued with the spirit of the Divine, chanting takes on the quality of a sacred music.

This is where the art of vocal music is headed – or ought to be headed – from this seminal work by Bobby McFerrin. This is the state of the art of vocalastics. This is music that comes directly from the spirit. Now the search ought to be on for the ‘perfect note’, as we dig deeper into the soul. And the discovery will come: when the cry that is provoked by the fear of death colliding with the ecstasy of liberation. This is, after all, the true spirit of vocalastics. This is jazz!