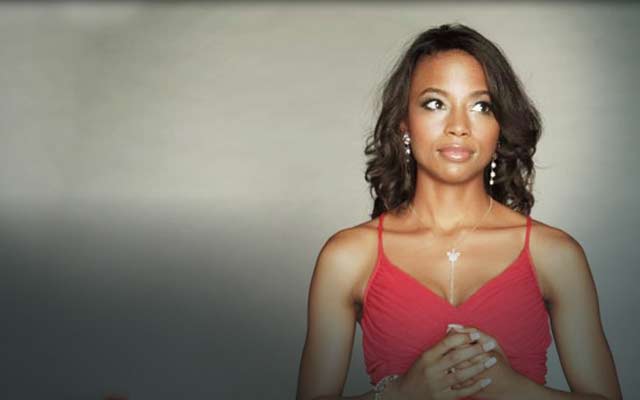 I cannot think of a more aptly titled record than this one by Tiffany Austin. Everything sounds so right. About it and it is all because of the music on it. Not simply the songs, but the manner in which they have been sung. There is passion here. It bursts forth from the first bars of “Stardust”. Many have sung this song. But I doubt that I have been so affected by Tiffany Austin’s version. It has that aching intensity, that sweet-sorrowful aura that swirls around it as if it were a halo—very much one made from the stems of a rose, but not all thorns; a flower her and a flower there. This is what makes the song so special. You don’t simply hear the lyrics, you also hear the back-history of the song. No one has ever done that for me before, but now Tiffany Austin… 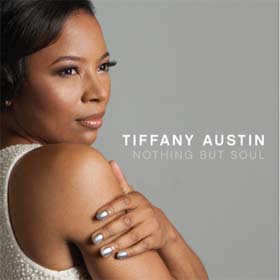 Clearly Ms. Austin is special. Her vocals have a tender, touching simplicity to them. She sings with great delicacy and great substance at the same time. And while her singing has an utterly beguiling freshness to it, there is also a sense of raw, visceral power. I hear “Skylark” and I am immediately aware that someone so small can fill Abbey Lincoln’s big shoes. She seems to have come from the same place that has produced Abbey Lincoln as well as Aretha Franklin. A place where you have been beaten up and you come out strong, stronger than when you went there. But perhaps I am being too presumptuous. Perhaps I will just stick to the script.

Tiffany Austin is a master of time and space the mastery of which enables her to concentrate fully on the rhetorical power of musical soliloquy. There is, in her voice, a restrained use of physical movement which suggests that each small gesture and conceptual idea (such as the gentle use of breath) achieves greater clarity and impact than if lyrics were swamped by over-active busyness. The sense of broken life, of heartbreaking human condition and its joyful recovery finds a simple and effective universe in songs such as “I May Be Wrong (But I Think You’re Wonderful”, “I Walk The Line” and “Sing Me A Sweet Song (And Let Me Dance)”. Here you get a chance to see deep within Ms. Austin’s soul. Such is the nature of her vocalastics.

But soul does not mean vulnerability. Tiffany Austin is a strong woman and this comes through in the delivery of each song. In its hard colours, its polished texture and diamantine timbre and polished diction as well as in the subterranean aspects of emotion as well: in the gnarled heart and the ability to make your blood beat about your own heart just a little bit stronger. Her performance here is superbly cadenced. Particularly attractive is the depth of her emotions that manifests itself in music of almost primordial intensity. If you feel like you’ve heard this all before, think again. Tiffany Austin has a voice that is singular, unique and she wants you to listen to what she has to say. And there’s a lot to hear in this marvelous record.

Track List: Stardust; Baltimore Oriole; I Get Along With You Very Well; I May Be Wrong (But I Think You’re Wonderful); Skylark; I Walk The Line; Georgia; Sing Me A Swing Song (And Let Me Dance); Tête-a –Tête

Tiffany Austin had sung on three continents—around her native Los Angeles while attending college, then for a year in London, and eventually for five and a half years in Tokyo—before setting music aside upon being accepted in 2009 at the University of California’s Boalt School of Law in Berkeley. Yet the itch left by the music bug never went away, and a year into her law studies, she enrolled on a full scholarship at the nearby Jazzschool (now the California Jazz Conservatory), where her refreshingly original singing style attracted the attention of such innovative young San Francisco Bay Area bandleaders as bassist Marcus Shelby and tenor saxophonist Howard Wiley Read more…