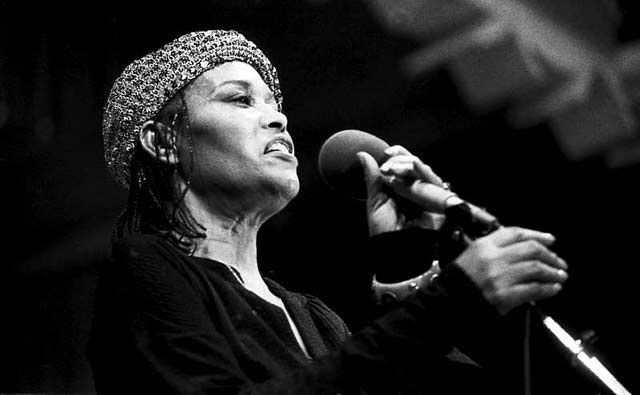 Of course it would be a stretch to suggest that Ms. Lincoln is alone at the top of the art. I write, of course, only of music written and sung in the English language. Who can ignore the magnificent contribution to vocalastics, made by many musicians who have skirted jazz for decades? I speak of some of my favorite Brazilians – Elis Regina, who embodied the art of ‘chorinho’, a vocal music not so much sung as it is ‘cried’. And there are others from that great South American contributor to the development of jazz itself. Even now my head echoes with the voice of Nana Caymmi, as she ‘weeps’ her way through a song aptly entitled (in English, of course) “No More Tears”! I hear Flora Purim too, in her interplay with Airto Moreira and that brings back memories of the memorable collaborations between Abbey Lincoln and Max Roach, Ella and Duke and so many others that this cup runneth over! 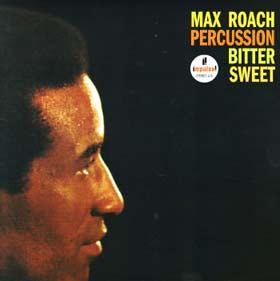 This is a feeling of absolute ecstasy that only jazz can bring. And it is because the music can elicit this feeling and fuel this belief that I believe that the music that was born of the pain and joys of a dispossessed people has always belonged to the whole world. Our insularity prevented us from reaching out and discovering. The music industry has not helped otherwise either. We are too obsessed by labeling and cataloging everything. We have forgotten that we came from the same source somewhere in the Great Rift Valley. We migrated and were variously shielded or burned by the sun – in shades that may take a million new Ansel Adams to see! And, as with seeing and perceiving – with discernment – so also with hearing… And there is really only one way to do both. It is with the heart!

Then you will hear the jazz of rap. In the rhythms and rhymes, and in the apocalyptic shouts of The Last Poets – Umar Bin Hassan and Abiodun Oyewole – as they streak across the skies of urban America. The poetry of Langston Hughes, Amiri Baraka and Gil Scott-Heron is also music and it’s also jazz… Grandmaster Melle Mel, Killah Priest and Nas… their rhymes to are jazz – bebop to hip-hop – as we saw and have memorized when Quincy Jones brought a super constellation of stars on stage in Montreux some years ago… This was vocalastics par excellence. But there is a deeper meaning to the direction that jazz has taken since its heartbeat changed to fibrillation and the irregularity of its rhythm actually breathed new life into its soul!

There is a great album – Madman of God, by Sussan Deyhim, that extraordinary Persian-born vocalist produced in 1999. The album is an all-too-short interpretation of the poetry of the ecstatic poetry of Rumi, Saadi and Hafez. The music, while Oriental in its rhythmic centre vibrates with the swinging freedom of jazz, as Deyhim appropriates the poetry of the mystic-poets who straddled 11th to the 19th century Persia like colossi to the landscape of music. It is probably true that when the Sufi’s wrote their ecstatic verse, contemplating the mysteries of man’s relationship with man, God and the universe of His creation, it was probably sung too. (Rumi definitely did and is credited with the origin of the ‘dance of the dervishes’). And this, to is jazz. Deyhim says: ‘I have sought to evoke and live the vibration, (of the Sufi material) for I believe the vibration is the essence of the Sufi way of traveling through time, in cosmic space, which transcends all other parameters.’