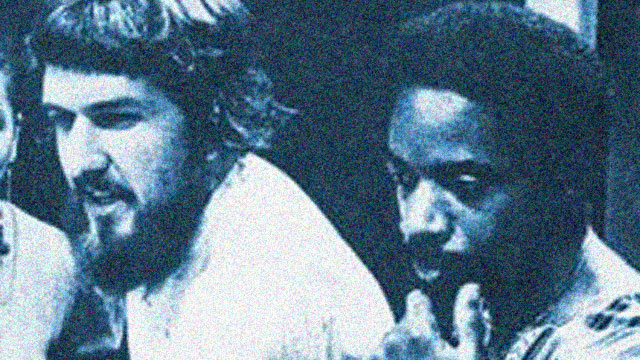 But Mr. Mangelsdorff feels what Heiner Stadler feels and it comes out of his horn. The poetry of the composition is too much to bear, but it is beautiful and unavoidable. Heiner Stadler never had to learn all of this to make up his craft and, as Dylan Thomas put it, his “sullen art”. It was apparently born into him. It was said of Horace in ancient Rome; they said “Poeta nascitur non fit…” a poet is born, not made. And indeed this is true of Heiner Stadler. His memories, like mine have been embedded in him from his mother’s womb and so necessarily was his poetry. But how to get the players in this human drama to make their instruments sing and pray and distill, then reveal the essence of life itself? That is what can never be made. He sees visions as they were; as they happened at any given time in their existence and they are exactly what happened to him. Internal. Aching and in his bones. Nothing could be as bad and beautiful at the same time. And permanent as well. This is also the blessing and the curse of poetry: that the images themselves haunt you because they are in you as if they were yours and yours alone. You cannot escape them. They stick to you like nature’s burrs fallen from heaven. Your body has not attracted them; it is your mind that absorbs it all long before you even fully understood them. 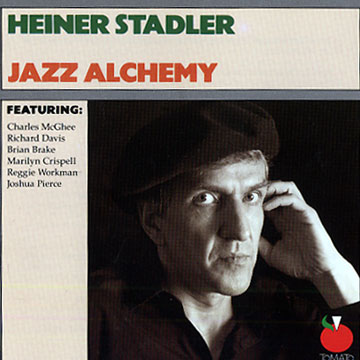 The musician, like the poet is a most conspiratorial of artists. Like the poet who requires nothing but his poems to enter in to the mind, the musician does likewise with his compositions. His notes—the melody, harmony and rhythm of them—allow the listener to strip away the musical instruments that play them, leaving nothing but their poetry. In the case of the composer, Heiner Stadler the poetry ripples into the mind of the listener like angular, mesmerising synapses. The effect is not only cerebral, however. I am listening now to Brains on Fire compositions that were recorded in the early 70’s and released again in a re-mastered version on the Labor label in 2012. The music is disturbing at times, but I am reminded of the music of Charlie Parker and Dizzy Gillespie in the 40’s and the 50’s; the music of Thelonious Monk of that period; of Herbie Nichols as well as the music of Charles Mingus. And then, of course there is the music of Ornette Coleman and the music of Anthony Braxton… all very disturbing when you first hear it, yet ineffably beautiful. So I strip away the musical instruments of Heiner Stadler’s music and in the transcriptions the poetry blooms. I have dug deep and arrived at the essence of the beauty of his compositions. I enter into a deeper conversation with the artist, and I can see what makes the artist adorn his ideas in this fashion…

In my naiveté, I believe that Heiner Stadler is just an Avant garde music composer, a maker of music that is ahead of its time in the classical and jazz idioms. In a sense that is probably true. But that is only partially true; more like the proverbial tip of the iceberg. Heiner Stadler has many loves. He is a musical polygamist. But unlike most polygamists he is faithful to all of his loves; in fact he is married to them. Chronologically all of this may have begun with classical piano training, but it appears that his study with Walter Steffens has opened his mind to the world around him. Now he hears music with all of his body. So music is dance as well as notation. He hears melody, harmony and most of all rhythm. This has drawn him to jazz. Naturally, his Germanic discipline comes into play. He begins, in the world of Amiri Baraka and Afro-American culture… he begins “digging” appreciating music from the blues down and plumbing the depths of everything he heard. The 60’s sees a return to blues and roots. Heiner Stadler is in the right place at the right time. It is a world first opened up by Ornette Coleman, then Roscoe Mitchell, Muhal Richard Abrams, Joseph Bowie and Anthony Braxton, and the Association for the Advancement of Creative Musicians, a movement that has sprung from the Chicago chapter from where it all began. 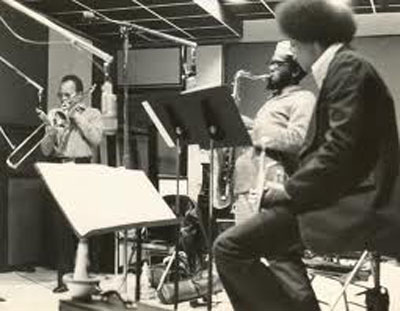 Musicians have their ears and eyes opened by Mr. Coleman. Even John Coltrane is taking notice and bending like a reed by the waters-edge, to incorporate the spiritualism and the hard edged rhythm of the blues. Heiner Stadler hears all of that and takes notice. And if he is drawn to jazz, then it is via the truth of the blues. Now begins his lifelong odyssey. Like Homer’s hero the journey assumes epic proportions. The majesty of the blues becomes central to everything he studies. History begins to flash before his eyes mind and heart. He hears the sound of the delta and the plantation as clearly as if it were in his living room. It seeps into his brain and nestles there like the memory of a favorite aunt who arrives out of the blue, but bearing great and edifying gifts. It nestles there cheek by jowl with the bard edge of the Texas blues of Ornette Coleman as well. And with the jazz of the loft scene of New York. How can it not; one lives with the other; a faithful lover that glides in step with the other. Now begins the discipline of a lapsed German and the lover of music from the classics down the ages to the blues and jazz. In yogic terms, Heiner Stadler has awoken the cranium, the highest place of the intellect where all knowledge is housed. Once this door is opened, the music rushes in like a great gust of wind pushing away everything in its path save the music.