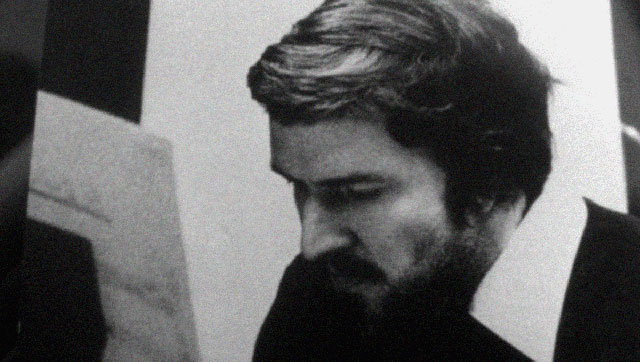 I am alone in a darkened room, listening to the worlds of two powerful idioms collide. The sound is deafening. The blues is igniting an almighty, catastrophic explosion as it slams into an European classical idiom. The majesty of this proverbial Big Bang is nothing like was ever heard before. It swallows whole the Third Stream, its buffeting rhythms break like waves on a storm-tossed sea thereafter as it appears to bring forth the grist of its grinding. Then I hear its bruising sound again and again and again…the cataclysmic riff; the rumble of the bass rubbing like a tectonic event against the elemental scream of the trumpet chorused with tenor saxophone and trombone and wave upon wave of dazzling arpeggios played on a magnificent grand piano. What?! I am stunned as if I were slapped in the face. For it is Reggie Workman, Jimmy Owens, Tyrone Washington and Garnett Brown in consort with Heiner Stadler performing a masterful reading of a piece written by the legendary pianist, composer and arranger, Heiner Stadler himself. The composition in question is “No Exercise,” an obvious reflection of the exciting music that once shook place 60’s and 70’s New York. The era has since passed… and all but forgotten. But not the music and Heiner Stadler, who has been plowing a lonely furrow on the knife edge of tomorrow, unhindered by time. 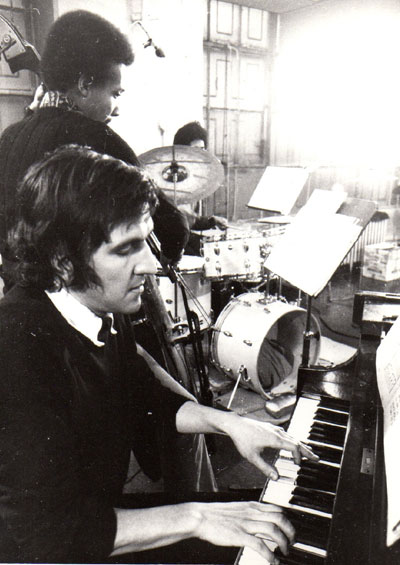 Notes ascend as if they were gaseous elements in the music in the room. They pirouette and dance their interminable dance as if they were impromptu as well as pondered and gleaned from aeons of learning. Their audacious sound is bent and angled almost at will. This makes the harmonic flexibility most exciting and wondrous. Monumental lines are formed of phrases that bounce and soar with vaunted linearity. The uncannily gifted bassist and horn and woodwind players embellish the dazzling runs and incredible figures played by the pianist. The wages of the trumpet and saxophone efforts sit uneasily with the ferocity of the bass. The piano is almost stoically amid this earth-shattering, capacious harmony. And Brian Brake… Oh, I must not forget the drummer… How could I, he was like a monumental throb in my brain. Meanwhile, making his virtuoso credentials clear, the pianist in Heiner Stadler dismisses every difficulty with nonchalant ease. In every tempestuous phrase, every scintillating arpeggio that is played with astonishing facility… The musicians are no less powerful and quicksilver in the latter half of the piece, where romanticism is taken into an altogether darker and more menacing place, where slower tempi allow for a greater sense of breadth, expansiveness and heroics. Make no mistake, this is a partnership between written and improvised music that speaks significance with a vengeance. An accomplishment few musics and musicians can lay claim to. At the centre of it all is Heiner Stadler. And my pursuit of him has just begun.

Heiner Stadler was born in 1942 and he grew up in war-torn Europe. The experience must have been seared into the memory. Although he has not spoken of it in interviews or articles about himself, it is reflected in his music. Lessen a small town in the Grudziadz County of Poland, occupied by Germany at the start of World War II. Some of the dissonance in his music is a reflection of that. But then, it was a young Heiner Stadler who had secured the musical legacy of generations before him and of his ancestor who had ascended music`s throne like royalty before him. His great-grandmother Josephine Amann-Weinlich, founded and conducted Europe’s first women’s orchestra, the Wiener Damen-Orchester (later the Erste Europäische Damenorchester), which toured extensively, including an 1871 appearance at New York’s Steinway Hall. The family moved to Hamburg where the young Heiner graduated the equivalent of secondary school and found his calling as a musician. As a young man Heiner Stadler studied piano at the Hamburg Conservatory. As his studies and skills advanced he was accepted and began studying composition privately with composer Walter Steffens. A German composer specializing in opera Mr. Steffens imparted much to Heiner Stadler in the short time that the two spent together. This was not the only electric charge that Mr. Stadler needed, but it was an important one. After all, his teacher was already celebrated and possessed of a deep insight into the other arts as well. Mr. Steffens composed noteworthy operas including Under Milk Wood based on the ‘play for voices’ by Dylan Thomas; The Jew’s Beech based on a novel by Annette von Droste-Hülshoff and The Philosopher as well as numerous short works based on paintings, the most remarkable being Guernica. Heiner Stadler picked up the magnitude of these compositions as anyone else would. But he appears to have had a mind of his own and it was made up. The blues was calling. Heiner Stadler packed his proverbial bags and has dived head first into its realm. There he made the leap to jazz. 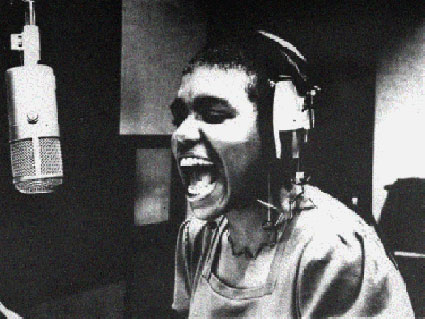 Dee Dee Bridgewater screams. Then she sings: “Catch me…! Here I come, flying without wings/no parachute, doing a super flip flop somersault/Right up here without a/safety net…” Her scream is primal, like a howl in the wind. There are memories in Heiner Stadler’s head, sordid ones perhaps from the war and its end, and what all of this brought him and his family. I see them too and they look as if they were carved from Edvard Munch’s “The Scream.” When you hurt, you hurt alone. The artists, too is alone but he or she can tell you what he is feeling and you listen like a psychiatrist. I do too but I am tortured by this image of an open mouth and then the scream. Dee Dee Bridgewater sings: “Catch me…” and then the scream begins to fade and die in the wind inside the head. The song hits me like a chill winter blast in the face. It takes me some time to get over it. But soon it is time for the assaulting melodicism and ghostly harmonic voices from Albert Mangelsdorff’s crying trombone. It just comes out that way. The abject beauty of the woodwind singing through his throat is fetching. The song is “Bea’s Flat.” It is not necessarily a hangover about war; in fact it is not.