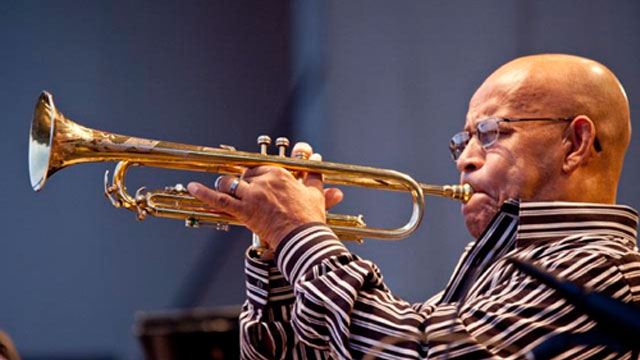 The sumptuously scored music of these Smoke Sessions is a fitting tribute to not only the trumpet and flugelhorn, but more than anything else, it is a rousing endorsement for one of the instrument’s most underrated exponents: Eddie Henderson. True, Jazz musicians and true aficionados of the Music have always appreciated his great taste and technique and musical ingenuity, but periods of relative silence and less-than-flattering recordings might have suggested that perhaps Mr. Henderson was tiring. This recording then becomes a timely reminder of his great skill and mastery of the two instruments that he plays. While some of the songs on Collective Portrait may have been recorded before, those versions on this disc remain the best of some splendid repertoire. The selection of the repertoire is fascinating and its selection—writing by some of the greatest trumpeters for the instrument—is played with soaring glissandos and sheer brilliance by Mr. Henderson. In fact if this were opera and Mr. Henderson performing it in a series of arias, it could be said that here was a “singer” whose brilliant colouratura and melismatic genius has made the music immortal all over again. As things stand, such is the power of the trumpet and such is the genius of its performer. 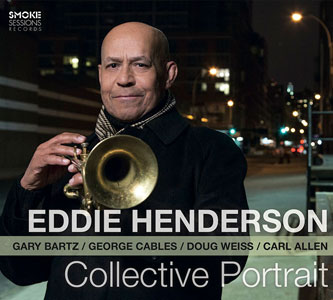 Eddie Henderson seems to continue his lone crusade maintaining the original pure tone of the instrument, which has often been replaced by the continuous vibrato of vibrato in this day and age. This in itself is music to the ears. And even if we all hear things differently, Mr. Henderson’s playing infuses a new lifeblood into this music, some of which we have heard scores of times before. Such is the piercing expressiveness and the profoundly compassionate inspiration throughout the recording. In the ravishing central episodes of “Dreams” and “Morning Song” your heart skips a beat every so often and you know something extraordinary is happening musically here. This is also true of the fragrantly beautiful balladry of “You Know I Care,” where the Mr. Henderson and pianist George Cables seem to sing of a profound love affair. Mr. Henderson launches into a solo in which notes seem to fly out of the horn and pirouette in the air of the room in which this affair takes place. It’s a tricky musical structure to hold together and both the flugelhorn and the piano make it so memorable. And these are not the only charts where the true genius of the musicians may be observed. Throughout the album the trumpeter and the pianist as well as bassist Doug Weiss, saxophonist Gary Bartz (when he is called upon to play) and drummer Carl Allen sound glorious and the whole ensemble’s manifest engagement with the music shines through.

But it is all about Eddie Henderson here and he has all the communicative ardour that has endeared him to his peers and to critics at both ends (electric and acoustic) of the spectrum. Mr. Henderson’s great flights of creativity and melodic invention will send shivers down the spines of many lovers of virtuosity. This in itself would endear Collective Portrait to all who give it an ear. But there is also that small matter of the trumpeter’s extraordinary musical intuition and that is something that ought to provoke a greater discovery of Eddie Henderson’s discography going forward.

Eddie Henderson was one of the few trumpeters strongly influenced by Miles Davis’ work of his early fusion period. He grew up in San Francisco, studied trumpet at the San Francisco Conservatory of Music, but was trained to be a doctor when he permanently chose music. Henderson worked with John Handy, Tyrone Washington, and Joe Henderson, in addition to his own group. He gained some recognition for his work with the Herbie Hancock Sextet (1970-1973), although his own records (which utilized electronics) tended to be commercial. After Hancock broke up his group, Henderson worked with Art Blakey and Mike Nock, recorded with Charles Earland, and later, in the 1970s, led a rock-oriented group. In the ’90s, he returned to playing acoustic hard bop (touring with Billy Harper in 1991) while also working as a psychiatrist.