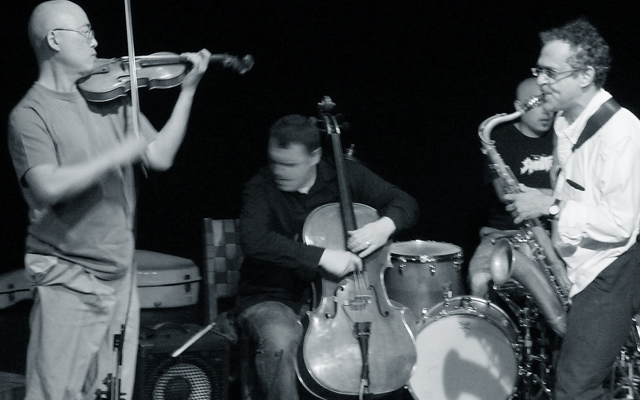 Analogies drawn between Perelman’s lofty avant-garde that has yet to be recognized as that and the work of the revolutionary artists of the 50s and 60s is one way to attempt approaching the music of the Brasilian émigré to New York, an attempt to define its astounding ‘visual’ brilliance. I for one see the striking similarities in approach to the common idiom of that vintage. For instance: what Perelman does for the arpeggio is as close as you can get to what Robert Rauschenberg and Jackson Pollock did for the brush-stroke and what Andy Warhol did for the image-in-and-out-of-time. But Perelman has gone further in his music. He has gone beyond the abstract impressionists – in Serendipity for instance. His aesthetic has made an often unwelcome incursion into the solemnity of the gallery space to pop up as if by magic, by nakedly tonal chord sequences and arpeggios; signing a comparable Faustian pact; a dubious sell-out of purist modernist aesthetics. The frightening brilliance of The Edge is both an anthem and an announcement; a joyful account of encountering minimalist music. This music – Perelman’s divinations, that is – dances and pulses with a special life, its motoric rhythms, burbling, highly amplified figurations and mournful sustained notes booming out of the speakers fills, as it were, the bleak prospects of the emptiness of modern music. It is as if empty streets would be filled with the revelry of this originality; as if the silhouetted high towers of monochromatic aspect would suddenly burst into riotous colour (a Pollock?); his solitary saxophone improvising without restraint as if painting a memorable postcard of the new era of the avant-garde. A great gig is unfolding in the sky above New York City. 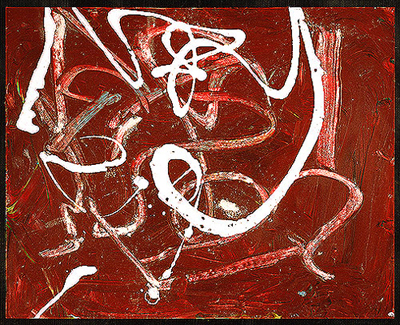 Five decades from the first stirrings of Rauschenberg and Pollock – more recently Warhol – this music is much more than a nervous twitch. The unraveling of Ivo Perelman’s music is almost akin to the force behind the movement that bore those painters and the music of Coltrane and Coleman. It is a done deal. It is a new history written by the victors of the avant-garde of the new millennium and the decade since the clocks ticked over; a triumph of music that, where the modernism of Stockhausen, Boulez and others that had alienated music-lovers was set gently aside, as Perelman gently rescued music from the hands of the minimalists but aligned it with the unique challenges that (minimalism) presented together with the responsibilities dodged by introverted, self-serving Euro-modernism.

The inner life of Perelman’s music is more nuanced than it seems at first blush. Each record than has been made during this, his most prolific decade, is a cannily spun history of music that begins with minimalism and spreads out to encompass a wide swathe of musical events that have unfolded since the 60s onwards. Perelman has enjoyed superb support from a forward thinking label – Leo Records – and a gentle, yet persuasive push from his PR agency, DL Media. Each recording and each impulsion spreads like the paint on a moistened canvas to reposition Perelman ever-so-subtly as his music moves from one vantage point like a superhero leaping from one vantage point to the other over a silhouetted New York City until it has become today, an integral part of that landscape, as integral to the ever-changing soundtrack of one of the greatest cities in the history of modern music. 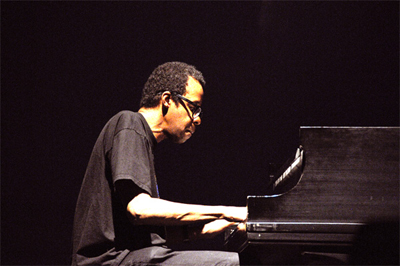 This is not intended to sound unnecessarily laudatory; it is merely a statement of fact. Take Perelman’s celebrated collaborations with Matthew Shipp – The Art of the Duet – Volume One and Book of Sound, The Other Edge as well the monumental Callas, Complementary Colors and his most recent Butterfly Whispers. In the greater scheme of things those recordings represent an import high watermark of this era of music. One is often reminded of the intrepid bombast of Charlie Rouse played across the angularity of Thelonious Monk, or Ornette Coleman and Don Cherry. It is the dominant narrative of the decade in which the music has been recorded, always leading to the same conclusion: modernism bad but Perelman good.