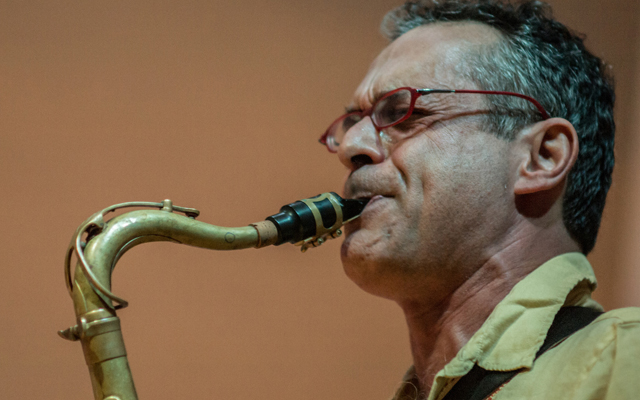 The broad and glistening arpeggio, which had always been one of music’s essential building blocks as the staging posts around which melodies were constructed and as a filigree of classic passagework, found itself in the foreground of modern composition during the mid-1960s. It was as if a minor triad could fulfill Andy Warhol’s decree that, in New York City, everyone could bask in their 15 minutes of fame. As Warhol plastered the walls of downtown galleries with looping images of Campbell’s tomato soup cans and the recently deceased Marilyn Monroe; and as Robert Rauschenberg and Jackson Pollock were revolutionising the worldwide landscape of visual art by creating spectacular twists and turns of colour on canvas Ivo Perelman a prodigiously talented classical guitarist born in São Paulo was cutting his teeth, listening here and there for what was to become a singular musical voice; playing cello, clarinet, then trombone before settling on the tenor saxophone, having been seduced by the cool sound of Stan Getz and Paul Desmond. Not long after these musical peregrinations Perelman made the real journey of his life. Relocating to the US, first to study at Berklee he had a devastatingly inspiring collision with the music. 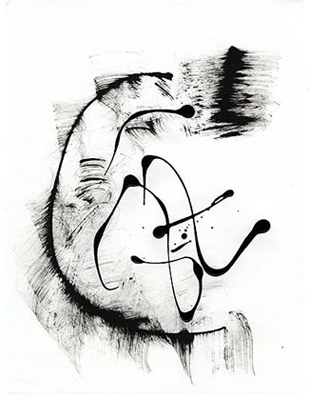 John Coltrane, Albert Ayler – two members of the Holy Trinity – were jostling for space inside Perelman’s head as he re-located, soon after leaving Berklee, a year into his studies, to Los Angeles. Cool jazz head-butted the incendiary musical preaching of Coltrane and Ayler. The move to New York was inevitable. His earliest work – far from finding favour with A & R men – was performed in gallery spaces, if not in lofts, dives and steamy clubs. No concert hall would have been foolhardy enough to give this arpeggio-fixated saxophonist a gig. Perelman inhabited spaces built for the indelicate screeching and might warbling that was beginning to inform the music of this tenor saxophonist, who though nowhere near as recognisable as the Marilyn Diptych was now being seen as a descendant of Trane, Ayler and a new thing that was beginning to roar from the speakers of art galleries and lofts, dives and steamy clubs, with one big difference: the last time he inhabited those venues, he might have been playing for rent, but now audiences were listening with intent as Ivo Perelman was setting out to define his sound, born of the joy of being Brasilian, but now satiated with the sound of jazz.

Ivo Perelman’s music has extended to a just over 50 albums. He is prolific. Usually this kind of pace will make for a streaky record now and then. But not Perelman. It seems that every time the final notes on a particular session dies life begins anew and Perelman the musician is there to birth the notes and idiomatic phrases; the darting lines loping like startling parabolas that describe the ideas as they spin out of his head. The music is visceral and exciting, and painterly, not in a romantic sense as he breaks from the emotions of European music, but born of jazz and that too, the contemporary – to use a once much-vaunted term – ‘avant-garde’. Notes melt into harmonic paint that begins to decorate the blank musical canvas. There is a hint of melody, which, just when you think it’s going one way, zigzags in another direction. His saxophone begins to plaster the canvas with moist and dripping lines of sound – the equivalent of brush strokes that start in black and white… and then as if by magic, colours begin to form before your eyes; tone textures fill the mind’s ear.