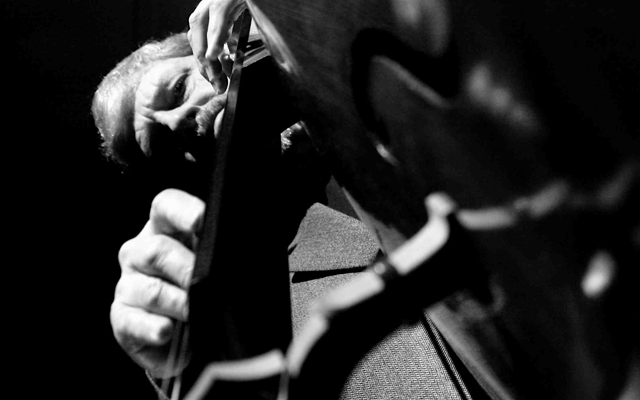 It may be a gloomy, draughty late March day in a messy part of the Toronto’s West End. The wind has drilled its way into my bones as I turn down a tree-lined boulevard, now stripped bare by a winter that refuses to relax its grip on the city, indeed all of Canada. But then I see the tall figure waiting for me as I near the bungalow tucked in between two others that jut out of the line of houses on 12, Flanders Road. He lets me in and I walk past a grinning ginger-haired cat and am ushered into the basement that also houses an old studio where once a legion of musicians hung out, swapped stories about the old days in Vancouver, Toronto and New York. We settle in a corner room adjacent to the console room of the studio. Our room quickly warms up with reminiscences by the man who has been a transformative figure in Canada’s music history for the past five decades and more. An authentic superstar, and as Canadians go, almost painfully shy and retiring off stage. Don Thompson. One of those rare human beings and a brilliant and rare performer – like Martha Argerich – whose appearance on stage and in the studio creates an excited hush until the last notes of his music has vanished into thin air. And then the riotous applause begins. 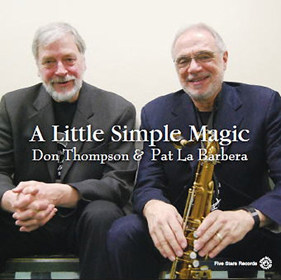 “Don Thompson is a genius,” Canada’s decorated saxophonist and flutist, Jane Bunnett, tells me when I asked to be introduced to the man. “Equally so,” she continues, “as a composer, arranger, pianist, bassist and vibraphonist. He has a style of playing that is utterly distinctive on each instrument, often idiosyncratic.” Bunnett and Larry Cramer, her trumpet-playing, producer-husband sought Thompson to write arrangements for several charts on Bunnett’s iconic album, Red Dragonfly which went on to garner a clutch of awards for both Bunnett and Thompson. Idiosyncratic? Distinctive? I readily agree, not the least because I have attended Don Thompson performances in small clubs and large concert halls. One I remember vividly was an utterly memorable one for the ages, at The Art of Jazz Celebration in 2008 at Toronto’s historic Distillery District. The concert featured the great Honouree Egberto Gismonti, whom Don Thompson and a marvellous band including Jane Bunnett on flute paid tribute to with the debut performance of Thompson’s ‘Egberto’ a song dedicated to Gismonti. The Canadian virtuoso, as I recall, directed proceedings from behind his deep, resonant bass. At its best his sound was ravishing, magnificent. You could recognise Thompson’s way of playing instantly; too many bassists, pianists or vibraphonists would be unrecognisable even after a whole concert. But Don Thompson is different. Horace had written about men like him in ancient Greece: ‘poeta nascitur non fit’. The ‘poet is born, not made’: it is a most credible judgement on Don Thompson.

Part of the magic was Thompson’s ability to project charisma by the way he choreographed his concerts. He’d come onto the stage and depending on whether he would be playing piano he would sit with on his stool, or if he were playing bass or vibraphone he would stand, he would pick up his bass, or mallets. Erect, head held high, he would throw his hands in the air with a flourish. Then as he struck the first notes on either instrument he had this dramatic way of revealing the gorgeous melody with a flourish. There was a certain ego there. But that’s what gave him the drive to establish an audience around the world for his music. He is venerated in Japan, a country that he has visited several times. He is less-known now, but no sooner than the publicity machine gets to work, he is welcomed like royalty by jazz and classical cognoscenti in the United States. And in Canada, he is virtually the patron saint of jazz, of classical – indeed any genre or idiom of music known to man woman or beast. It has been that way ever since Don Thompson broke into the music scene in the continent in the early 1960s. 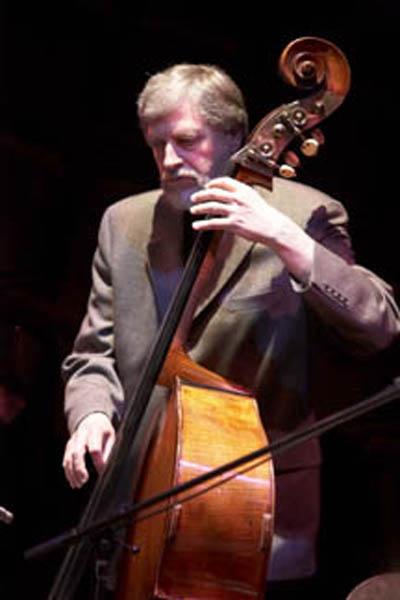 So what was so special about the music that captivated audiences and audiophiles? What was so definitive about his instrumentation on any instrument he played? His legion of students and admirers would draw attention to the impressiveness of the maestro’s technique, but more significantly recall his unsurpassed musicianship, the soul, passion and feeling that he put into his music. His is a uniquely beautiful sound through which he continually achieves an incredible variety of colours. He also bristled with intellect. And intuition. He appeared to be made almost completely of music. No one who has heard him play is ever the same. I certainly was not. On that unforgettable day in March, as we sat by his computer surrounded by a grand piano, a vibraphone and three contrabasses including the over 100-year-old French bass he plays on all of iconic performances, I ask him to play his tune ‘Egberto’ to get us started. He turns and with a few clicks of the mouse of his desktop he scrolls down his iTunes library. “I’ll play you the version with strings,” he says. I draw in a breath and cannot breathe out as the music fills the air in the room. I am familiar with the melody, but the song is completely reborn. Chorus after chorus of strings arouse the jazz band that plays the melody. I lose my faculty of speech by the end of it, tearing up like a child. I want to ask him to play it again, but all I can manage is ‘Ahhh!’ I want to take up the piano again.