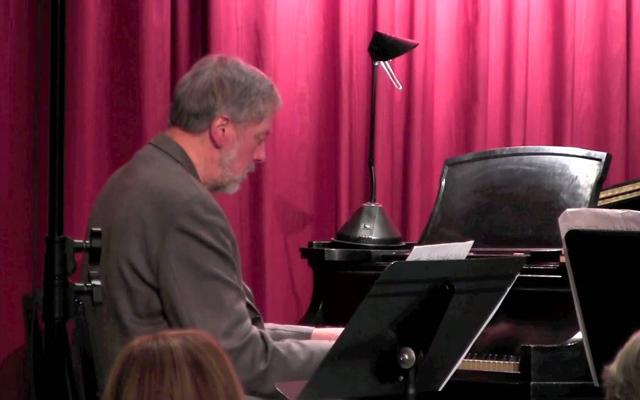 Countless musicians – bassists, vibraphonists, pianists, saxophonists, trumpeters and trombonists, even vocalists can testify to having been inspired to play and sing after listening to Don Thompson play or listening to one of his compositions. My brother was hooked form a young age. I remember a heavy Don Thompson LP being dropped onto the turntable at his home in Milton, Ontario, and I was captivated. I had not listened to that album for a few years after, but I still remember everything on it. The bass solo that followed John Handy’s alto break on ‘If Only We Knew’. The lovely pizzicato break deep into ‘Spanish Lady’. Handy had told the band, “We are going to make history tonight.” And so they did. Don Thompson was an instant legend in America after that. I remember listening to that LP a long time ago at a noisy party, but I remembered the bass parts, the improvised solos and so on. Little did I know the effect this would have on me? I can see how musicians have for decades since then, been fired up by Thompson to take up any one – just one – of the instruments that he was proficient in. The awe in which he was held from then to now, at the Banff Centre in Alberta, or Humber College, where Thompson taught, and by audiences wherever he performed was obvious. Even those who had yet to make up their minds about a career in music were in awe. Don Thompson was the Jimmy Blanton of the bass, the Glenn Gould of the piano and the Red Norvo of the vibraphone. In fact, you might say, Don Thompson is music itself. 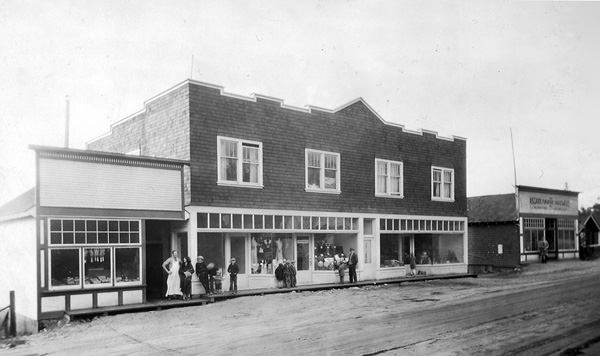 Powell River is a city on the northern Sunshine Coast of south-western British Columbia, Canada. Most of its population lives near the eastern shores of Salish Sea, which is part of the larger Georgia Strait between Vancouver Island and the Mainland. With two intervening long, steep sided fjords inhibiting the construction of a contiguous road connection with Vancouver to the south, geographical surroundings explain Powell River’s remoteness as a community, despite a relative proximity to Vancouver and other populous areas of the BC Coast. At its most populous, the City of Powell River number a little over 13,000 souls. While not on an island, Powell River is accessible to vehicles only by ferry, in fact a sequence of ferries for most of the rest of the continent; the surrounding fjords banked by mountainous terrain have made roads to other areas of the BC mainland thus far unfeasible. At one time the principal means of economic livelihood was the city’s paper mill. But over the years the economy diversified and this led to an increased focus on ecotourism and the arts, in addition to more traditional resources like mining, fishing, and general forestry. In recognition of its strong arts and cultural programs, Powell River was named a “Cultural Capital of Canada” in 2004. But what arts, you might ask? There was hardly a club in sight and when you found one it was more than likely that the music you heard might come from a brightly-coloured jukebox. Hardly the kind of place you would expect someone with a calling for music to live his or her impressionable years in.

This is exactly where Don Thompson was born on January the 18th in 1940. The radio was his principal form of contact with the rest of the world, as you would imagine. School was ordinary and participation in the school band became de rigueur. Fortune, however, favours the brave, and Thompson, armed with some music lessons, that did not teach him how to read music. But by exposing himself to recordings he furthered his music education perfecting the art of playing the double bass by developing a technique where he used his long fingers to caress the old gut strings. The piano came not much later. He had to get out of Powell River to further his musical calling. By the time he was twenty Thompson packed his bags, his bass and headed to Vancouver, British Colombia. The music scene was a lot livelier and Thompson quickly hit his stride. He made connections with local musicians, began to freelance in local bands, became sought after for his exceptional technique and the beauty of his sound. His rise to eminence thereafter, was meteoric. Between 1960 and 1965 Thompson appeared with various jazz troupes led by Vancouver musicians such as Dave Robbins, Chris Gage and Fraser MacPherson, as well as leading his own musical groups. In addition to appearing regularly on CBC radio and he was often a featured artists on television. 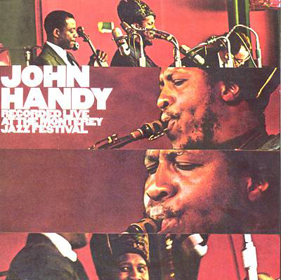 Sheer ambition and evangelistic zeal for spreading the word of jazz is what marked off Don Thompson. It was that zealot-like intensity that led him to be ‘introduced’ to the alto saxophonist, John Handy, who flew in from Monterey, California the day after his historic concert with Charles Mingus’ Big Band. Handy had descended upon the city for a series of dates and Thompson and his lifelong friend and drumming companion, Terry Clarke were the saxophonist’s Canadian rhythm section. John Handy introduced his Canadian rhythm section to America in the fall of 1965 with his own historic concert at Monterey. It was after this concert that Don Thompson was ultimately lifted unto the proverbial pedestal. It was here that Don Thompson became ‘Don Music’. The group – featuring John Handy on alto saxophone, Michael White on electric violin, Jerry Hahn on guitar, Thompson on bass and Terry Clarke on the drums. This legendary ‘Toronto rhythm section’ fired up Handy’s greatest quintet. They made Recorded Live at Monterey Jazz Festival on which they played long and hard, turning up the visceral excitement of Jazz from the late 1960s. Often the music reached almost spiritual heights with the members of the quintet stretching on long solo musical expeditions.