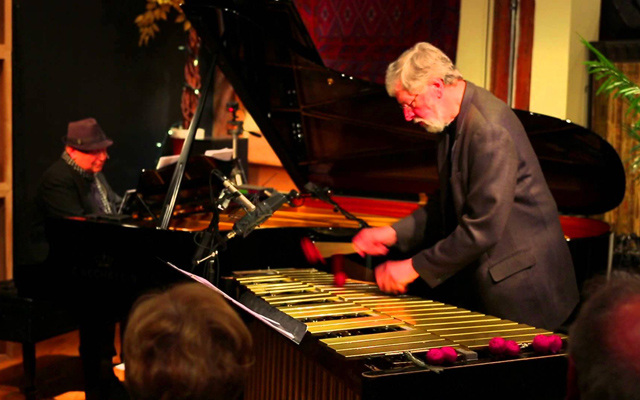 Obsessive perfectionists, each musician polished the music to such an extent that these works became gleaming gems. The five members of the ensemble parley with the familiarity of old friends, yet their playing retains that sense of fierce individuality. Nothing is forced or exaggerated or overly mannered; tempos, ensemble and balance – all seem effortlessly and intuitively right. This group went on to make three decade-defining recordings. Their second album, entitled The Second Album contained a track entitled ‘Scheme # 1’ came to the attention of Igor Stravinsky who used it as an example of the musicians’ unbridled improvisation as music at its finest, during a lecture he gave on music. Such was the fabled trail that the quintet blazed on their historic recordings during the raucous time of the American avant-garde. Don Thompson had become, with the drummer Terry Clarke, a dominant force in the music of that era. Now the two musicians had a fan following. The musicians at the heart of Jazz were also sitting up and taking notice. 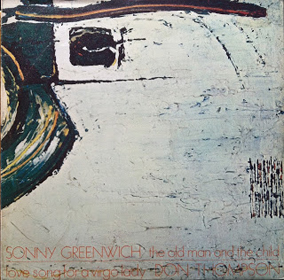 Clearly prodigiously talented, Don Thompson was sought after by some of the greatest names in music of that era. He and Clarke travelled through the clubs and music halls of San Francisco playing with Frank Rosolino, Maynard Ferguson, Denny Zeitlin and George Duke. As the avant-garde was winding down so-called ‘hard bop was tightening its grip on Jazz. Don Thompson remained stubbornly loyal to music – unpredictably wild, masterfully innovative music. His perception of the instrument had changed, becoming more richly melodic. Thompson also added piano to his performances – and vibes – but the bass remained the mainstay of his repertoire. In 1967he returned to Canada and began to reside in Toronto in 1969. That year he joined Rob McConnell’s Boss Brass as a percussionist, switching to bass in 1971 and later to piano (from 1987–1993). He was also a member of the great Moe Koffman’s group from 1970 to 1979 as pianist or bassist, contributing arrangements and compositions and working as co-producer with Koffman on two albums, Museum Pieces and Looking Up. He also worked extensively with guitarists Ed Bickert, Lenny Breau and Sonny Greenwich while keeping busy with his own various projects. As a member of the “house rhythm section” at Toronto’s Bourbon Street Jazz Club he worked with Paul Desmond, Jim Hall, Milt Jackson, Art Farmer, James Moody, Zoot Sims, Clark Terry, Harry Edison, Frank Rosolino, Slide Hampton, Lee Konitz and Abbey Lincoln, and appeared at other venues with Sarah Vaughan, Red Rodney, Joe Henderson, Dewey Redman, Red Mitchell, Sheila Jordan and Kenny Wheeler.

The 1970s was an important decade for Don Thompson. He solidified his reputation as a musician and a composer and became a part of two of the greatest musicians ever to pick up and play the guitar. The first of these was a Montreal guitarist who would later turn the legendary Wes Montgomery speechless, when he sat in with Montgomery’s band at New York’s fabled Village Vanguard. That musician was Sonny Greenwich. The other musician was Jim Hall. Thompson became a member of guitarist Jim Hall’s trio in 1974, travelling to Europe and Japan as well as touring the United States and Canada. With these two musicians Don Thompson performed almost continuously on stage and in studios, including one that Thompson had built for himself in the bungalow on Flanders Road where we were now seated. His music with Sonny Greenwich is some of the greatest music he has ever played. Greenwich was easily one of the finest guitarists in Jazz. Completely self-taught, Greenwich had an unerring instinct for music. He could play virtually any standard in any key, Thompson told me. All he had to do for Greenwich was to play a few notes of a melody and the guitarist would adjust the key and take the music away. 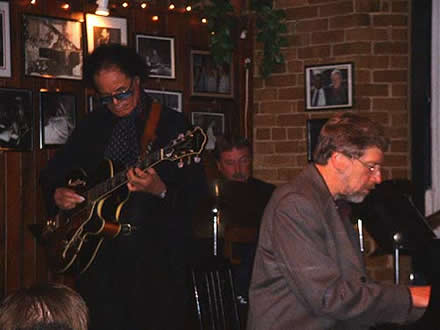 Of the literally hundreds of performances that Thompson and Greenwich played up and down Canada and in the United States only a few have been captured on vinyl and disc, although Don Thompson has recorded virtually all of their repertoire on his own ½ inch tapes. The Old Man and the Child on the Sackville imprint is one of the most memorable recordings that the two musicians have ever made. Its music seems to hold all of the anguish and joy of the blues and the fury and unfettered exuberance of Jazz. Both Thompson and Greenwich embrace these aspects of the music following the billowing almost orchestral harmony. Their music billowed like a white hot volcano of intense expression; it presented formidable technical challenges, all of which the musicians surmounted almost with disdain and nonchalance, the guitarist’s and the bassist’s focus resolutely serving the score and not the mechanisms involved in playing it. Both Thompson and Greenwich display a rewarding sense of rhythm, high sprung, light and incisive and entirely secure. But hearing them navigate through the massive melodic cadenzas as if their bittersweet grandeur were the most natural thing in the world leaves no doubt that here was a duo to be watched and reckoned with.