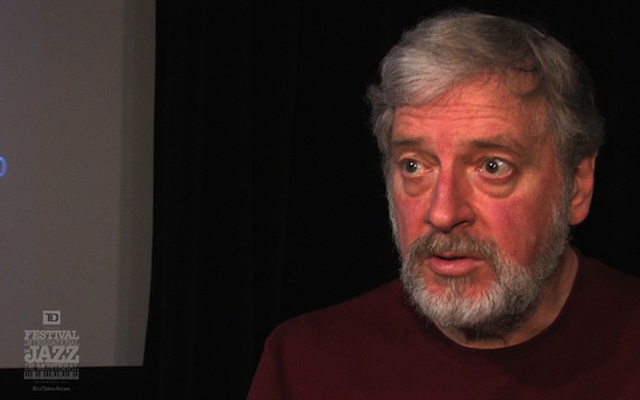 Watched and reckoned with they were although unfortunately much of it never made it to record. But Thompson came to the attention of another musical legend, the impresario, record label owner, music magazine publisher and one of the music’s most discerning producers’ John Norris. The British-born Canadian had set up his iconic shore on the Sackville Street and he founded his label with the same name with another seminal figure in the Canadian music scene, Bill Smith. To these two partners in crime, Don Thompson became a most favoured stable mate. The bassist and (now) fulltime pianist and vibraphonist as well became a musician of choice on innumerable recordings, backing Junior Mance, Buddy Tate, Ed Bickert, Joe La Barbera, Frank Rosolino and a slew of other musicians – not the least being the great Toronto guitarist Lenny Breau – who either lived in Canada or were Americans attracted by the burgeoning Toronto music scene. Two of these happened to be Paul Desmond and Jim Hall. Don Thompson became a regular member of Jim Hall’s band touring The US, Europe and Japan with the guitarist. Thompson also made six records with Hall. One stands out from the rest. Jim Hall Live made for Herb Alpert’s A&M Records was a defining moment in both guitarist’s and bassist’s discography. Recorded in 1975 before a packed audience at Bourbon Street, one of Toronto’s flourishing clubs in the 1970s and 1980s by Thompson himself, the album also featured Terry Clarke on drums. Jim Hall called remembered the performance as one of his finest, most rewarding of his long and illustrious career. The trio’s performance is refined, articulate and atmospheric, confident and percussive immaculately poised and thoughtful. Thompson in particular cultivates a beautiful, poetic tone with orchestral touch. 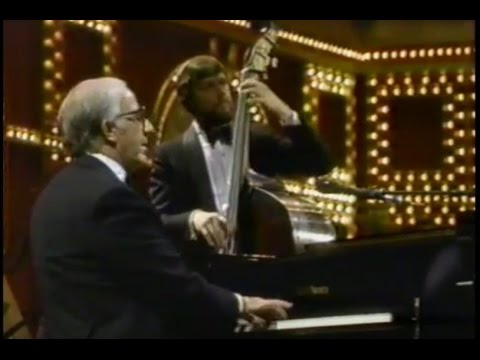 By the time the 1980s rolled in Don Thompson was one of the most desired musicians in Canada. His compositions were precious heirlooms. His playing on bass, vibraphone and piano, already very sophisticated, now inhabited a rarefied realm. His reputation as a first call musician was spreading as rapidly as the rumour of a raid. And raiding was what many musicians were plotting as they began to march across Canada in search of him. Meanwhile ‘fusion’ was spreading like wildfire in the Jazz capital of the world. Miles Davis had invented himself once again and a battle was brewing between him and the young Turk, Wynton Marsalis, who was making a determined effort to steer Jazz back into the tradition of Louis Armstrong and Duke Ellington. David Sanborn and Grover Washington Jr. were being lionised as the term ‘smooth jazz’ was being bandied about on radio stations of the world. Don Thompson, however, remained stubbornly true to his roots. His career continued to flourish in Canada, with a slew of recordings as leader on the Sackville imprint as well as others. In 1982 the legendary British pianist George Shearing sought Thompson out. It did not take much convincing for Don Thompson to join Shearing, initially as a bassist, but who, on occasion played mesmerising four-hands on the piano with Shearing. But it was not simply entertainment and although comparisons are odious, there were those who were heard to say how much like Victor Borge and his piano partner Don Thompson and George Shearing looked. And they weren’t very far from the truth.

Don Thompson stayed with George Shearing for five years to the day, touring extensively across the United States, where he played every major venue in the country, and Europe, where the story was very much the same. There were also tours of Britain and two significant tours of Brazil. He made two records with Shearing for Concord Records, but the most memorable one was an intimate recording called At Home. In 1983 Shearing and Thompson had begun a six-week residency at Michael’s Pub on East 55th Street in New York City. It was around that time that the two men rehearsed in Shearing’s New York apartment. Things went so well that Don Thompson and Shearing’s wife, Ellie decided to produce a record containing music from those rehearsal tapes. There are many great performances by Thompson in the studio, that he made throughout his career, but, to my mind, this is one of his greatest triumphs; a wonderfully intuitive account of some of the finest standards. If this joyously articulate and raptly communicative performance is anything to go by, it’s clear that the intervening decades had only served to heighten and refine Thompson’s responses to this achingly personal music. With his immaculate technical address and ravishingly songful mellow tone, Thompson strikes precisely the right balance between classical strength and private introspection, his contribution as full of radiant spontaneity and tumbling fantasy as one could wish. 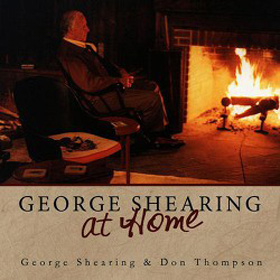 Thompson is also blessed in having such a scrupulously attentive partner as George Shearing, who procures playing of the highest quality from fingers that forever caresses the keyboard of the piano. Tempi throughout on that record are uniformly well judged. Songs, such as ‘Laura,’ ‘Confirmation’ and ‘Beautiful Love,’ combine suppleness of purpose, leading to quicksilver improvisations that eschew any suggestion of hectic flashiness. To the glorious slow and balletic ‘Things We Did Last Summer’ Shearing and Thompson bring an unexaggerated depth of feeling, tenderness and flow that put me in mind of Bill Evans’ alliance with Scott LaFaro. Throughout the music is splendid. Faster songs such as ‘Confirmation’ is beamingly playful; what captivating swagger Shearing locates in those rolling arpeggios, which really do leap off the page. And just listen to the relish with which both soloists tuck into their irresistible unison lines that flow ever onward. The tingles materialise early as the shadows begin to lengthen: those devastatingly imploring movements on ‘Can’t We Be Friends’ do move to the marrow every time, while that final wistful reminiscence of the final bars certainly distils the requisite lump-in-the-throat poignancy. All in all, George Shearing and Don Thompson could never be more trenchant and tasteful of the music they perform here and I feel confident its unstinting appeal will not dwindle with the passing of the years. Thompson returned to the Shearing band for two more years towards the end of the 1980s and the work was spectacular too, but At Home holds a special place in my heart and I simply cannot get enough of it.