This is a profoundly beautiful recording full of astute, nuanced shades leading each strand of vocal and instrumental music with routinely marvellous singing and instrumentalism. Buechi’s masterful long notes are sung with breathtaking sweetness and beguiling charm. And yet when she needs to be brutal her words are sung with stabbing pointillism. There are few vocal recordings more captivating than this one. 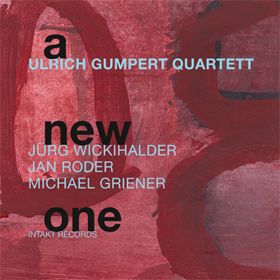 This recording takes its cues from the chopped rhythms and angular melodies encountered in a realm where Thelonious Monk and Cecil Taylor meet. But whichever extremity to choose to look at it from the experience is equally rewarding. The delicate – admittedly nebulous – balance between keeping your steely distance while employing a touch that can move the erotic into fetishising the relationship between fingers that caress keys – in other words the hallmark of good piano playing is in evidence all over this recording. The shape-shifting pulse, at times nudging the rhythmic flow towards the asymmetrical, the playing mighty overt is delightfully clandestine. The best part of this approach is that it enables the musicians to launch into the pieces proper and pursue a deliberate rock-steady course that at first seems obsessively literal (those slightly precious staccato chords), yet the carefully built climaxes and increasing variety in character generate assiduous momentum. In this context the rapid scales of ‘The Bop & The Hard Be’ and hurling central minor-key section are surprisingly bracing and angular, forgoing the rippling poise that the players bring to this particular piece.

Superlative improvised music seems almost in abundance these days and it is sometimes hard to tell players apart. But this group is distinctive. For my ears the Ulrich Gumpert Quartett brings everything home in a way that is deeply personal, vivid and unique. No one who loves contemporary music or exquisite piano-playing for that matter will want to miss this one. 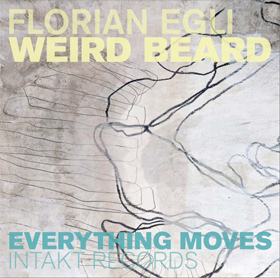 Florian Egli has been called by his most ardent fans a prince among saxophonists, a hyperbolic claim, some might argue, for a musician still so young. Yet his galvanic music is among the finest on record – on the Intakt imprint at least. Judging by the results of this programme it is hard to argue with any of that. Everything Moves is among the most compelling discs in recent memory. The airy saxophone that goads on an equally airy guitar held together by a deeply throbbing electric bass is quite distinctive. The performances of these musicians are revelatory of breathtaking beauty and incomparable power. Most striking, perhaps, is their unforced naturalness. Never waylaid by wealth of detail and opulent texture the harmonic moments are given singularity of purpose. Everything flows with the inevitability of speech, precisely articulated, direct and unmistakably sincere. Musical gestures are used with the utmost tact, enveloping appropriate passages in a shimmering aura that serves to heighten contour and colour. At the root of each piece is infallible rhythm, from whence branch and flower lilting pulses and a living, breathing rubato.

This is a kind of thrill-a-minute disc. The kinesthetic intoxication of the performance dazzles in a variety of originality of concept and execution. It is also viscerally thrilling. The suspicion is that bassist Martina Berther and drummer Rico Baumann have much to do with this. One is not wrong in assuming so. The rumbling voice of the former and the growling stutter of the latter make this music unpredictably brilliant. 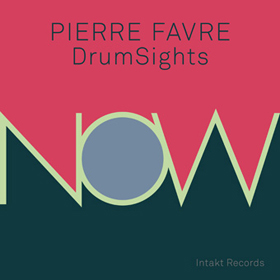 Anything that comes by way of music from Pierre Favre is a wealth indeed. And here on Now you are once again reminded of how important his far-reaching music derived from his own percussion aristocracy ought to be discerned, perceived and listened to. This heady mix of alternating violence and tenderness, innocence and seduction is as mesmerising as the fabled music of the Pied Piper of Hamelin. Mood swings are extreme, telling you that even the Swiss admit that their temperament can reel from sadness (an inimitably ‘blue’ tint) to a crazed exuberance with little in between. Favre has technique in spades and this disc is the quintessential Favre: surprising, experimental, familiar and at the same time so mysterious that it always keeps you guessing. In fact this is a showcase for the avant-garde sensibility of musicians who lives constantly on the edge. And then to make a record as new and unfathomable as this is to buck the system with even greater force. Of course the drummer is ably assisted by three other fine drummers: Chris Jaeger, Markus Lauterburg and Valeria Zangger.

The melodies are elegant, if slight: This quartet of drummers/percussion colourists play with superb and utter nonchalance. It’s hard to say who sounds best; perhaps it does not really matter as there is very little daylight between the drummers. Still Pierre Favre being the elder statesman that he has become in recent years is impressively commanding and authoritative. What’s more he seems to be thoroughly enjoying himself.