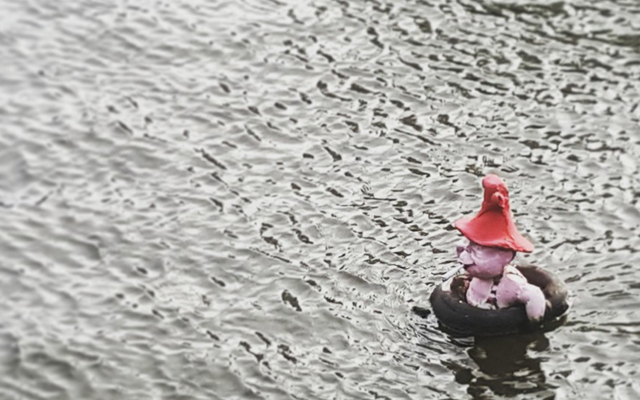 Listeners are the unsung heroes and heroines of all music. Composers have their reverent biographers, their biopics and even statues in the public square; performers have ecstatic fans, groupies, limos and the recording contracts. But who cares about the nice ordinary listener, the third member of The Holy Trinity, as Benjamin Britten once described him or her? You’d be surprised how many musicians do because listening to music is not just a matter of humming the melody along with the recording; it’s an attempt to divine a vision promised to the composer, conveyed in patterns of notes to the listener in ways that are not always obvious. The vision is sometimes hidden, and can be revealed only by attentive listening and patient study. Nowhere is this more obvious; even de rigueur than in the case of free improvised music. Cue in music that is produced by among a thin sliver of British producers: Rare Noise Records.

The label has consistently challenged its musicians and listeners not only to enjoy music as part of a social occasion, but also to be heard in absolute silence. To create an almost sacred space where notes echo and the voice of guitar, bass and drum, trumpet, saxophone and electronic console weave themselves into the ear and form magical quilts of music that hold the listener spellbound not only for the duration of the music but also long after the last note of the last chord fades and dies. Here are several examples of music from the Rare Noise imprint. Each is deliciously different, each makes its own statement and yet each represents a moment of truth for a label that has constantly challenged its artists and its listeners to go where they have never gone before. 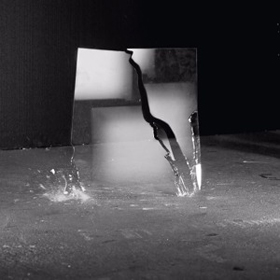 Here, as is customary, roots in and branches from jazz often surface, but there is much more going on: Schwalm skilfully, imaginatively and (by-and-large) subtly mixes in elements of electronic music, rock, contemporary composition and the occasional noise music. Although most pieces develop from beguiling, elegant melodies, what makes them so special is Schwalm’s way with arresting textures and colours. These sonic creations stimulate mental pictures of mysterious narratives, evoking the work of mighty chroniclers and visionaries, yet they are and always will be regarded as distinctively part of J. Peter Schwalm’s own sound world.

To complement the crisp clarity of the electronics Schwalm has sown carefully constructed pieces with sections of Eivind Aarset’s magisterial guitar improvisations slid into dancing musical molecules of his own. As a studio production this music works beautifully. It will be fascinating to hear how it translates when the musicians take the set on the road. 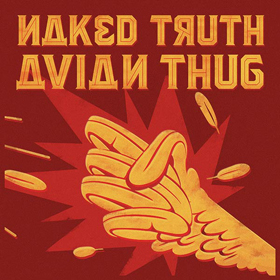 Some people’s initial reaction on hearing Graham Haynes’ electronic trumpet harmonic voices loops and rhythmics might be ‘this is not jazz’. Well of course it isn’t; it is music pure and simple – and damn good music at that. This multi-disciplinary group featuring indescribably beautiful electronics by a keyboards master, Roy Powell, prowling bass work by Lorenzo Feliciati and the master percussion colourist Pat Mastelotto takes its music to a rarefied realm recasting conventional musical wisdom and cutting (and splicing) improvised music to the bone. The result is a sound frequently closer to ethereal minimalism than anything these musicians have played in recent times.

There is ample breathing space for the musicians to develop their own instrumental ‘singing’ voices. This record is a complex meditation on the interaction between visceral humanity and virtual reality. It is a treat for the ear and even if it doth boggle the mind, it is a neural musical adventure from end to end immaculately captured by the producers and engineers alike. 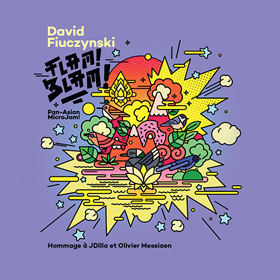 This recording is sub-titled ‘Hommage à JDilla et Olivier Messiaen’. Strange bedfellows, perhaps, but the music is both surprising and welcome. What is no surprise, however, is to hear how well integrated this work sounds. The maverick guitarist David Fiuczynski is so well-formed in his approach to his instrument and yet his style remains elusive, deceptively simple, limpid, of euphonious tone, discordant, logical, but nonetheless oblique, unpredictable and yet melodic. The added support of empathetic musicians including the sensational alto saxophonist Rudresh Mahanthappa on three tunes adds drama and flattering dynamics to this set.

This is a wonderful performance, especially by guitarist David Fiuczynski, whose musicianship has never have been in any doubt and is now being cemented by the performance on this disc. The ghosts of Messiaen and JDilla are omnipresent throughout the set, but it is the group that scores high marks for this ethereal recording. 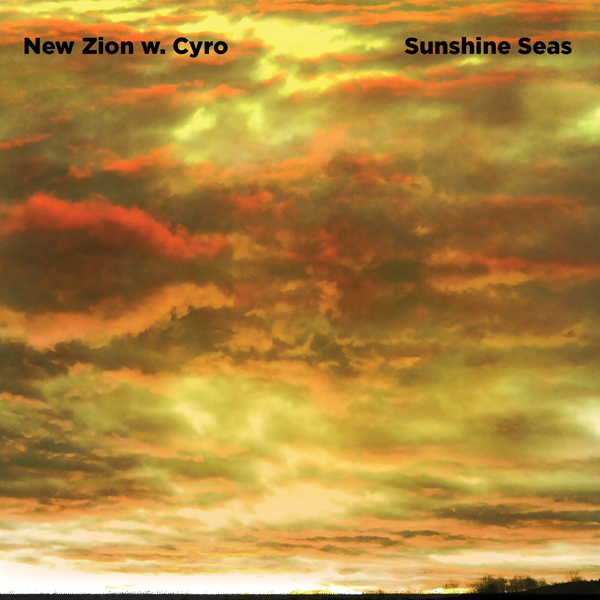 There have been many opportunities and many settings in which the infectious genius of Cyro Baptista has been aglow with music not so different from the sorcery of that other Brasilian that drives us crazy with lust, Hermeto Pascoal. This recording, Sunshine Seas may be one of the finest outside of Baptista’s Beat The Donkey sessions. The subversive, almost guerrilla-like vignettes, the sensational splashes of colour form Jamie Saft’s keyboards, guitars and electric bass, from Brad Jones’ acoustic bass, Craig Santiago’s melodic drums and a heavenly vocal on ‘Sunshine Seas’ by Vanessa Saft. For the most part, though the music souped up fare. Every cadence, pause, rhythm and metre change is faithfully caught with meandering appeal.

This is an exceptional recording, as would any recording which was shared by Jamie Saft and Cyro Baptista, who brings his entire battery of Brasilian percussion to this date. It is witty and charming by turns. Performances throughout are remarkably nuanced and piercingly beautiful. 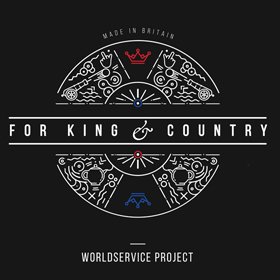 A biting sardonicism runs through the throbbing veins of this recording. But it is well-conceived and written in a manner not unlike the lively and crushing Dadaism of Frank Zappa, albeit in the context of British humour. The music is electrifyingly energetic: romantic in the grand, sweeping, swashbuckling sense. The faux-noble writing is articulate and characterful. Saxophonist Tim Ower and trombonist Raphael Clarkson play with beautiful tone and emotion. The recording is not a virtuoso roller-coaster but a tortured, extroverted masterpiece and it needs all of the listeners’ emotional maturity to understand this. The real star here is the ensemble, the ebb and flow and the transparency of the textures controlled by Dave Morecroft’s vocals.

The trick, however, is to put yourself in the pomp and circumstance, for instance, of the changing of the guards to appreciate the wickedly ironic wit of this recording as it tumbles and unfolds like a clenched fist unclenching reluctantly.