Home Music Will Boyd – Live at the Red Piano Lounge 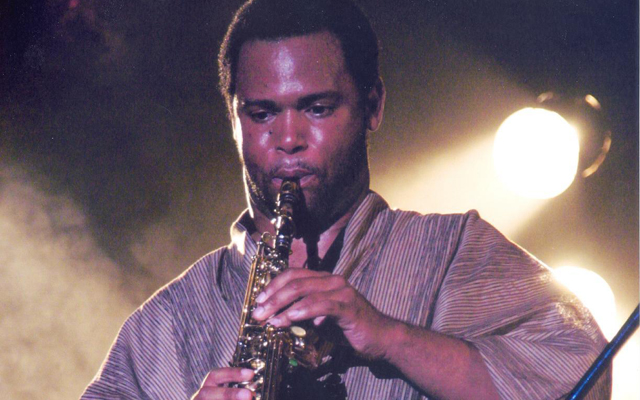 On the strength of his all-too-short, but ever-so-eloquent cadenza to kick off “GW Blues” at the beginning of this album alone, Will Boyd may be judged as having been born to play the blues. His extraordinary musical account on the soprano saxophone, played with scintillating agility, is the epitome of grace and heartfelt sincerity. His baritone excursions are vocal-velvet and reveal an exemplary sensibility of rare emotional refinement. Clearly Mr Boyd shows he is part of the great tradition of horn-men who have come before him. 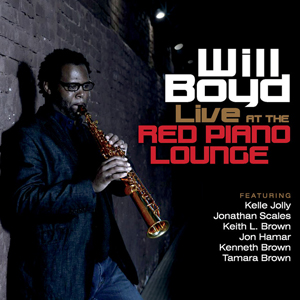 Mr Boyd has a way of conjuring moments of mesmerising stillness on interminable, balletic songs such as “Waltz for Rena” while elsewhere he is not averse to use virtuoso fireworks to lift the appeal of the music. But never is this done in the form of ornamentation for ornamentation’s sake but whatever he does is always for the greater glory of the music. Even on the relatively simple melodies such as “Shamena” his playing is ultra-vivid from start to finish, revealing a level of musicianship that makes things happen around him in a way that draws everyone else into the energy of the music. Many of the tracks are made more memorable by the presence of a wonderful group of musicians and are especially redolent in the tart beauty of the steel pans of Jonathan Scales.

The compositions – almost all by Mr Boyd – are fresh and songful. They show an openness to explore the myriad styles of music, not only in the realm of African-American music, but also from the Caribbean. Essentially, however, Mr Boyd is deeply committed to his Gospel roots and his version of the great Negro Spiritual “Go Down Moses” is breathtaking as he reaches deep into his spiritual psyche coming up by whatever magical means, to touch the heart of the listener. Remember, this is a work that has been recorded countless of times but Mr Boyd’s version has a musical integrity and poetic individuality that makes it stand out from even the most virtuosic showpieces by his contemporaries.

The same qualities of musicianship characterise the entire repertoire on this refreshing live recording. They show Mr Boyd to be a stylish Jazz classicist with a cantabile elegance that sparkles in his most simple phrases. And this collection from the two live performances in 2017 captures Mr Boyd’s unique blend of molten virtuosity and fervour from the interpretatively noble to the elusively impulsive on a disc that is full of taut energy in the life-enhancing music contained within.