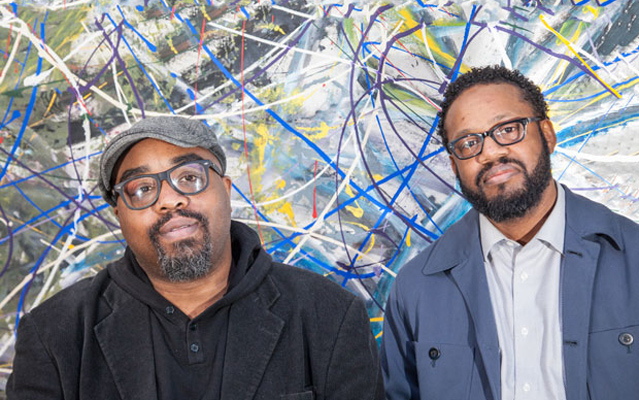 The music begins with “Kemet” the ancient name of Egypt and the ancient Egyptian as well. The music throughout is brooding and elegant and revolves around the thunderous pulse of the album that is to follow. At four different points in time in the music on the recording, the three instruments develop the theme of celebration of the union of the two beings—Isis and Osiris. The music of the chart then unfolds to characterise “Isis” the Egyptian goddess of the polytheistic pantheon and like the goddess so is the music like the powerful rush of wind, spreading its force and roaring through the bodies of the instruments. Not only do the drums capture the splendour of the goddess that spread throughout Roman Empire—in fact all of the Greco-Roman world, but so also do saxophone and bass. It seems that the instrumentation of this trio is perfect to capture the towering spirit of Osiris and Isis. At more than some points in the recording is the music evocative of John Coltrane’s late period. Throughout it the ghost of Max Roach lurks. The structural complexity of the suite of almost 50 minutes is concentrated on the “Interludes” where each instrument introduces the thematic metamorphosis, which is given spacious reading by the performers. But most persuasive are the ensemble parts that dwell in the élan of playing that is intense and not least in the truly heart-bursting conclusion, “Resurrection.” But it is the whole of the music that gives voice to Mark Lomax’s vision that centres not only in the belief of the African origin of Jazz, but in the origin of all civilization as well.

I have since discovered more music by Mark Lomax II including a remarkable homage to Elvin Jones entitled Requiem for a King – Tribute to Elvin Jones. My first reaction to this record was somewhat uncharitable – a hotch-potch, I thought of Jones’ music in his (Elvin Jones’ idiom). I played this album a second time and, eating humble pie, I confess to thoroughly enjoying his portrait of Elvin Jones. 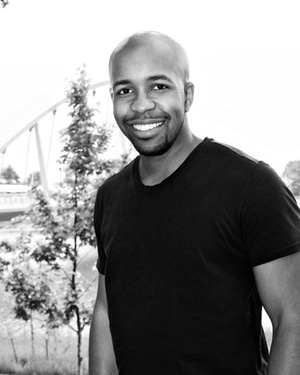 On the whole – and I do not mean to be dismissive here, the album is one of rare beauty. Launched by a fizzing account of Jones’ polyrhythmic manner, Lomax gives a stellar account of himself in that idiom. Among his specialties is a sort of sustained pianissimo high notes on snare and cymbals and I can’t imagine they were more delicately floated than they are by Lomax who combines a pure, sweet timbre and dazzling virtuosity. His consonants have a dramatic effect on the music. His musicians are vivid accomplices throughout the recording.
Another recording, Solo Meditations Volume 1 is Coltranesque. Scored for drums alone, the performance offers semi dramatic characterisations of the great saxophonist and is brightly-toned whether he agitates cymbals with sticks or brushes or simply expresses deep veneration of the near-divinity of his subject. The dignity, modesty and firmness of the saintly character (‘Trane) that Lomax emulates here are conveyed sagely and attractively. Then there is Spirit Music an even more ambitious project with piano and bass, which aims to recast the Spiritual in a modern percussion context. This music lasts just about an hour or so and must be heard for what it is: a beautifully musical reading of some historic Black music. Each phrase played by each musician has its individuality, turned to perfection by the musicians. And the textures of Lomax’s polyrhythms are marvelously transparent. 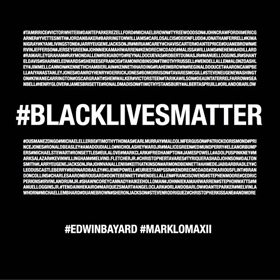 Lomax’s greatest gift to Jazz is his latest venture #BlackLivesMatter. This is an Orwellian feast in the sense of h=its context: It was George Orwell who, in his great novel Animal Farm wrote thus: “All animals are equal. Some animals are more equal than others”. We know Mr. Orwell from his iconic book 1984. However, the biting satire of Animal Farm and its brutal honesty should not be missed. There is a special ring of truth today in the movement that espouses its truth: Black Lives Matter. Like Mr. Orwell’s novel, I am reminded of a Sheriff who once mouthed the words: “All Lives Matter”. If those of did not gag when we heard that statement, recalling to mind the Orwellian statement, then there is something wrong with us. Let the statistics show that more and more Black lives don’t seem to matter as much as white lives do. Amadou Diallo, Michael Brown, Eric Garner, Tamir Rice, (here mention the names of those who died due to police brutality…) their names roll off the tongue and the ghostly imagery of their deaths haunts the heart… The same haunting quality is melded with anger, hurt and unforgiveness in music that turns – in the end – turns into resolution and forgiveness. This is not because that sentiment is the order of the day, but because the music that emerges from Mark Lomax’s heart and soul is made that way – not so much as a consciously created composition, but – like everything that this remarkable musician does – a deeply felt Jazz impulse; a cut that goes deep like all of the Blues and all of the Jazz ever created from Buddy Bolden down to the modern day. Myths come alive magically as does the history of that music and the tragedy of those who became victims to what is now the rising tide of an unstoppable movement – #BlackLivesMatter. This is the state of Jazz, or #BAM, or whatever you want to call it, but belongs to the civilisation of the Negro – the Black Human Being who created what the rest of America stole to make it their own. And that’s a fact, whether you buy into Cheik Anta Diop, Baraka, or Peyton. ‘Nuff said…