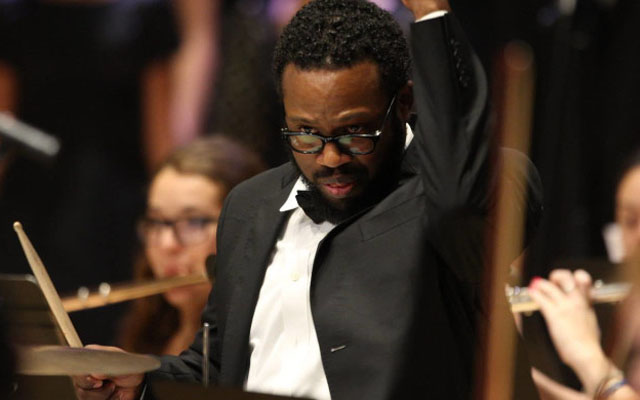 What’s the point of all of this in a feature on Jazz, you might ask. Everything. The books opened my eyes to the real history of Blues and Jazz and its umbilical connection to the Negro music. I realised that no matter how (even black musicians like Miles Davis) rationalised it, Jazz belonged to the Black man. It was his birthright. It was his song. I listened to Max Roach’s Percussion Bittersweet and I was left speechless by Abbey Lincoln’s breathtaking version of Garvey’s Ghost. I was changed forever, just as Charlie Parker and Dizzy Gillespie, Charles Mingus and Danny Richmond, John Coltrane and Elvin Jones, Albert Ayler and Donald Ayler and Ornette Coleman, Eric Dolphy and Don Cherry, And Pharoah Sanders changed me. It felt as if my cranium had suddenly been broken into and the music poured in. This music, I knew now, was inextricably linked to the history of slavery, of the many journeys from Africa to America – none of which was voluntary – and nothing could change that. Not the melding of European instruments into the art of the Blues and that of Jazz, not the counterpoint that became part of the music. None of that mattered. It was the drum that held sway. The polyrhythms of Africa from Gorée and elsewhere gave this music its unique character. I do not want to suggest that the turn of the century gobbledegook suggested by White writers has to be suppressed in order for the real history of Jazz is proclaimed. But then how do you separate Cheik Anta Diop’s great work The African Origin of Civilisation – Myth and Reality from the truth about the Human Race? All Europeanism was wrong – or largely wrong. At any rate I had uncovered the Great Lie. And there is no going back now.

Today I hear the voices of Black Lives Matter. I hear the cry of Laquan McDonald and Freddy Grey and every single black man and woman who has died at the hands of a white man and I hear the Jazz of the 1960s all over again. You only have to see what a farce Congress is when they try and destroy the America that Barak Obama is building to know how endemic this lie of White America is. How, then can you every attribute Jazz to the White Man? Nicholas Peyton is as correct in speaking of this as was Baraka and A B Spellman 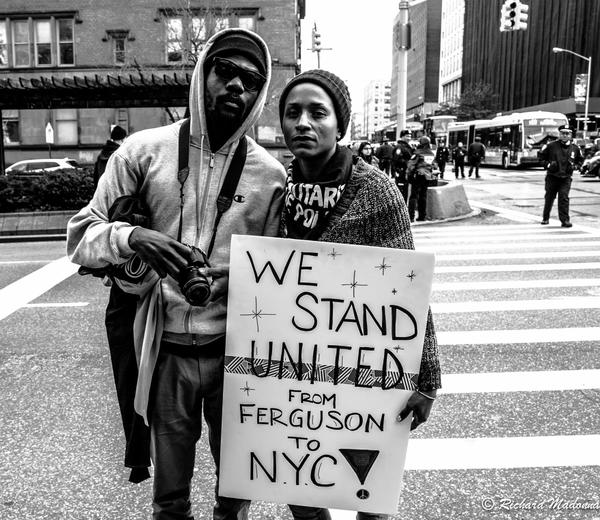 and out great ancestors whose voices will never be silenced – Charlie Parker, Dizzy, Mingus, Roach, Elvin, ‘Trane, Ornette, Monk, Nichols, Dolphy, Cherry, Ayler, Sanders… their great names thunder like the primordial beating of the African drum in all of its sophistication of African polyrhythms. To this breed belongs a new generation, with Nicholas Peyton, Wynton Marsalis as well as the generation of Mathew Hartnett and Mark Lomax II too.

Mark Lomax II is an extraordinary musician. A historian, composer and a drummer who plays in several formats – duo, trio and quartet, his music is the face of Jazz – pure and simple. It is as if a body marching in a funeral band in New Orleans or a busker in the darkness of New York City’s Bronx were suddenly turned around to reveal an ancient visage. It is as if you were listening to the cry of Gorée first uttered in the dim dark past by numerous weeping slaves en route to America; then again in honour of all those shackled men and women, by William Godvin “Beaver” Harris, Don Pullen, Hamiet Bluiett, Ricky Ford, Buster Williams and Francis Haynes – 360°Experience – in A Well Kept Secret. His music is elementally Black in the sense that Wynton Marsalis’ is Nicholas Peyton’s is. It is in every sense of the word: Jazz, or as Peyton would have it – #BAM. Lomax is to me what every artist has an obligation to be: committed, unflinching keeping it real. I have been listening to his music with wide-eyed wonder ever since I first hear The State of Black America (Inarhyme Records, 2010). 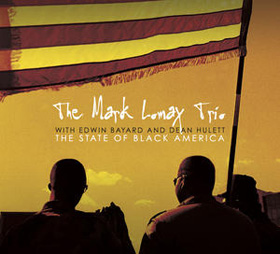 There has not been such an in-your-face title for an album of music in a long, long time. Mark Lomax has decided that it is necessary and therefore goes for the jugular calling his album The State of Black America.Perhaps the release is timely in as much as this ugly issue called racism has raised its head seemingly more frequently after Barak Obama was elected President of the United States. So in the mind of drummer and leader of this trio: Time to take stock of the issues of Black America, issues that should have been put to bed a long time ago. The question that must be answered immediately is this: how did jazz become part of this political manifesto?

That is how Lomax, an African-American artist decides that he would respond to the poignancy of racial identity; being an inhabitant of Black America as opposed to America: with unbridled improvisational polyrhythm that drive harmonic and melodic invention and has become the bubbling cauldron of the idiom of jazz. This is his music and, like it or not, it has derived from the energy and emotion of the blues and—although often condemned by men of the cloth—from the spiritual as well. Sure it is America’s music, but it is the invention, the innovation of Black America first. The significance of this is acute as the sentiments expressed by Lomax were first expressed by musicians—from Charles Mingus to Muhal Richard Abrams—over fifty years ago. The fact that he feels he must express them again is poignant, to say the least. That does not even begin to say everything meaningful about this music of Black America. But given all that has passed in the last fifty years of contemporary music, how does Lomax fare?