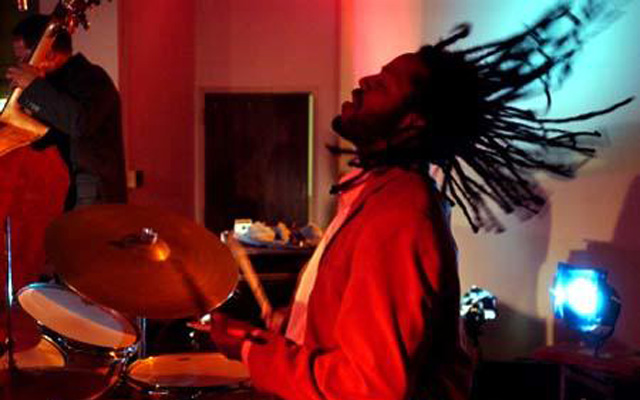 His music is as sharp as his perceptions are and it swings magnificently. The multiplicity of rhythms expressed by Lomax and bassist, Dean Hulett on “Stuck in a Rut” are magical and mesmerising, especially when Hulett breaks away, silencing the comping Lomax, to go it alone, before the trio returns to the twisting melody. “The Unknown Self” is more like a mystical journey into the unknown ocean of harmony and rhythm, where both seemingly do battle like a mythical Gilgamesh and Enkidu, and Jacob and the angel. This is somewhat resolved in “The Power of Knowing” and finally in the truly mystic themed, “To Know God is to Know Thyself,” both of which are powered by Lomax’s fervent belief in the omnipresence of God. The transformation of s searching Lomax is completely resolved in “Blues for Charles” where the chrysalis seemingly becomes the butterfly. But this entire success is not before Hulett and saxophonist Edwin Bayard deliver fine accounts of themselves. This is a courageous suite from Lomax, who apparently finds himself by the end of it all even though—absurd as it might seem—at the expense of eschewing what he calls “the classical traditions of Europe”, an experience unsurpassed in Ornette Coleman’s Skies of America, (Columbia, 1972). 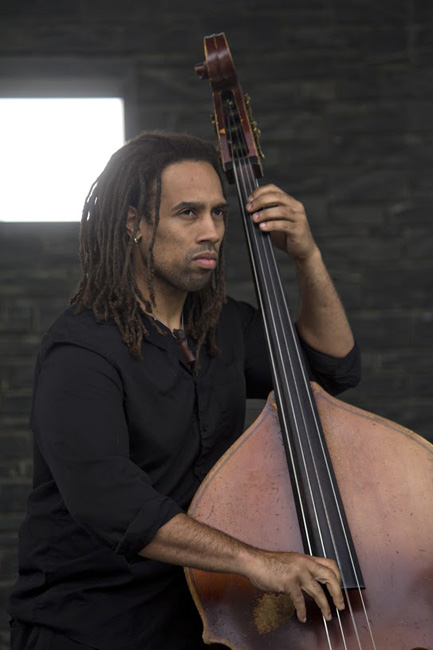 Mark Lomax may be one of the last remaining musicians to subscribe to Cheik Anta Diop’s proven theory that the African origin of civilization is the only true origin of civilization, which posits that because all civilization was originally Egyptian and dark skinned, and others developed from it including the Eurasian ones. And the vast migrations were first overland, then by small canoes before the Tectonic plates shifted and the continents were formed. And there is only one race—the human race, which was originally black. Mr. Lomax proclaims his beliefs on Isis and Osiris almost magically with his trio comprising tenor saxophonist, Edwin Bayard and bassist Dean Hulett. His music on this recording is primeval and, like John Coltrane’s music after A Love Supreme almost fiercely spiritual. The combination of Mr. Bayard’s deep and gnarled and soaring voice on the tenor saxophone combined with the rumbling of Mr. Hulett’s bass and the incessant thunder of Mr. Lomax’s drums interspersed with the crash of his cymbals like lightening produce a startling picture of the ancient Egyptian god and goddess in a brilliant flash keeps not only anthropology real but also the magnificence of idiom of African American music called jazz, alive and roaring.

To those who have no stomach for the politics of art, let them deny Duke Ellington’s “Black Brown and Beige,” or his “Creole Love Call” or the music of Louis Armstrong and the Hot Fives and Hot Sevens, or Charlie Parker’s and Dizzy Gillespie’s eternal invention: bebop; or the music of Charles Mingus and, of course Miles Davis and John Coltrane, Eric Dolphy, Don Cherry and Cecil Taylor. But most of all let them deny the African rhythms of Max Roach and Art Blakey and the poly rhythms of Elvin Jones and the orchestral splendour of Warren Smith’s battery of drums. How about denying the very heart and soul of Jazz? And Mark Lomax knows it. 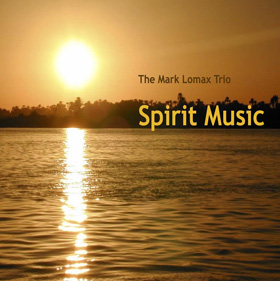 Not by accident did he release The State of Black America, a towering suite of songs that focussed on the bleeding heart of America apropos of African American society and its relationship with the prevalent culture of the WASP. If Mr. Lomax bares his soul through his music, it is with good reason. Racism and bigotry may be on the decline in the USA, but it still lurks under the skin of society; and if the politicians deny it then the artist will tell of its dark prevalence. Hip hop does, so why not Jazz, which gave birth to Hip Hop anyway. This is the monumental imagery of Mark Lomax’s The State of Black America and now his prequel, Isis and Osiris picks up the strains when it all—this whole mass of humanity called civilization—began.