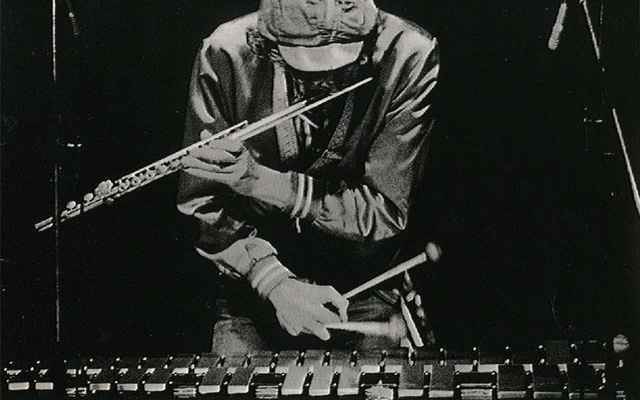 The legendary multi-instrumentalist, Gunter Hampel does not always say what some would like him to say, but he is never less than brutally honest. And why not? Mr. Hampel has been on the cutting edge of contemporary music for well over 50 years, first in Europe and then in the US, making some of the boldest and most brilliant music with his late wife, the inimitable Jazz singer Jeanne Lee.

Today Mr. Hampel has hit a second wind and his 80 years has far from dimmed his artistic genius and originality. He is busier than ever, especially with his European-New York Quintett+Omniversal Firebird Orchestra, a music and dance ensemble that features his son and dancer Ruomi Lee-Hampel and daughter, Cavana Lee-Hampel, who singing recalls the deep spirit of her mother, Jeanne Lee. The ensemble also features Johannes Schleiermacher and his horns, Bernd Oezsevim on drums, the Danish bassist Andreas Lang and, of course Mr. Hampel on vibraphone, bass clarinet, flute and piano. 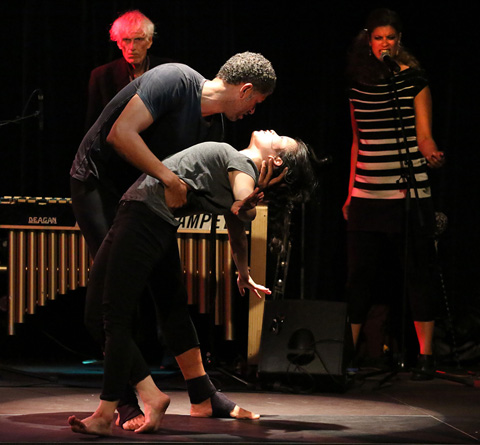 Their astonishing performances around the world narrate vivid musical stories best told in balletic movements by the dancers Danilo Cardoso, Maya Magdalena, Ruomi Lee-Hampel and Prince Alegs, with the profound, wordless vocals of Cavana Lee- Hampel, and with by Mr. Hampel himself, in the glorious bellowing of his bass clarinet, the gleaming phrases on his vibraphone, redolent of insolent phrases and daring, evocative harmonies, as with his angular pianism. The performances are never predictable and always memorable. Mr. Hampel has all of them filmed and is happy to share them with aficionados, always to help spread the universal gospel of music.

On one such occasion he was met with a curious, perhaps somewhat ignorant response. Naturally he was peeved and did not miss a chance to address the issue. Here is his response, in his own words:

”Hello… We are all here on Planet Earth to learn something! Right?

“I spoke today to one of the leading writers who works for one of the leading daily newspapers in Germany. I had sent him my newest live recording, a Blu-ray of the performance from the Göttingen Jazz Festival for review. He answered: “We do not write about music videos,” and wanted me to send him my new CD instead. That made me think: “What could he mean by that?” When the first camcorders came around, that was around 1985. I bought me (sic)one because my dad was filming us with those little film cameras with 8mm black and white film in the 1940s. A black and white camcorder is also the first one I bought in 1985. (Allow me to mention that Sony pioneered the idea).

“And since then, what have I been doing? I have filmed all of our concerts. (The alto saxophonist) Marion Brown once told me: “Great, Gunter! It is like sitting in our concert and seeing us on stage… the band playing.” That has always been my idea; to document that stuff not only on LPs but on film too to see “the greats” who played doing their thing. Not in a “Hollywood” way, or with thousands of “serious people” talk all that nonsense about what they think about what our music means or does not mean; but just let the camera roll and catch the moments of creation; and not just to hear us , but to also see us.