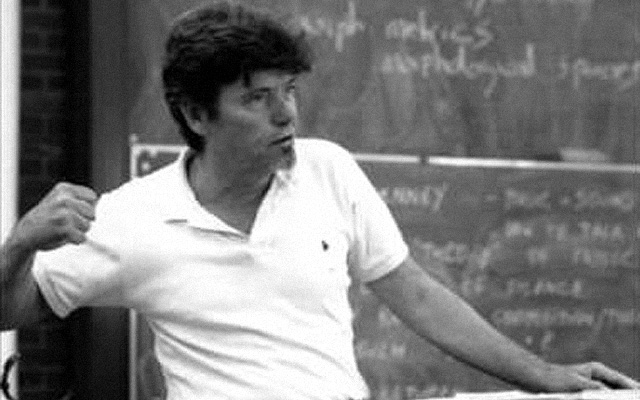 The composer and pedagogue, James Tenney brought both the philosophy and the anthropology of music alive is his works, covering, in the latter aspect, aesthetic, biological and cultural aspects. At their heart these Bass Works are imbued with every nuanced aspect of his scholarly thinking and how he expressed all of it in music. Remarkably, however, are far from being weighted down by dense structures 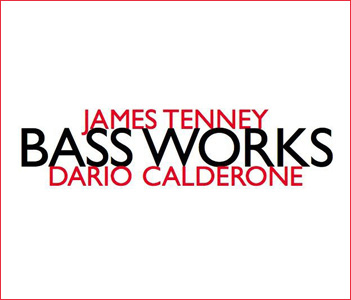 and the complexities of pedagogy and the inscrutabilities of artistic performance. Rather, these virtuoso interpretations by bassist Dario Calderone – later together with violist William Lane and cellist Francesco Dillon – are eminently accessible and, in their masterful craftsmanship, have the beating heart like that of breathtaking adventure stories.

In these fascinating escapades we here – and can almost visualize – Mr. Tenney undertaking his acoustical journey, navigating the light and (in the case of “night”, his 1971 composition, interpreted in two different ways on this disc) the myriad hues and textures of the dark. The composer’s life-long fascination and efforts to describe the collision between the vibrations of mind and body on and with an aural palette are spectacularly described by Mr. Calderone, who is later joined by Mr. Lane and Mr. Dillon form the disc’s magnum opus, “Glissade for viola, cello, doublebass and tape delay system”, a monumental expedition into the oceanic world of polyphony.

The work entitled “beast”, written for the late Buell Neidlinger, launches into a brooding, rumbling iterations of the bow as it makes its magisterial way through the threads of the piece, creating a swelling harmony through masterful waves of dyads and double-stops. Its waves rise and fall and the harmonic layers seem to come draw apart come together continually until their embrace in the final dénouement of the work. The piece entitled “night” is worked twice here. Both sing softly, seeming to pursue the sound waves of the instrument in the prismatic glitter of darkness as Mr. Calderone continues to ring in the changes of mood and structure with ever-subtle changes of tempo.

The longest work on the disc – “Glissade for viola, cello, doublebass and tape delay systems” – is a monumental orchestral procession of instruments seemingly encompassing Mr. Tenney’s lifelong musical journey. This work interpreted by the musicians features effulgent iterative conversations between the mid- to the bottomless depths of sonic register using the sound of select strings both in real-time and using tape delay. The considerable degree of balance and integration of harmony and rhythm, of composition and exploration, individuality and tradition gives this impressive performance a feeling that this diaphanous canvas of sound comes alive in all its form and formless glory.