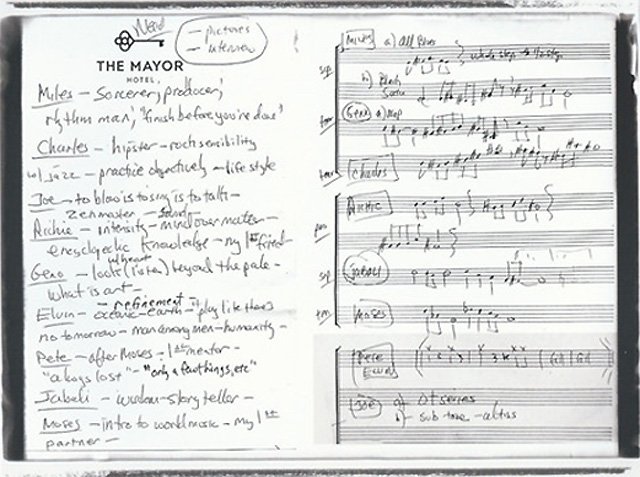 It bears mention that all the music (except “Father/Mother” and “With Gratitude”) was recorded by the late great German sound engineer Walter Quintus (April 1949 – February 2017). Mr Quintus was a legendary engineer who worked out of Bremen and later travelled all over Europe and the rest of the world as well. Mr Quintus studied violin between 1955 and 1969 violin but was already a concertmaster in several youth orchestras by 1959. He also toured through Europe performing and recording several radio and television productions. As a teenager Mr Quintus also studied for a time with the legendary David Oistrakh in Moscow, but after he completed his classical studies he went on to found the rock band Parzival together with Thomas Olivier and Lothar Siems before making a legendary career in sound engineering. All of the music on Mr Liebman’s To My Masters has been captured in the stunning warmth of Mr Quintus’ artistry behind the console and becomes, as such, another master for Mr Liebman to honour.

Mr Liebman paid his dues like everyone, but then like the select few he rose with his music to a rarefied realm from where he presides – with Sonny Rollins, Pharoah Sanders, Archie Shepp, Wayne Shorter and a handful of others – like the proverbial titan of the tenor saxophone, the soprano saxophone and the flute; his chosen instrument in that latter category being the notoriously difficult to master bansuri. But most importantly of all, he has demonstrated through his music that during his journey he dug deep. His was a life of almost relentless soul searching and he displayed this through numerous recordings made over a breathtaking span of more than fifty years. He stretched the idiom to point break and never ever looked back except to acknowledge the continuum of Jazz. It’s what earned him many accolades including two National Endowment of the Arts (NEA) Grants for composition and performance (1981 and 1991), an Honorary Doctorate of Music from the Sibelius Academy in Helsinki, Finland (1997), the first ever given to a jazz artist; the Order of Arts and Letters from the French government (2009), and in 2011 he was endowed with the Master of Jazz from the National Endowment for the Arts. Through it all he remained humble and true to his art and this was reflected in his autobiography What It Is: The Life of a Jazz Artist (Scarecrow Press, reprinted in 2013).

This characteristic has continues through the words and music of To My Masters which closes with a heartfelt tribute to his wife Caris, an accomplished reeds/double-reeds player and daughter Lydia, a much sought-after publicist in the music industry, both of whom – in Mr Liebman’s own words – “have allowed me to be productive and honest with the music…”, words that he has lived by through the book and in life and will no doubt continue to do so as long as there is music to be played.