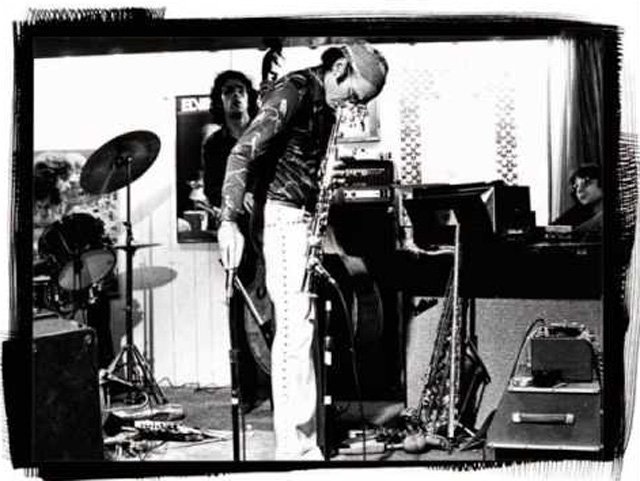 Chapter three is dedicated to the saxophonist Joe Allard who tutored Mr Liebman in the 1960s, imparting to Mr Liebman at some point in the tutelage “the notion that the horn was an extension of the vocal cords… to speak… to sing…to blow were all the same”. Appropriately entitled “Overtone Improvisations” this track pierced the very fabric of music as if it were made of gossamer. Mr Liebman weaves ululating multiphonics into his improvisations as he brings that unique perspective to life in description of the one he calls “The Sound Guru”. Next comes the chapter dedicated to Charles Lloyd, who is simply referred to as “The Jazzman”. The song to Mr Lloyd is entitled “Forest Flower” and is a work steeped in the kind of erudite tenderness that evokes the playing of Mr Lloyd, who has remained part force of nature and part enigma who seems to continue to exist in the real and the holographic realms at the same time, something that Mr Liebman captures with nuanced perfection. 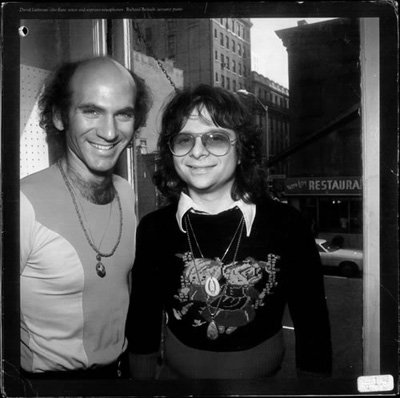 Richie Beirach is the next dedicatee and those who know Mr Liebman and his work also know that Mr Beirach has been one of the saxophonist’s greatest friend, both inside and outside the music. Mr Liebman, however, unearths something truly special musically as he plays a short medley entitled in which he reveals the hidden magic of Mr Beirach, who becomes – in the song – both changeless and ever-changing as Mr Liebman recreates the pianist’s character through “Elm/Pendulum”, the first part (“Elm”) symbolising a witness to that which as ancient and unending as wisdom and the second (“Pendulum”) symbolising the ceaseless march of Time, both capturing Mr Liebman’s friend whom he describes quite simply as “The Intellectual”. The march of Time morphs into the musical concept of time next as Mr Liebman puts down his saxophone (and flute) and turns to drums to pay tribute to “The First Mentor” of rhythm, Pete LaRoca. Mr Liebman describes the great drummer as one of his first to teach him what it meant to play free not only with the “Drum Improvisation 1”, but also a wickedly poignant anecdote attributed to Mr LaRoca, a master of the retort who once said to Chick Corea and Dave Holland, “free jazz…? I don’t know about you, but I play free in 4/4.” Mr Liebman celebrates this freedom with chopped rhythms surreptitiously couched in Latin clave. 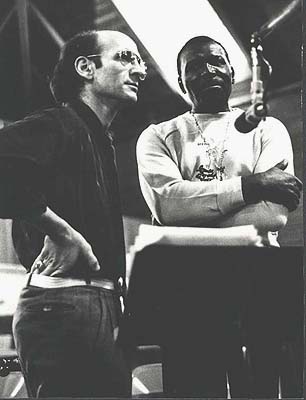 Mr Liebman also pays (and plays) tribute to two other drummers – Elvin Jones and Jabali Billy Hart. To Elvin Jones, who Mr Liebman describes as “The Master” – a fitting tribute to the man who became the polyrhythmic force of nature of John Coltrane’s classic quartet – and who changed drumming forever with his melodic tornados played slightly behind the beat. Mr Liebman creates his “Drum Improvisation 2”, a fast-moving calculated blur of a piece with a sound of delicate thunder that Mr Liebman plays in the inimitable manner of Mr Jones’ red-blooded polyrhythmic style. For Mr Hart, Mr Liebman has created the piece appropriately entitled “Redemption”, which, in turn, captures the unique ability of Mr Hart to become a percussive griot as he makes the rhythm of the ancients come back to life. The tribute to Mr Jones is preceded by a chapter dedicated to Eugene Gregan, who, we learn, as “The Painter”, who seems to have enabled Mr Liebman to add a deep and penetrating visual dimension to his musicianship. Mr Gregan is honoured with “Napanoch”, the town where the painter lives and after whose residence Mr Liebman also named his famous ensemble Lookout Farm.

Two more chapters complete the book; the first is Chapter Nine, entitled “The Sorcerer” and is a tribute to Miles Davis whose band Mr Liebman graced during Mr Davis’ piercing “electric” years. Mr Davis is also honoured with a short medley that captures the essence of The Great One’s music: “All Blues/Black Satin”. The former signifies the roots of Miles Davis and, in fact, the very root of all black music and the latter is a chart from a lesser-known gem of an album from Mr Davis’ oeuvre entitled On The Corner. The chapter also contains a fabled Miles Davis koan relating to the performance of a solo no doubt, and which bears quoting: “Stop before you’re done”. The book and music ends with Chapter Ten and a tribute “To ALL the Masters”, which is Mr Liebman’s way of acknowledging the “master” in all the musicians he has played with and continues to play with. The music “With Gratitude” attests not only to Mr Liebman’s abject humility as man and musician, but is also an open-ended and gloriously improvised testament that is “the continuum of this music”.