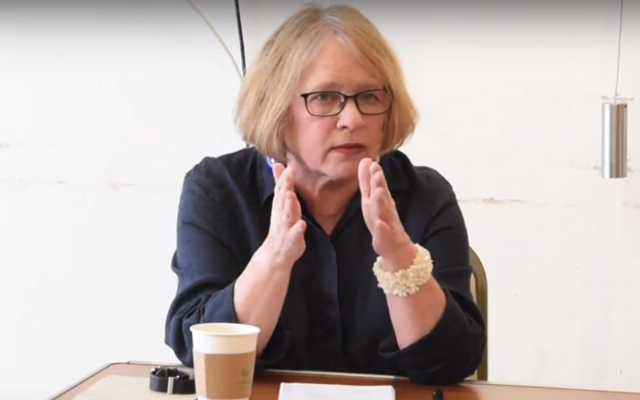 Corbyn should, and I hope will, resist the arguments that the problem lies with migrants in terms of workers’ conditions. This is looking at the argument the wrong way round. The responsibility for worsening conditions lies with employers, who have deliberately carried out policies to increase levels of exploitation in work, while at the same time acting to weaken workers organisations such as trade unions which have helped to stop these levels of exploitation. The employers use new pools of labour to increase their profits, and partly this is done through migration.

I don’t think we should take the attitude this is not happening. While people quite rightly say that it is the right of people to live and love across borders, in fact, most people move country in order to work. They often do so in conditions that are unfavourable to them and often do so reluctantly. The posted workers’ directive under the EU rules allows undercutting of wages by workers from other countries and it seems to me no one on the Left supports that.

Historically, employers have tried to lower wages by bringing in new groups of workers and historically this action by the employers has had to be fought. The use of such reserves of labour (as Marx also pointed out) often has the effect of lowering wages overall. That is why the employers are always looking for such new reserves.

Perhaps the biggest labour reserve in modern times has been the drawing in of married women and mothers to the labour market. This actually has had the effect of lowering wages – two wages are now needed to cover the costs of reproduction of working class households rather this the one wage of 50 or 60 years ago. There is much less evidence that migration has had the same effect, although it may have done in specific industries.

But the crucial question is how the Left responds to this politically. Few would argue today that’s married women should not work. Instead, the argument is how can women overcome the gender pay gap, how can they deal with the many problems at work caused by their role as mothers, how can they be fully part of campaigning unions?

The response of the Left today cannot be to reject the role of migrants at work, or to blame migrants for their own conditions. Instead, it should be to argue how we overcome divisions at work, how do we fight for full equality, how do we prevent racism from dividing us?

Today, as in Marx’s time, international solidarity is essential. Making concessions to right wing arguments, of accepting, for example, the view of some Blairites that there should be regional immigration controls, or that migrants are to blame for low wages, simply deals with the wrong enemy. Nor should we see the pro capitalist single market as the price we have to pay for free movement. Many of those advocating the single market would be prepared to abandon free movement if they could, and they certainly have no commitment to free movement from outside the EU. Many of those who support the single market do so for the best of reasons, because they don’t want restrictions on migration. In fact, he single market has led to an increase in neoliberal policies which damage all workers, and has coincided with the vile policies of Fortress Europe aimed at keeping out those from the developing world. In contrast, a Corbyn government outside the EU could have whatever immigration policy it wanted. And what a great development it would be to have one which welcomed migrants from across the world.

Lindsey German is the national convenor of the Stop the War Coalition. In that capacity Miss German was a key organiser of the largest demonstration, and one of the largest mass movements, in British history. Miss German is also a celebrated author. Her books include Material Girls: Women, Men and Work, Sex, Class and Socialism, A People’s History of London (with John Rees) and How a Century of War Changed the Lives of Women Read more of her writing here.