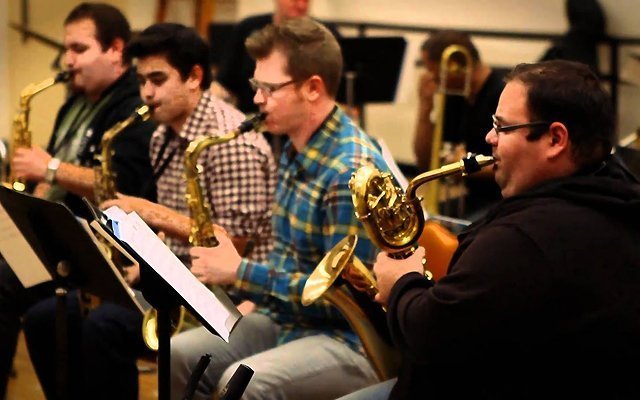 JDG: I can’t think of anything… any movement like the one against the Vietnam War one that spawned a whole era of protest music. Why do you think that is?

ED: I think that the draft had everything to do with the culture of protest music. The war in Iraq was fraught with criticism. The US had no business getting involved (there). But unlike the Vietnam War, if you didn’t choose to join the military you were not forced to fight.

JDG: Have you toured with this music? What’s been the response?

ED: My big band has performed this music a few times and the audience reaction has been great. It is exceedingly difficult to tour with an 18-piece jazz orchestra so all of the performances have been in front of a home-town crowd. I am not sure if we would get such a warm reception if I performed these selections outside of Southern California.

JDG: I like what you did with “America The Beautiful” reminded me of Jimi Hendrix’s “Star Spangled Banner” at Woodstock same sombre mood albeit a bigger sound palette… what was going on in your mind when you scored the work? 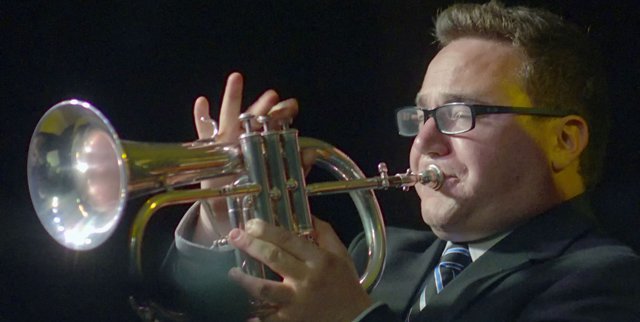 ED: The first few seconds of music on an album needs to make a statement. Starting such a politically motivated jazz album with a sombre rendition of “:America the Beautiful” felt like a strong thesis for the music that came next.

I love Hendrix’s classic recording of the “Star Spangled Banner”, and I welcome the comparison. My direct influence was the wind ensemble arrangement by Carmen Dragon. I purposely avoided listening to recordings of the Dragon arrangement while I was writing my own so that it wouldn’t cloud my ideas. I also wanted to avoid plagiarizing his arrangement. My version adds the military snare drum for added patriotism. And my version expands (its use) to include the full timbre of the big band, setting “Fake News”.

JDG: Aren’t you also making a case for “Big Bands” in general here? I mean the music industry is not exactly generous about the kind of music that “Jazz” musicians are putting out today; especially Big Bands…

ED: I am glad you picked up on this. That is definitely intentional.

I grew up on a steady diet of big band music. A few of my favourite big band records include Thad Jones/Mel Lewis’ Consummation (Solid State/Blue Note, 1970), Count Basie’s Basie Straight Ahead (Dot, 1968), Don Ellis’ Soaring (MPS/BASF, 1973), Buddy Rich’s The Roar of ’74 (Groove Merchant, 1973) and Quincy Jones’ The Quintessence (Impulse! 1962) among a few others. All of these albums are exciting and joyful. They have loads of depth, without a cloud of pretentiousness that covers many contemporary jazz ensemble recordings. I want my music to be fun from the very first listen and still be engaging on the tenth.

JDG: Would you also talk me through each of the songs, now?

ED: In “Fake News” the opening riff (which also serves as a motif in the other compositions) is meant to invoke the dark feeling I get when I think about (the term) “Fake News”, specifically the way that Trump uses the term to discredit reputable sources. Stylistically, I channelled Rage Against the Machine and then sprinkled on a helping of Chase. The solo section references Rh Factor and features an amazing soloist Mike Rocha.