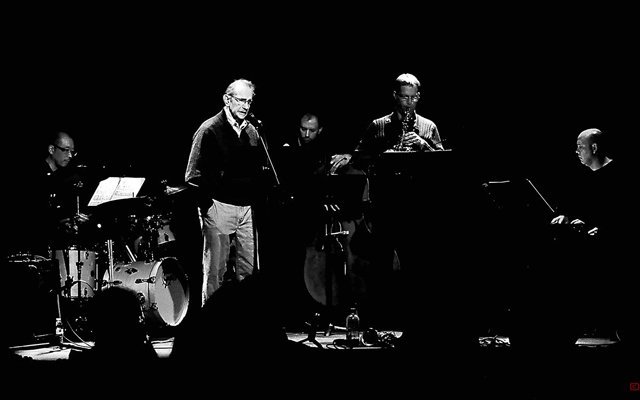 In his second of two volumes celebrating the collaborative work between the inimitable American Poet Laureate Philip Levine and Benjamin Boone the improvisational language of Jazz continues its dancing, prancing relationship with free verse. More alluring is, of course, the fact that Mr Levine recites his work while Mr Boone plays empathetically along with the recitatives. Often his high and lonesome soprano saxophone lines entwines with the voice of Mr Levine as his sinuous lyricism brings forth vivid working class narratives set during Mr Levine’s years spent growing up in Detroit and in his later life on the West Coast – but mostly framed by his years in Michigan. 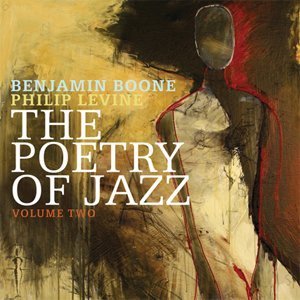 Mr Boone provides aching saxophone lines – best expressed by the wail of the soprano seem to flow out of the lyricism of Mr Levine’s poetry, providing a tonal counterpoint for the poet’s granular voice. The alto brings a wider, somewhat deeper and darker tonal palette, but us still moored to Mr Levine’s kind of moods and emotions, bobbing and weaving in between the poems’ accents formed of trimeter and tetrameter. This is clearly late-Levine work. His earlier work was characterised by a somewhat more traditional form. The music of Levine’s poetry depends on tension between his line-breaks and his syntax. We as listeners of this magnificent work on The Poetry of Jazz Volume Two experience first- hand the cascade of clauses and phrases one finds in Mr Levine’s poetry.

While the poetry is at the heart of the lure of this work, Mr Boone’s sterling arrangements of music, to which this poetry is set, is better than perfect. It enhances the effect of tension; often the suspense and most frequently the sheer drama of the vignette, or the complete stories that Mr Levine brings to life in the eloquence of his verse. Among them are a superb portrait of a blustery encounter in “To Cipriano, In The Wind” and perhaps the most magnificent of all: “The Poem Circling Hamtramck, MI, All Night, In Search of You”. During the recitatives the music also features soli by other musicians including by pianist Craig von Berg, bassist Spee Kosloff and drummer Brian Hamada – who, tragically also passed away before the release of this recording. (Mr Levine also passed away in 2015 and his loss was an enormous loss for the world of poetic arts not only in the US, but everywhere in the world.

Mr Boone’s Levine settings are by some way the most exquisite you will hear from the delicate saxophone – and piano – tracery of the “spring grass” and “steel”, and of “the burning cheek of earth” in the “melting snow” of these recitatives. The music is full of life and colour, and with historical distance from the time of their telling (by Mr Levine) we can appreciate more readily now the individuality of both Mr Boone’s harmonies and of Mr Levine’s word settings. What’s also striking is how evenly matched in quality the different voice parts are when they are broken up in the simple writing – in the sweet, soaring lines of “Godspell”, for instance. The fresh open textures are delightfully aerated, not the least because Mr Levine gives the vowel sounds full value, and places concluding consonants with unfussy accuracy.

All of this makes this album, and its companion volume that came before, both to very much die for…