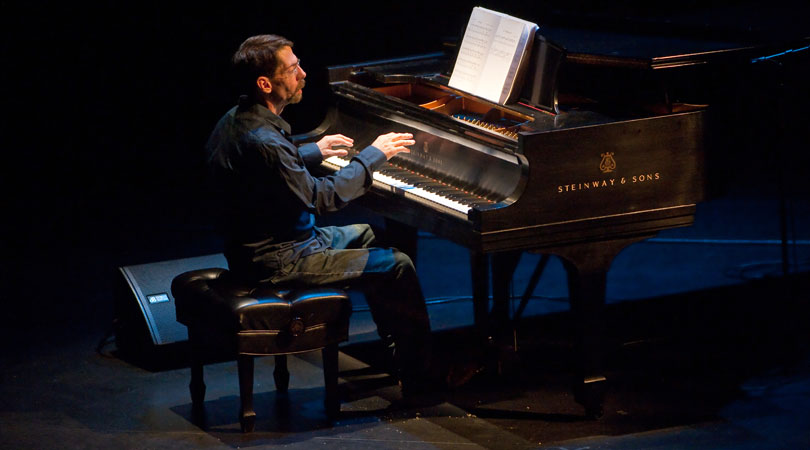 The devastating nature of AIDS makes the narrative of Fred Hersch’s My Coma Dreams excruciatingly poignant. However, to turn it into something so profoundly beautiful speaks to the genius of Mr. Hersch and his long time artistic collaborator, Herschel Garfein. And then again, having a story to tell and telling it with elemental melancholy as well as good humour and ultimately joy as well are two different things altogether. But it behoves the character of Mr. Hersch, who has weathered his condition for many years now—one that led to the septic shock and his coma—with great stoicism. Naturally a condition that damns so completely that it sends the afflicted to hell and back and when it does those who have courage have been said to have lived to tell the tale. In the case of Fred Hersch the vivid dreams (or were they nightmares) he endured became the plot for this audacious story. Telling it to Herschel Garfein does not even begin to describe the bravery of Mr. Hersch’s part in the making of this musical. The honesty, almost too painful at times, is something that strikes the audience (and viewer) almost immediately. And then there is part where Mr. Hersch becomes a part of his nightmare twice—once when he went through the experience of his coma and then reliving it again, as he performed in the musical—must surely have been surreal. 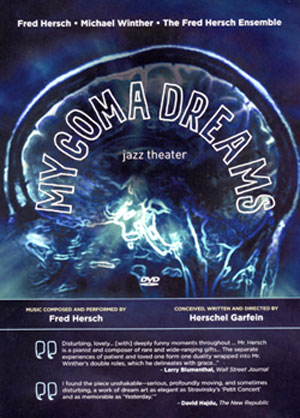 The remarkable aspect of this narrative will always be the fact that has been cast as a musical told by Mr. Hersch—exquisitely played by Michael Winther, who also plays other characters such as Mr. Hersch’s partner. Mr. Winther is a fine narrator. He projects the comatose character with child-like wonder gazing upon the immensity of his out-of-body experience. He plays the part with utter conviction. Wondrously, he is also absolutely convincing as a voice that comes from spirit-world. He is the soul of Fred Hersch wandering above the ailing man’s body, he dare not return to it as that might shock that body. And at the same time that soul seems determined not to abandon the body of Mr. Hersch lest they become separated forever. There is a kind of existential journey that unfolds as the narrative progresses. The script is written in the simplest manner, but there is a profundity that underlies this simplicity. It comes, in turn, from the soul’s spiritual journey. In fact this is a near-death experience that is often described as having seen the “blue light”—the Divine facelessness of God. However, there can be no ambiguity about that experience. It is painfully real. What is even more remarkable is that it is portrayed as so by a powerful script, a fabulous performance by its one and only actor and by music that is superbly written to bring this remarkable experience to life, not just one more time, but every time this one-man play/musical is performed and (now that it is on DVD) viewed on disc as well.

It is no ordinary matter that the film of the musical has also been exquisitely made. The lighting is moody and casts almost expressionist shadows at times. This grim lighting is contrasted by the bright lights of ambulances, hospitals and, of course, of the proverbial “blue light”. It is this contrast that enables the audience/viewer to him or her to partake of the surreal experience instead of being a detached participant in the drama as it unfolds. This speaks for the ingenuity of the technical crew as well as of the script and music of the musical play. Mr. Hersch has had a long and unmatched reputation for bringing many epic stories to life with his music. But this is perhaps the most powerful one of all. He will forever be remembered and commended for his overall intellect, perspicacity and valour.