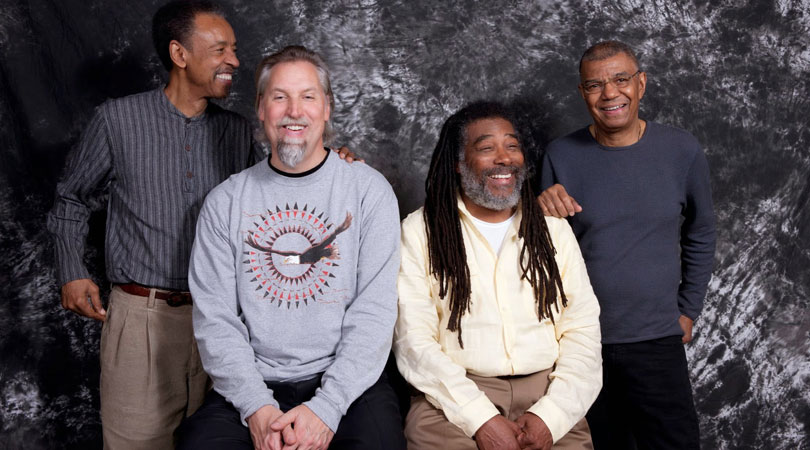 Wadada Leo Smith, the great jazz musician has always shown a propensity for philosophies that have contributed to the shape of his own world view. On this record, The Great Lakes Suites, he distills this down to meditating on the unique nature of matter, that liquid state—water—which, in the music of this recording, is transmogrified into the fifth element, the quintessence æther, what ancient Indian sages knew as Akasha. This, in turn shows the trumpeter to be acutely aware of his own ancient antecedents as well. His thinking is all-encompassing; as wide as the earth, as deep and mystical as the soul and as endless and formless as the universe. Indeed Wadada Leo Smith may be one of those very ancient, timeless forces of nature who just happens to be a jazz musician, who in turn plays the trumpet. And here he joins the ranks of the likes of Louis Armstrong, Duke Ellington, Charles Mingus, Charlie Parker, John Coltrane, Charles Lloyd and Ornette Coleman, and Anthony Braxton and a handful of other musicians who may just be so inspired that they seem to be in direct communion with the Divine. These unique set of circumstances, these unique characteristics of the trumpeter’s incredibly absorbing personality have been distilled into an extended composition honoring one of the most significant wonders of nature: The Great Lakes. This monumental musical odyssey draws attention to something unique in the lives of millions of people living in Canada and America and traverses a mass of water that accounts for 21 percent of the freshwater reserves of the world. It does so using all the richness and wonder of jazz; the music of a people who though wrenched from their ancient home became one of the greatest contributors to the society of North America. 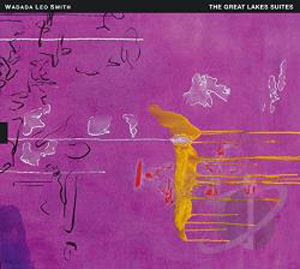 Jazz music is a peace-loving art. But it is far from sleepy and today it may seem almost silent, but beneath it all is music that is radical; bubbling with a frenzy that also makes it the music of activism and of hope. Few musicians have become symbols of this as interminably and as significantly as Wadada Leo Smith. He was in the forefront of the revolution in music when jazz represented the avant-garde of music. But more than his position in the history of music is his body of work. Nothing he writes is without social significance. At a time when artists—musicians included—have been called upon to be the moral consciences of the society they represent; they hold a mirror up to the society they are part of and so they and their work must be exemplary. Over the past few years Wadada Leo Smith has picked up where his predecessors such as the musicians mentioned above have left off. He has made several recordings that have been landmark albums. Spiritual Dimensions (Cuneiform, 2009), The Blue Mountain’s Sun Drummers (Kabell, 2010), Hearts Reflections (Cuneiform, 2011) Dark Lady of the Sonnets (TUM, 2011), Ancestors (TUM, 2012), Ten Freedom Summers (Cuneiform, 2012), Occupy the World (TUM, 2013) have informed his repertoire of the last six years. HIS monumental suite, Ten Freedom Summers was nominated for a Pulitzer Prize. To this glittering array of music comes his latest offering also on TUM, The Great Lakes Suites.

Although Wadada Leo Smith has led many stellar ensembles in the past, the one on this recording is truly special. It includes Henry Threadgill, an alto saxophonist and flutist is known for his uncompromising approach to the art of music. His own efforts have been a moral compass for African-American society. His albums such as Just The Facts and Pass The Bucket (About Time, 1993); only one of his many significant recordings was a critical account of how the African-American sees himself in a nation ruled that was even in that late day and age rather polarized. The drummer Jack DeJohnette has long been in the forefront of a music that grew spiritual and global when John Coltrane opened its eyes. His magnificent drumming has informed the great groups of Charles Lloyd and Keith Jarrett as well as his own great Special Edition ensembles. Bassist John Lindberg, a long-time musical associate of Wadada Leo Smith has also held down the bass chair for Anthony Braxton, Andrew Cyrille, George Lewis, Albert Mangelsdorff and many other wonderful bands. Together this power quartet has made the ebb and flow of the Great lakes swell like magic as the music has traversed the territory between America and Canada. The character of each section of the suites, dedicated to each lake is full of powerful imagery, begetting the immensity of the bodies of water, as immense as seas. There are tempestuous moments in the music and these mirror the withering storms of winter. But for the greatest part of the double CD the music pays homage to the monumental sound and power of the water that unites many societies. Mr. Smith seems also to use the lakes as a metaphor for the fusing of the world of jazz and the societies that it has come to unite. Water it was that brought the Slave from his home in Africa and water it is that unites him with the new society he has come to make such a significant contribution to. Thus the magical music of The Great Lakes Suites rises far above the mundane into a realm significant for the great artistry of the jazzman and his group that plays on this monumental record.

Ishmael Wadada Leo Smith: trumpeter and multi-instrumentalist, composer and improviser has been active in creative contemporary music for over forty years. His systemic music language Ankhrasmation is significant in his development as an artist and educator. Born in Leland, Mississippi, Smith’s early musical life began in the high school concert and marching bands. At the age of thirteen, he became involved with the Delta Blues and Improvisation music traditions. He received his formal musical education with his stepfather Alex Wallace, the U.S. Military band program (1963), Sherwood School of Music (1967-69), and Wesleyan University (1975-76). Mr. Smith has studied a variety of music cultures: African, Japanese, Indonesian, European and American. He has taught at the University of New Haven (1975-’76), the Creative Music Studio in Woodstock, NY (1975-’78), and Bard College (1987-’93). He is currently a faculty member at The Herb Alpert School of Music at California Institute of the Arts. He is the director of the African-American Improvisational Music program, and is a member of ASCAP, Chamber Music America, and the Association for the Advancement of Creative Musicians. Read more…