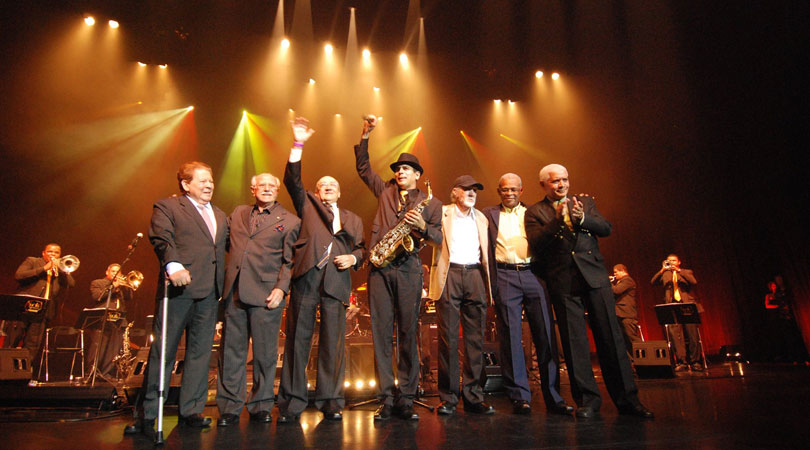 When Music Becomes a Matter of the Heart

“To come to Recife and not see frevo is like going to Rome and not seeing the Pope!” This is what the man on the street in Pernambuco, where frevo was born feels about the most exqiusitely energetic music and dance in all of Brasil. Somehow this quaint aphorism assumes the proportions of a historical truth in the magnificently made film, Sete Corações – Mestres do Frevo (Seven Hearts—Masters of Frevo). Although technically a documentary film made and conceived by Inaldo Cavalcante de Alburquerque aka Maestro Spok and directed by Déa Ferraz the film unfolds like a dramatic narrative, with a charming, even suspenseful plot that packs the punch of a powerful crescendo towards its dénouement. At the heart of the film is Spok’s desire to have the seven masters, arguably the greatest generation of frevo composers—Clovis Pereira, Duda, Guedes Peixoto, Ademir Araújo, Zé Menezes, Edson Rodrigues and Nunes—collaborate to compose together, the Holy Grail of Frevos, a frevo to end all frevos, befitting the genius of each of the masters. As the film begins to reveal itself, Spok goes back in time, figuratively speaking, to relive the history of this masterly generation of frevo writers. Each of the seven characters reveals a unique personality and a unique history. What is also unique is how the plot is singularly ignited although the seven key players in this film bring with them a seemingly disparate subtext brought about by their unique personalities and styles of writing: from the historic and the professorial to the poetic. 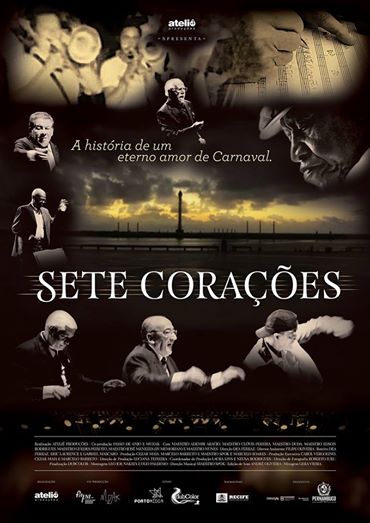 Throughout the film the viewer shadows Spok as he sets out on his quest to have this magical frevo composed. He visits each of the masters in his own musical den to reacquaint himself (so to speak) with the character and the unique style of writing music. For Spok, the rediscovery of each is like unearthing a rare artifact in an important archeological find. And for the outsider—the viewer—it is like discovering the heart of Brasil all over again. Now more than ever is the film’s title being made more significant and unique too. Maestro Edson Rodrigues puts it succinctly: “When Spock came up with the idea, I congratulated him. I said: ‘you will do something that Nelson Ferreira, Zumba and Levino (were not able to accomplish)’.” Presumably he meant that in his quest to have this magical frevo composed by the seven masters Spok will have immortalised a whole generation of composers. This is something that was never done in Brasil before—no matter what the idiom of music, no matter what period in history is being reflected. This is what makes the composition of the frevo itself the Holy Grail of Frevos. And so, the film becomes a kind of docu-drama, with Spok as the sleuth in the quest of this magical composition by a fading generation of historically important figures before they fade to grey.

The pursuit of each of the masters constitutes a sub-plot that is tenderly crafted as Spok and Déa Ferraz meander through the streets of Recife in search of the composer, finding him in a studio or a classroom as it turns out the be in some of the cases. The script here is filled with pathos as humility is revealed in the sometimes extreme circumstances surrounding the life of the master composer. Sometimes this feels like a sharp arrow piercing the heart of the viewer. Such is the case when the composer Nunes is found brooding by his window, waiting it seems, for recognition that will probably never arrive. It is also present in the unravelling life of another master who finds that all of his colleagues and musician friends have passed on into the other world leaving him alone. Such moments are elementally sad as they are magical as well. It is priceless sequences such as these that make this film a moving story. Then there is the gripping element of the film. This is revealed in the second half of it, after Spok hosts his historic party at home to which he invites all seven masters to come and listen to his idea of writing this magical frevo together. The moment of pregnant silence before they all agree with Spok’s mission is a priceless sequence, worth its weight in gold. The composition must be completed for the day of the carnival in Recife and the viewer is treated to elegant cuts of each composer writing his part in his studio/home/escola. These sequences are intercut with town-criers in the market place counting down the days to the carnival alongside shoppers and would be revellers preparing for the main event. But the finest suspense is generated by Spok himself as he weights the possibility of it all coming to naught… right up to the time he receives the score of each part and has to fuse these into the master arrangement. And then comes the crescendo: the presentation of the piece itself by the Spok Frevo Orchestra as it honors six of the seven masters on the main stage of the carnival in centre of Recife. The spectacle is priceless not the least because there was probably not a dry eye in the orchestra as well as in the audience; a situation that the viewer should expect to be in this magnificent film.