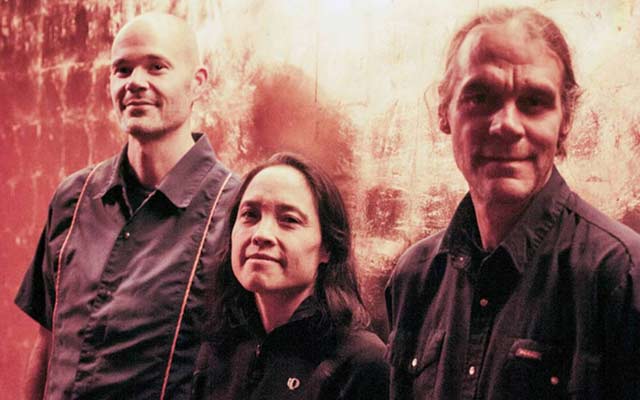 Waxwing is a trio based out of Vancouver, Canada bristling with talent. These performances (on A Bowl of Sixty Taxidermists) exhibit that feeling of spontaneous enjoyment which animate the tribute to Ross Taggart who passed away not very long ago. The playing of guitarist Tony Wilson, cellist Peggy Lee and reeds-meister Jon Bentley is constantly graced small touches of rubato, never very much but enough to give a sense of freedom and individuality to each phrase. The original works – each one of them – benefit especially from strong characterisation; the quick mood changes in the title song are caught in a delightfully precise, vivid manner. Elsewhere performances maybe, by comparison, more straightforward but there is always playfulness which also benefits from the trio’s warm and expressive tone and manner, There is also a sense that all the three players perfectly combine emphasis on the music’s lyricism á là allegro moderato. 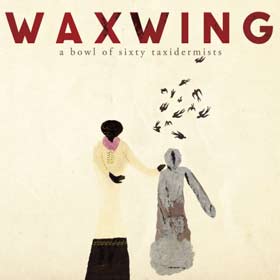 That Waxwing intends to put their mark on this iconic music is evident from the very outset. There is a keenness to reveal every shift of dynamics and rhythm; hairpins and very little hesitation abounds. All of the music is big both emotionally and physically and thus has a keen sense of purpose and direction alongside the detail. This is highly reactive playing and the musicians not only understand but also reveal the bigger picture. And there is a sense of oneness and openness from sound that is spacious and free flowing. Peggy Lee is not afraid to play very quietly. The effect can be magical. But listening to the whole set I’d welcome more full, unconstrained expression, certainly when parts are not marked pianissimo. I have to admit, though, that these tenuous passages sound beautiful and touching.

Slow movements on the record continue in a somewhat similar vein; just turn to Clementine for a far greater grasp of line and structure, which helps to create a performance that is ineffably more moving than, For Claude. That might be deliberate, though the latter is also elegiac in many ways. For Ross is extremely upbeat and effervescent and there’s a stronger sense of letting the music speak for itself here. Elsewhere the music is daringly raw and unafraid of sounding radical and fresh, with evident relish for the contrasting instrumental timbres. Overall the music is beautifully written and executed and deserves to be widely known. Whether this will, in fact, happen will be largely a function of how well the record is promoted. In Canada we seem faced with an almost bashful attitude to our own artistry.

But there may be no escaping the brilliant, exhilarating performances which combine lively momentum with a sense of poise with A Bowl of Sixty Taxidermists beautifully characterised in all its varied aspects. All of the music is especially fine, actually, full of energy and grace, and the barnstorming finale, is quite the crowning glory of this ever so memorable record.

Formed in 2007, Waxwing is a co-led group created by three veterans of the Vancouver music scene: Tony Wilson on guitar, Peggy Lee on cello and Jon Bentley on saxophones. The trio has released two studio recordings featuring their original compositions: “A Bowl Of Sixty Taxidermists” (2015 – Songlines Recordings) and “Escondido Dreams” (2007 – Drip Audio). The recipient of numerous Canada Council Grants, Waxwing has performed their unique works in concerts across Canada and has been a regular favourite in the Vancouver International Jazz Festival. Read more…