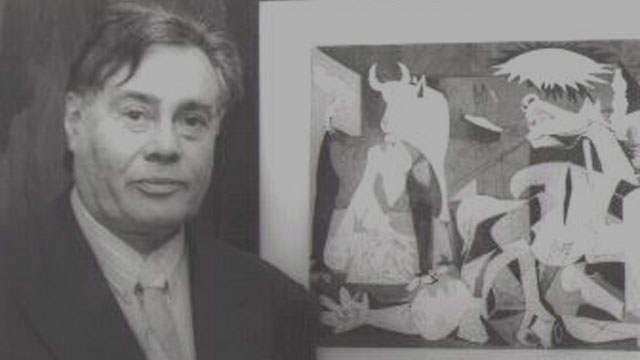 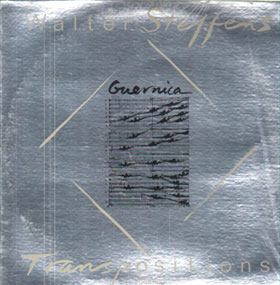 Walter Steffens’ time would certainly seem to be now. Again. Heiner Stadler plays a big part in that, of course. Mr. Stadler was his producer on a number of occasions. These include Ecstasy (1975), Transpositions (1983), Guernica and Other Paintings (2009) and Sonograms which included the reissue of “Ecstasy” and the first recording of “Four Watercolours after Paul Klee”. These recordings ought to have really whet the appetites of those interested in this iconic German composer. And they will surely be right royally pleased. Steffens is one of the most successful composers who has relocated the work of great 20th Century painters to the landscape of modern music. Perhaps it is not sufficient to say so. Irrespective, these recordings, from the earliest ones to those released in 2013 can really bring about a sea-change in interest. The latest release Sonograms contains another piece, “Four Watercolours after Paul Klee” and this adds further fascination to Steffens’ work especially in the emotional and highly personal nature of the composer’s musical language. Understanding all of this makes it well nigh impossible not to be drawn into Steffens’ world. 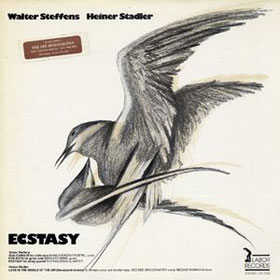 The opening for “Ecstasy” Op. 2b for string quartet, which is, in turn, derived from Steffens’ early work, notably “Qua-Cumque” Op.27a and “For Soto” Op. 18 (these pieces not only belong to the same period, but also thrive on self-quotation from elsewhere in his oeuvre) is entitled so it captures a headiness and that is exactly what you get – an unvarnished exuberance in search of harmony and development (very original) both of which it finds before emerging once more as the purest “intellectual” pursuits. In the two latter compositions, in the more spare nature of both, Berg and Webern, and Schönberg seem to have morphed in with Steffens and result in a dynamic and willful alliance. Steffens gets his immediacy and nose for atmosphere from Berg, but he is his own man and full of surprises. His is a boldness and directness and he clearly relishes the gamesmanship of composition – like the freewheeling music after the painters’ celebrated works. 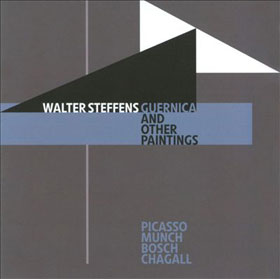 Guernica and Other Paintings opens with a great example of what makes Steffens themes so individual. Rapid, tortured lines borrowed from Picasso’s iconic work, highlight its imagery of the senseless destruction of the Spanish Civil War. But suddenly there is a modicum of calm in the deepening viola among the other instruments of the orchestra with a multitude of heraldic angelus and other heraldic associations that are suggested by the spectral nature of the otherworldly work. The mixed choir enjoys a wild ride in the deep song of Federico Garcia-Lorca’s text for Munch’s famous painting “The Cry” and again the rug is pulled from beneath our feet at the close of “Le Cantique des Cantiques”. Here the great grumbling of the organ, provides intimations on what has passed together with unexpected monologues and afterthoughts. An aching folksiness also pervades the earliest works of Transpositions and also the gentle cantilevering of Chagall. These open a window into the mind of Steffens where tiny shafts of light illuminate his genius. This is true not only of Transpositions, but of Ecstasy as well.

The various soloists and orchestras under various contractors and conductors make an excellent case for these intriguing pieces and Heiner Stadler brings them to us in recordings of vivid immediacy. Moreover with these extraordinary recordings, Heiner Stadler has continued to draw our attention to one of Walter Steffens’ greatest strengths: his ability to relocate “the visual” to the landscape of “the aural”. In other words Steffens reacts to the paintings reflectively; emotionally and therein lies the challenge: to feel for the paintings the way the composer (Steffens) does. Thus you as a listener are led by the composer back from “the aural” back to “the visual”, where you are able not simply to feel the pain of Picasso, through the music, but now to see it the way the great painter did in the first place. To enter the world of the painter you must first accept that Walter Steffens will lure you into his world of music… These discs produced by Heiner Stadler make it impossible to resist both musician and painter as well.

The German composer Walter Steffens’ creative work over the last five decades has engaged in this ‘impossible’ task of creating a musical equivalent of specific works of visual art. Steffens early compositional work was marked by a freely applied use of the twelve-tone technique, from which he moved towards a model row that emphasized groups of sounds without thirds. During the 1980’s, Steffens gradually expanded his compositional means by adding the Funfklang—which is to five tones as the Dreiklang (triad) is to three—thus creating incomplete consonances. He employs this element, along with his own eight-note scale with scale-related sound patterns, in order to generate juxtapositions of tonal and atonal material. Referring to his approach as a ‘mixed concordant working process’, Steffens thinks of these juxtapositions as a sort of opalescence, that is, as a certain iridescence emanating out of a milky stew of tonal and atonal elements.