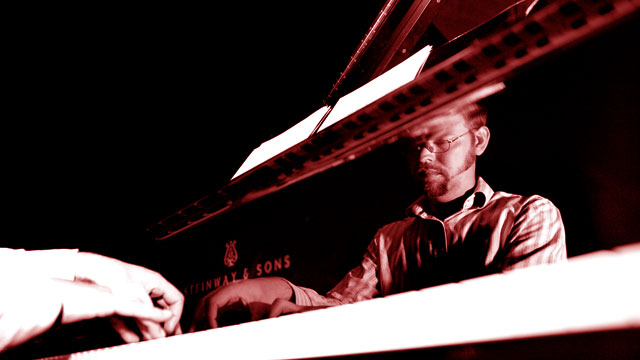 By the time the 4 longish tracks of Christopher Fox’s Piano Works wind up it is like hearing the unravelling of the mystery of mysteries in music. Even if you had not kept up with the individual parts, you would know that something big and beautiful was happening here. It’s hard to know what Mr. Fox would have made of the performance of these pieces. I’m sure that he would have liked their sonorities at the hands of Mr. Thomas. Would he have worried about Mr. Thomas introducing, if at all, a smidge of his voice into the performance? I think not. The composer would certainly have liked the shiny and bright versions (and some mellow, as well). And he would certainly have liked the fact that there is plenty of colour and firepower and with the rich overtones from the bass as well as the pianist’s own idiosyncrasies such as he uses to explore further into the familiar music; the unexpected discoveries that he brings to light. 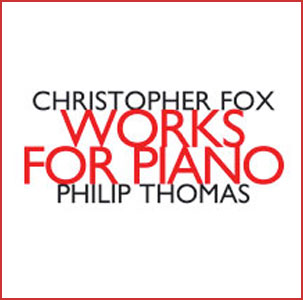 In order to introduce some change into my review, I listened to this new recording—which was made at St. Paul’s Hall in Huddersfield University and engineered and edited by Alex Harker—on a variety of desktop and mobile devices, with earphones and with conventional computer speakers. The effect each time is different, always surprising me with the physical beauty of the sounds and silences being created and re-created. Since there was no predictability to what would catch my ear each time through, I was always eager to listen more. The only constant however, was—and this is a very welcome sound—that Philip Thomas would always make this music meaningful and emotionally impactful. As a frightfully brilliant soloist you always get the impression that you are riding this great big wave of rhythm, sound and texture created by this huge instrumentation and a stirring finish to each of the four pieces.

Another constant was also the restrained, curious and positive playing, with the touch of a child approaching some wonderful modern day carillons à musique, letting the music’s hypnotic power just happen before it dies ineffably away, as it does at the end of “L’ascenseur”, for instance. Philip Thomas by way of Christopher Fox immerses himself in the striking colours as in the inspirational heroics of the palette of composers such as John Cage and Christian Wolff. This provides a further reminder of just how drop-dead gorgeous Mr. Philip could make his piano sound. To be sure, however, the music of Christopher Fox itself provides compelling proof and understanding of what the poet in the composer seems to be saying here. This is a work and a performance of eloquent passion and command.