Patriotic poetry and music – at least in the post-colonial form that we recognise it today – pays only passing homage to ‘the land’ and that too, usually in the context of the nation-state. Perhaps the only people who have truly recognised the planet as sacred in the deepest spiritual sense are native peoples: African tribes, the Maoris of New Zealand, the Aboriginals of Australia, the Adivasis of India, the Sami peoples of Scandinavia, the Nenets and other Samoyedic peoples of the northern Russian Federation, and the Komi peoples of the western Urals, beside the Circassians in the North Caucasus, and the various indigenous people of Canada and America. 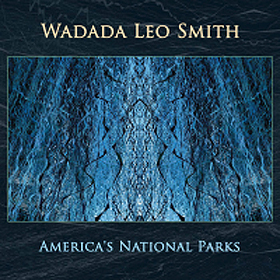 In a sense, therefore it is not surprising that Wadada Leo Smith should be one of the very few artists in modern North America to have composed music of the kind that ‘native peoples’ as we know them to be today have written. Smith still has it is in his blood to recognise the sacredness of the land that is on loan to us from our ancestors. In retaining his African-ness (most of us still seem to deny our own), he has essentially become one with ‘the land’ in a truly spiritual sense. American National Parks is a composition in that very elemental sense; one that defines man’s spiritual relationship with the very sacredness of the sod. In his composition Wadada Leo Smith posits (in the liners notes) that he imagines these six parks as being greater than the acts of Congress that created them. And just as he did in The Great Lakes Suite and Ten Freedom Summers he has changed the dynamic and the discourse of what has narrowly come to be enshrined as a ‘national monument’.

As an African-American it stands to reason that when Wadada Leo Smith puts pen to paper – and we have a 28-page score here – he is contemplating his relationship to Planet Earth as both native (his African-ness, which naturally becomes a source of his human-ness) and his triumph over slavery (his African-American-ness). This work, more than any other he has written exemplifies this aspect of his artistry. Not only is Jazz a part of his linguistic make-up, it is the very celebration of this work. The first tow movements of this work on Disc 1 ‘New Orleans: The National Culture Park USA 1718’ and ‘Eileen Jackson Southern 1920-2002: Literary National Park’ offer the defining aspects of the relationship into which Smith has been ‘forced’ to engage, historically as well as culturally. It forms the basis of his relationship with Planet Earth, in America. From here flows everything else: his ‘worship’ of Yellowstone, Yosemite and Sequoia/Kings Canyon. ‘The Mississippi River…’ is unique in that it not only takes the listener back in time – to 5000 BC, but also to the delta that gave birth to the Blues.

Polemics apart, America’s National Parks is an epic pastoral work of music. In the breath that he exhales from his trumpet we hear the wind. And in the piercing wail of his musical phrases is also heard the worshipful cry of lost humanity. We hear the continuum of the sound of the horn, from the ‘abeng’ to the modern trumpet. In a glorious, wisp-thin tone Smith brings to life music that is full of hope and joy. His gleaming melodic lines are sometimes long and suggestive of water cascading down rocky promontories and at other times like short stabbing gestures of hands on rock. In employing Pheeroan akLaff on drums Smith not only appears to draw our attention to elemental earth, but also to create a sense of the sound of the earth being sculpted by both nature and man – and what a marvelous sense we get of this throughout the programme but especially on Disc 2 ‘Yosemite: The Glaciers, the Falls, the Wells and the Valley of Goodwill’.

Just as akLaff echoes the thundering of the rhythm of earth, John Lindberg ‘sings’ it’s bass line melody. His woody notes growl like a bass voice in an aria, especially in his arco passages. Together with Anthony Davis on piano and Ashley Walters on cello the instrumental element of the group keep the fire of the music burning throughout the performance of the score. We’ve heard musical works by Leonard Bernstein and Aaron Copeland written in praise of the land and performed by symphonic orchestras. However, in the intimacy of the quintet – an in the inimitable music of Jazz – magical relationships occur as the music unfolds on an epic canvas. On the CD we are, naturally yet unfortunately, denied the mastery of Jesse Gilbert’s moving pictures that must surely accompany live performances. Judging by the pictures in the booklet a performance accompanied by a video presentation would complete the majestic aspect of this important work by Wadada Leo Smith, a major artist of our time.