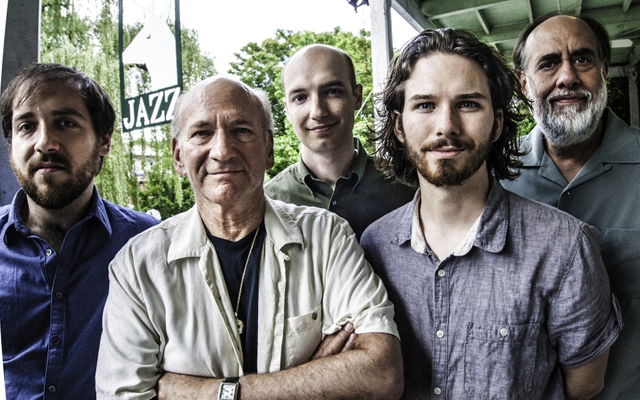 There are only three most enduring groups in Jazz today in the mold of what was once referred to as ‘The Classic Quartet’ – meaning, I suppose an ensemble of substance. The Keith Jarrett Trio with Jack DeJohnette and Gary Peacock, the Wayne Shorter Group with Danilo Perez, John Patitucci, and Brian Blade and The Dave Liebman Group with Bobby Avey, Matt Vashlishan, Tony Mariano and Alex Ritz. It is hardly surprising that these groups should represent this great music with such noble authenticity; they are, after all, fronted by truly iconic musicians. Keith Jarrett, Wayne Shorter and Dave Liebman. 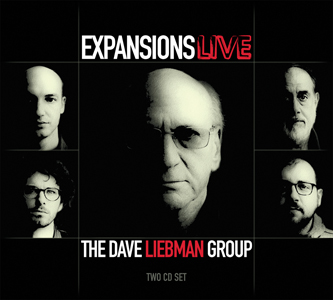 Dave Liebman is among a very select pantheon of saxophonists. Together with Wayne Shorter, Pharoah Sanders, Sonny Rollins and Archie Shepp. Liebman, like the four other saxophonists makes musical magic not so much because of unrivalled virtuosity, but because he is a very spiritual musician. The suggestion here is that he does not simply practice the art of music, but has forced his way into its secrets and that, together with his knowledge (of its history) has raised him to the Divine. It is true that Charlie Parker and John Coltrane showed the way in this regard, as did Miles Davis. However, none but these few saxophonists seem to have reached such a rarefied realm. Never is a note played unless Liebman risks his life for it. It is as if the very breath of God Himself was present in the tone, the colour and the texture of every note, and the very timbre of the saxophone itself. Hyperbole, you say? Well why not listen to Expansions Live?

To suggest that Dave Liebman was in top form is almost laughable. Indeed an old soul has been awakened and his spirit roams the dark recesses of the art like a musical apothecary in search of the perfect note. This Liebman does by sniffing at its fragrance and tasting its very flavours before mixing it into a magical potion that is served up in short stabbing phrases that punctuate long, breathtaking lines. His idiom is alive with childlike imagination, unfettered by the rational intellect, unconstrained by syllogism. Listen to 12m55s of John Coltrane’s ‘India’ on Disc 1, or Bobby Avey’s stunning arrangement of ‘Love Me Tender’ on Disc 2. These two songs alone are worth every hard-earned dollar that might be spent on this package, should one evaluate the spending money in that manner. But this music can never be a ‘miscellaneous expense’.

The two disc set comprises of what has been termed an ‘acoustic’ and an ‘electric’ set (presumably). But it is all music really and of the most memorable kind. Disc one appears to be more high-spirited and charged, as it were by the kinetic energy that ignited the music of Bird. There is an extraordinary version of Tadd Dameron’s ‘Good Bait’ – the very epitomé of ruggedly dramatic bebop music in all its glorious changing time signatures and rhythmic complexity. On the same disc, you’ll find heart-stopping versions of Miles Davis’ ‘All Blues’, Hermeto Pascoal’s mind-bending ‘Selim’ and John Coltrane’s majestic ‘India’. Disc two is loaded with more intensely swirling currents. Dave Liebman’s ‘The Moors’ is starkly beautiful and crepuscular. ‘Footprints’ from the Wayne Shorter songbook is more sinewy, paced like a jaguar moving with great stealth. And Olivier Messiaen’s ‘Danse De La Fureur’ is signaled subtly at the beginning before liquid streams of quavers gather into a gentle cascade as the music progresses.

Looking back over 2016, one will be hard-pressed to find art that is so mesmeric, explosive, with rhythms bristling, dynamic contrasts more starkly illuminated and with a more dynamic thrust and propulsion. It’s an exhilarating encore to Expansions from two years ago that looks well forward into the future of Jazz.