Even if Tynan Davis never makes another record her reputation with this one, simply entitled Tynan, has been firmly secured. The reason is simple: Tynan Davis is a one-in-a-million musician and Tynan is something to die for. After a quiet listing on iTunes and Amazon, Davis officially launched the album mid-March at Jazz At Lincoln Center. “Launched” is probably much too inadequate a word to describe what happened. Tynan Davis – an operatic mezzo soprano who can swing as well – literally exploded on stage. Those who were there that night are sure to agree that they witnessed something truly spectacular as Davis sang song after song from this album, each one a gem that glimmered in the night. Those who missed that performance need not feel disheartened for this studio version of that programme is every bit as good.

Tynan Davis is a force of nature and the crackling tension of this performance fills her every phrase. Her swaggering fireworks begin from “Sing Happy” and culminate in the final “aria” of almost unbelievable velocity as “I’m So Glad We Had This Time Together” brings the album to a close. In between we have many glimpses of her prodigious talent. Her lyricism is equally powerful as well. “A Child Is Born” is just one song with many lump-in-the-throat moments. Creating hushed silences or soft tremolos, she subtly makes space for her vocal entreaties to sink in. It is this ability to make emotive statements and gestures with whisper-soft supplications is breathtaking. 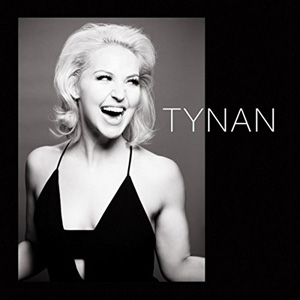 Every emotion is real and palpable and her sense of rightness in delivering a phrase in the special way that it speaks to her is truly compelling.

Listen to “Hello Young Lovers” and you will discover a masterpiece of pathos. Melodic details are framed by phrasing that is eloquent and imaginative. This is especially audible in “Over The Rainbow”, “Singing in the Rain” and “Look to the Rainbow”, all songs that brings not just characters, but whole films to life. Tynan Davis is a genuine and bel canto mezzo and she uses this to great effect in bringing narratives to life in an operatic manner. But she can also swing like mad. And she offers two very special treats to listeners in “Rubber Duckie” and “My Heart Belongs to Daddy”. This is not to say that she does not swing on other songs. Quite the contrary. Davis can make every song an excuse to swing, but she has a talent for letting the songs speak to her and in using her rare gift of discernment that she lets the song take shape.

Listeners get a glimpse of this ability to canny choices for execution as well as her vocalastic skills on the medley “Get Happy/Happy Days Are Here Again” in which she also duets with Michael Coco. And on this song she also puts her wondrous instrument on full display as she leaves her proverbial mark on both the songs in the medley. Tynan Davis is not without first class help on this album either. The repertoire is masterfully selected and arrangements from Ted Nash, Victor Goines, Sherman Irby, and Marcus Printup are another reason to cheer. Best of all is the backing band comprising Kenny Rampton and other illustrious members of the Jazz at Lincoln Center Orchestra. All of that and the fact that Tynan Davis is bound for greatness make this one of the most thrilling rides to be on.