There is a strong belief – legitimate, some might say, because of the support receives among knowledgeable musicians and scholars – that the music of Jazz is “America’s classical music”. If by that it (the period from the late period of Louis Armstrong and Duke Ellington onwards) is supposed to be considered analogous to the period from the ‘baroque era of Bach and Telemann’ through Beethoven, Mozart, Brahms all the way past Karlheinz Stockhausen and on to Aaron Copeland and beyond, then The Blues might, in turn, be analogous to the period from the monastic solemnization of “solfège” to Palestrina. The argument appears tenuous at times but gathers strength when despite the fact that Gunther Schuller, George Russell, Aaron Copeland and even Vladimir Horowitz have jumped in. It is also hard to argue against it when the music of George Russell is in evidence, or the music of Fats Waller and Art Tatum, Errol Garner and Oscar Peterson, Charlie Parker, Thelonious Monk and Bud Powell added into the mix.

It is also hard to argue with those who speak of what is now called “country blues” (as opposed to its later incarnation “classic blues” is spoken of in sanctified terms. What other reason could you give for Lead Belly’s oeuvre, his mastery of the 12-string guitar and his multi-instrumentalist skill? Or the breathtaking pizzicato style of Blind Lemon Jefferson? And then there is Samuel “Lightnin” Hopkins who combined both epic narratives with virtuoso guitar becoming the very epitomé of the middle- and late-period of “country” blues… The proof is, of course in the Tradition and Folkways recordings of Lead Belly, the Tradition recordings of Blind-Lemon Jefferson, 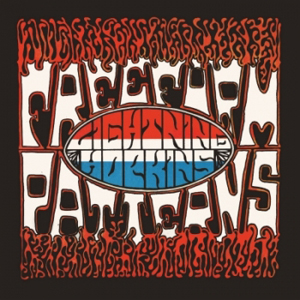 and in the Tradition and International Artists Recordings – and now Charly Records (re-issues) of Lightnin’ Hopkins.

Three years ago, Charly Records of the UK acquired the rights to Lightnin’ Hopkins’ seminal recording Free Form Patterns. The Charly label promptly released the 1968 classic on vinyl. It featured two original sessions – recorded on the 3rd and 4th of January 1968 and the 9th of February 1968 – produced by Lelan Rogers in Houston, Texas. In his brief notes to the original LP, Rogers refers to the “contents of this album” as “truly Free Form Patterns of Lightnin’ Hopkins – and as Lightnin’ said to me when I questioned him about a few notes I thought were played wrong from his side men…” Hopkins replied, “Man that is the blues – that’s Lightnin Blues”. Elsewhere on the album jacket, Hopkins talks about his music again, this time in the haloed halls of England: “When I played the command Performance for the Queen of England, I said, QUEEN LADY, I’m sure glad to meet you, and if you’ll just sit down over there (picture shows him pointing to a seat somewhere in the audience, guitar in hand) you’ll hear something you ain’t never heard before, and I backed up and sit down on a stool and hit that first note so hard, you could hear it clean across the water.”

True to form – to free form, actually – Lightnin’ Hopkins’ music unfolds as the avant-garde of the day. His notes carry a singular drawl – a Texas drawl – as they roll over each other to form that seminal wave travelling so fast, and yet as sinuous as it makes its way into the inner ear of the mind “hitting so hard, you could (indeed) hear them clean across the water”. The opener “Mr. Charlie” is a joyous piece, which immediately engages you. It’s followed immediately by “Give Me Time To Think”, a mysterious ballad edged with a rueful feel. This features a thoughtful melodic solo by Lightnin’ Hopkins, a sort of leap of faith into the great unknown of the instrument, twisting and turning as he continues to ring in the changes in mood, structure and tempo, making for a constantly interesting programme. The considerable degree of balance and integration of melody, harmony and rhythm, of composition, individuality and tradition is impressively maintained throughout. What a treat to hear this venerable bluesman in a show that is one for the ages. Billy Bizor is mournfully brilliant – on vocals as well, on :”fox Chase” and “Baby Child”, where he as the lead. Meanwhile the leader meanders through a programme of his classic repertoire and the rhythm section responds with tart phrases and tempos, thrills and spills.