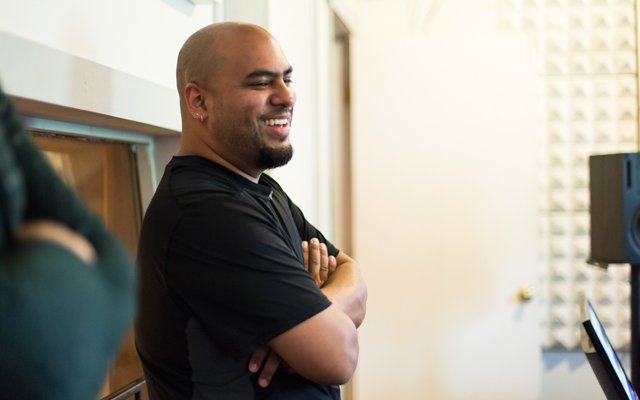 Loosely themed around ancestral-musical “nostalgia” Days Like These from the effusive-sounding, Australian-born, tenor saxophonist Troy Roberts pairs works by Stanley Turrentine, Johnny Griffin and Mr Roberts’ very own (works) – such different voices yet sharing, in Mr Roberts’ view a quality of unobstructed commonality and directness. His reflective yet ebullient and probing approach to their music and his own plumbs the depths of every piece. It also heralds, in my opinion, a brave and bold new voice on an instrument that continues to remind us of the glory years of one of the most iconic instruments in the development of Jazz. 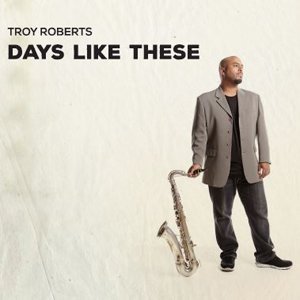 Even if none of the music was written by Mr Turrentine of Mr Griffin, the fact is that they made iconic musical statements on their instruments playing them. I believe that – and the music shows us that – Mr Roberts does so too. By placing (for instance) the song made famous by Mr Turrentine – “My Girl is Just Enough For Me” – together with another one “You’ve Had a Busy Day” that has been “classicised”, if you like, by himself – both songs and both approaches to the tenor saxophone become the sum of the parts. These performances alone, on this album, qualify Mr Roberts to insert himself in the forefront of the instrument of this great music too. Both performances are full of emotion, mellifluous melody. Mr Roberts’ own magnificent compositions such as “The Waltz of Parting Days”, the “churchy” feel of “Sly Old Dog” and the quirky “Wizard of Ozroop”, worked over with scholastic purity, also show that he has enormous respect for and knowledge of the history of the music.

In the high drama of both works Mr Roberts’ touch is cushioned, soft and pure; even in the strongest outbursts he never breaks the intensity of atmosphere with the effortless “rolling over” of the fingers on the keys as he creates broad arpeggios. He is attentive in every detail and my only slight quibble is the slightly over-lavish sense of (equivalent of) “over-pedalling” had these pieces been played been played on the piano. As it happens, though, the only keyboard present on the album is the Hammond – played by two masters: Joey DeFrancesco and the (relatively newer) younger Emmet Cohen. Mr DeFrancesco has clearly had an epiphany lately and his playing is now perfectly ornamented even as it eschews the kind of florid décor that (probably) arises from his extraordinary fluidity on the keyboard.

The brilliance of drummer Jeff “Tain” Watts never fails to astonish and he is an enormous asset to this organ-trio recording with a twist. Of course, the overarching influence on this recording is the ever-so-fresh, original and impassioned expressiveness off Mr Roberts’ performance, which is at its most rapt and hypnotic throughout. It is forthright when it needs to be and captures the emotional fragility of the songs when called for. Mr Cohen for his part reveals himself to be an artist of the first order; his virtuosity matched by depth of emotion and erudition far beyond his years. The recording is superb in its approach to placement of high-quality microphones and manipulation of dials and knobs that capture what seems to be the lungsful of air as they are expelled by the tenor saxophonist through the bell of his instrument.