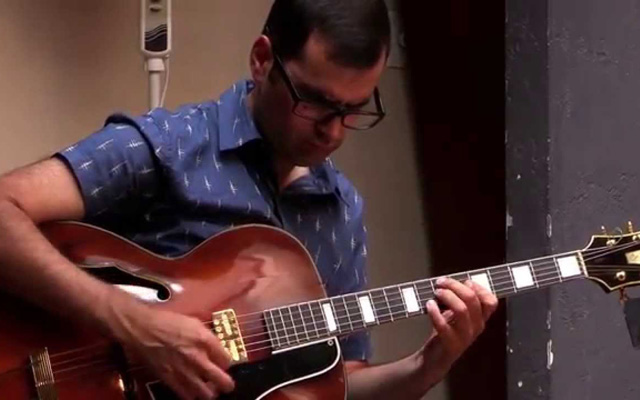 While not rare, it is still a brave thing for a young guitarist, fresh from the victory of playing with Mike Murley, Seamus Blake, Sophie Millman, Dave Douglas, John Abercrombie, Donny McCaslin, Kelly Jefferson, PJ Perry, Pat Labarbera and a slew of other contemporary musicians, to resist the blandishments of management, producers and well-wishers to record his debut disc. But that is exactly what Trevor Giancola, a student of the high and mighty at Humber College, Toronto, has done. Until this adventure, all that Giancola had done was to play with other musicians, cutting his teeth, so to speak, in the big bad world of live jazz. 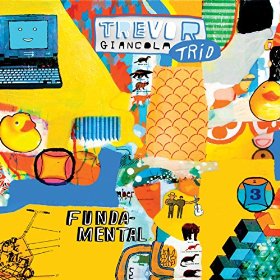 Giancola’s deep feelings for The Music are obvious in the breadth and emotional resonance he brings to such classic Jazz standards as ‘Punjab,’ ‘La Berthe,’ ‘Just One Of Those Things,’ Turn Out The Stars’ and ‘You Go To My Head’. The fluttering figurations of his guitar speak with a delicate poignancy and the music blossoms into that ecstatic exaltation so characteristic of this music. It does face some stiff competition, however, from the many other guitar albums already – and about to be – released in 2016 so far, but from the current evidence here and upon reflection most if not all challenges are likely to fall by the wayside. Playing with innate grace and beautiful, loping lines, Trevor Giancola plays wise beyond his years, like an old master.

Especially striking is the pristine clarity that he invests in the scores’ often murky sound. Giancola’s lean sound is especially welcome in Joe Henderson’s ‘Punjab,’ where it helps activate the forward thrust of the musical argument. Everything stays on the rails, with an abundance of skill and sentiment, veering perilously at times, but never derailing from preciousness of purpose. The energy of the Elmo Hope compositions, ‘La Berthe’ and ‘De Dah’ provide bracing contrast with flight paths tethered to the (welcome) differentiated bass of Neil Swainson, one of the instrument’s finest. The interaction with Swainson and with drummer Adam Arruda prepares for a truly impressive first outing for this talented guitarist. And it is for sure that Giancola will be back to share with us his evolving love of this fantastically challenging music.

Track List: Fascination; Cicada; La Berthe; Fundamental; Punjab; De Dah; I See The Moon; Just One If Those Things; Turn Out The Stars; You Go To My Head.