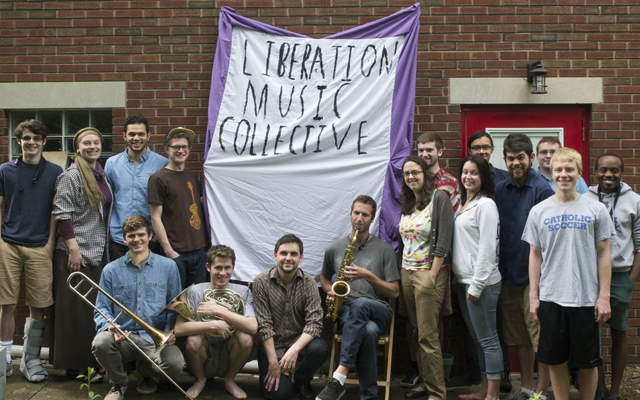 It takes a group of bold artists who dare to comment on social issues and bolder still to make music about them. True, the issue of race, simmering under the surface of all North American society cannot be hidden before and bursts forth at the least provocation. The world of jazz does not see much of this, but music in general is a white man’s world. So when The Liberation Music Collective decides to make a record about social issues why should it feel disingenuous? I’ll admit that I was suspicious at first about motives of the group. But that was before I listened to Siglo XXI. I must eat humble pie at this point because I was being judgmental about the motives behind a group of white socialist musicians, as this collective must surely be described. I was also wrong about the music being excessively didactic and not artistic enough. This record proved me wrong. 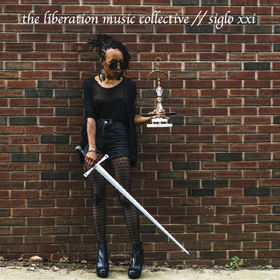 Siglo XXI is a profound album and it is really well-made. So much is out of the question here: complacency, clichés, safety nets and more. So much relies on emotional extremes and instincts as quick as this collective. It is a gathering of remarkable socially-aware musicians. But make no mistake there is a stunning degree of instrumental virtuosity at play here as well. The drive of bassist and co-leader Hannah Fidler and trumpeter and co-leader Matt Riggen is born of more than artistic stamina – of an acute sense of risk-taking. These two leaders and the rest of the ensemble don’t hold back on the music or the issues often pushing both to the brink of breaking point.

That’s what makes the music of Bismillah (for instance) so intoxicating and why Durand: New / Vibrant / Dangerous / Sexy communicates with such fire-bellied urgency. But it is also at the opposite end of the spectrum that The Liberation Music Collective also makes their mark; in the interludes that feature interviews and broadcasts by the musicians involved who speak plainly about abortion, race and other issues. The sense of justice is clearly paramount here as is the drive to produce something that is both artistic as well as socially relevant. To this end, the music is never short of delicate songfulness even at times when it is at its most preachy. And this is why The Liberation Music Collective must be congratulated – for their dedication to social justice as well as their wonderful musical aesthetic.

While it is not fair to single any one musician out, a lion’s share of the kudos must go to the co-founders. Their sense of restlessness about the state of life in America has not only prompted them to go the distance and call it out, but also to do so in rich moments of thunderous outbursts. These two musicians pull out the stops musically and this is what also drives the rest of the collective to reach further and play harder – not just beautifully, but in a sweeping white-knuckle ride from end to end, on an album that ought to remain relevant for a long time. It would also be interesting to see where The Liberation Music Collective goes from here.