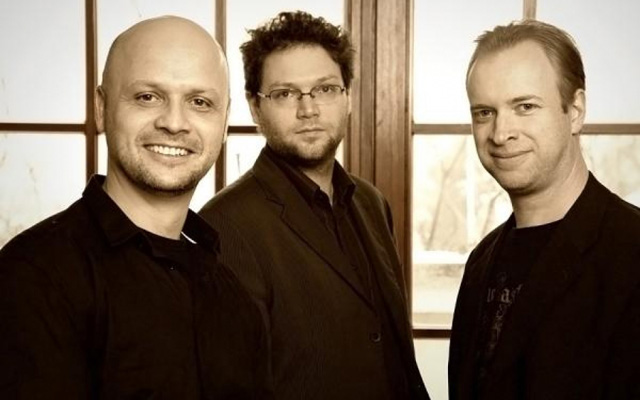 Context is the principal factor that links all of this music with Zsolt Kaltenecker as the common lynchpin; an overwhelming presence in the case of much of the music from Nocturne Revisited to the airy Between Spaces; in other words virtually all of the programme, a prompt for musical nationalism for 1705, whose music is poised somewhere between Béla Bartók and Keith Jarrett with a history of European modern music of Stockhausen and the bittersweet voices of Monk woven into its diaphanous robe. Yet it is quite different from its moody extremes despite the force of those touchstones that drive it. 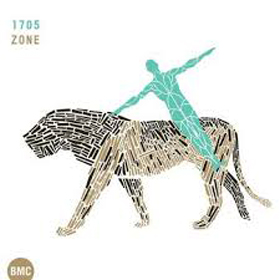 The celebrated opening track – Nocturne Revisited – stretches outward as if its yearning harmonic blur, with a driven second movement improvisation (its muted coda anticipating the evocative night music episodes of Bartók’s maturity), and a slow finale where sullen, slow-burning cast a purposeful glance in the direction of the master’s Divertimento for strings, in which case it pays to recognise the magnificent role that the group’s double bassist Béla Piri maintains the dramatic tension of the piece without excessive intensity, focussing Bartók’s style with ease, although I also recognise a touch more seduction in the rest of the repertoire – Spring Dance and Vortex, for instance – where the trio coyly tosses a mock-sentimental ballade between the respective instruments.

While the group occasionally looks back the main focus of its gaze is always forwards to music that echoes from the 1990s and the millennia beyond. Using the touchstones of programmatic music, serialism and minimalism the group pushes all of the relevant buttons: romance, playfulness, caprice and quickfire contrasts that inform the rhythmic propulsion of the music. This makes for a fuller-toned conversation between contrasting timbres and tonal colours that come from the widely divergent instruments. These musicians also show a propensity to ruminate in the magnificence of Kaltenecker’s compositions which give each member of the trio ample room to breathe to show off the maximum drama of the work.

Often there is a lilting, slightly sardonic manner – not unlike that of Miles Davis – in this music and I must admit that it is this character in the music that wins me away from music that is also excessively virtuoso and stilted. 1705 is alert, fast and always fiery. Their answer to every musical challenge is wonderfully reckless: they simply set the bar higher and delight in climbing breathtakingly from ledge to vaunted ledge, springing like mythical characters with super (musical) powers. This is most unusual, even among late Hungarian groups and so is most beckoning, even though eventually jazz as we know it intimately is not being indulged in here.

There are several reasons for the trio’s unusual choice of name. On the one hand, it is the title of one of their tracks, which Zsolt wrote on a historical keyboard instrument made in 1705. On the other, it suggests an association with the film “Legend of 1900” and its protagonist, who – willingly or not – is a caricature of musical meticulousness. For the members of the group, openness, the breaking down of barriers and the crossing of real or imagined boundaries are prime motivations. Read more…