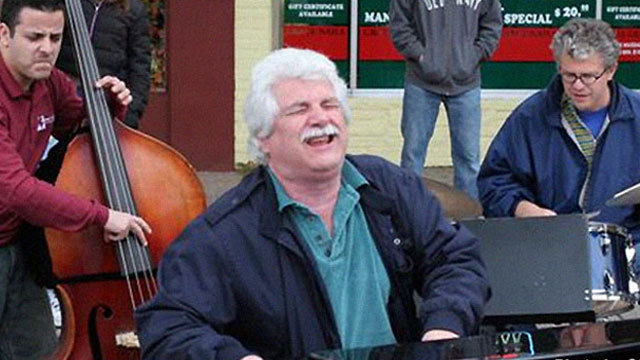 Hofstra University, which once begun as a college and part of New York University in 1935 and became independent in 1937, has always boasted a wonderful liberal arts faculty including some notable names in film (Francis Ford Coppola and Christopher Walken) and music. Pianist and composer Dave Lalama is one of those names in music who probably does not get enough credit for his work in that art despite fine works that document his artistry. This might just be about to change with the record he has simply entitled The Hofstra Project a panoply of exquisitely arranged big band charts that are performed by a combination of Hofstra alumni and faculty. Here is not only evidence of some of the finest virtuosity on brass and woodwinds, piano bass and drums, but expressions of deep passion and very soulful playing. Interestingly, one of the most notable aspects of the album is that it displays a fine sense of history as it pays homage to some of the celestial beings that make up the pantheon of musical gods who continue to inspire younger and still-active musicians to contribute to the language and literature of jazz as well as contemporary American song. 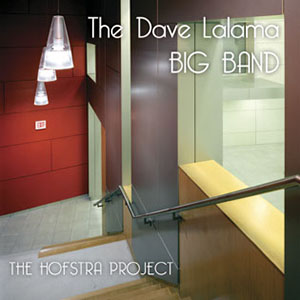 Dave Lalama, who put this project together, deserves some of the principal credit for this as does the alto saxophonist Jonathan Holford and the third producer of the album, Mike Marciano. Clearly there is a sense of belonging to the musical continuum to which these men have a sense of belonging. Mr. Lalama is also a fine pianist, who plays with considerable musical intellect and tasteful pianism. His technique is flawless and he expresses himself in short and sassy pianistic lines that weave and wobble in and out of the melodies of the tunes he attacks. Mr. Lalama brings a palette of brilliant colours and shades to these charts with his harmonic colourations and he does so in a manner that is at times bold as well as sometimes quite subtle as well. His sense of timing is also wonderful and although he is not heard of much during the proceedings of this album the elegant brevity of his musical statements is always noticeably warm and enduring. His work on Charles Mingus’ “Duke Ellington’s Sound of Love” is quite memorable. This chart, one of the finest ballads to be written by one of Mr. Ellington’s greatest admirers is also a great big band chart from the pen of Mr. Mingus, one of the true giants of jazz. Mr. Lalama also has a short, but memorable exchange with bassist Pete Coco on Sonny Rollins’ mighty motoring bebop chart, “Pent-Up House,” a sizzling vehicle in which the band also heats up the proceedings considerably.

Jimmy McHugh’s fine song, “Where Are You” is a vehicle for the soft and sultry brass and woodwind to shine as well as swing with considerable abandon. Soli are brief and contribute to building the tension of the music and result in the weaving of an intricate musical fabric in keeping with the tenderness of the song. Joe Henderson’s “Inner Urge” is an introspective tune played by the band with interesting and multiple counterpoint that takes this song into another, almost mystical realm. The great pianist Jimmy Rowles’ classic song “The Peacocks” is beautifully crafted and considerably reimagined as is a rarely played gem from the pen of the magnificent bassist, Oscar Pettiford—“Tricotism”. Some of the most interesting music on the album is the clutch of original music that pays tribute to Thelonious Monk. Two of these are “No Evidence” and “St. Thelonious”. Both charts display a deep understanding of Mr. Monk’s wonderful sense of humour as well as his singular sense of musical architecture. Mr. Lalama has a splendid opportunity to show off his skill as a pianist and his sense of history and he acquits himself with distinction on both counts. The other originals, “The Song Isn’t You,” “Blues for…” and the exquisite “Evansville” make a case for this album being labelled a classic. All the charts show the sublime skill of the musical faculty of Hofstra as well as the ingenuity of the younger alumni who combine to make the experience of big band music something to truly look forward to.

Tracks: Full House; Where Are You; No Evidence; Duke Ellington’s Sound Of Love; Inner Urge; Pent-Up House; Moody’s Mood For Love; St. Thelonious; Tricotism; The Song Isn’t You; The Peacocks; Blues For…; Evansville.

Dave Lalama on the Web: karionpresskits.com/davelalama/