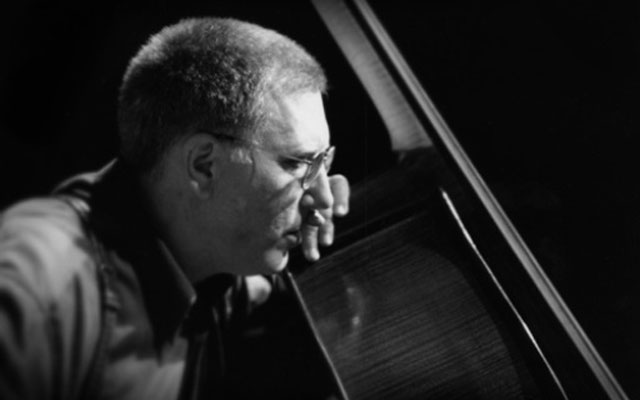 Horace Silver’s music – not just for piano but for ensemble as well – is the staple of the post-bebop repertoire, especially songs like Strollin’, Doodlin’ and Peace, all of which show the composer at his most exciting and eloquent and dramatic height. Chuck Israels’ Jazz Orchestra takes up a whole collection of Mr Silver’s compositions with consummate attention to their changing moods, interaction and dramatic (in some cases narrative) sweep. 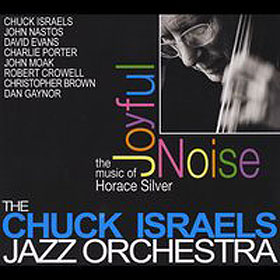 The spirit of Horace Silver is never far from the Chuck Israels Jazz Orchestra’s art but the bop master’s voice is so ingrained in the sounds of this exciting ensemble that the music possesses an inimitable personality. This is largely due to the fact that Chuck Israels applies a Silver glow and penetrating urgency to every line in close alliance with the aristocratic fervour of the brass and winds and the thoughtful passion of the rhythmists. The result: Players who epitomise cohesion and intimacy. In fact, Chuck Israels succeeds in doing what music of homage must, but does not always, do and that is to miss the honouree desperately, and also conjure up his spirit. How well the bassist makes this happen is almost magical. This can only come from a genuine love for and understanding of the composer’s idiom and it shows in every one of Mr Israels’ arrangements.

Chuck Israels is a flawless musician, a quintessential bassist with a silken growl and deep, hypnotic tone. His playing epitomises virtuosity and understanding of the role of the bass in creating the entire bottom of the music. He is a tremendously physical player with a sinuous pizzicato and a sensuous arco technique that is rarely heard today. He is a model for young bass players who all too often sound ham-handed on the bass violin. Mr Israels’ style is highly engaging and his expression and dynamic brings out the linearity of lines, then applies individual nuances of colour and expression to each. John Coltrane must have heard that in him when he hired him and so must Bill Evans on whose The Town Hall Concert Chuck Israels is absolutely outstanding.

The performance of Horace Silver’s music here is an intense meeting of musical minds as in the account of music such as Doodlin’, Strollin’, Cookin’ at the Continental and rest of the repertoire. As shaped by Chuck Israels’ writing and The Jazz Orchestra’s playing the music emerges as king, with an explosive and heartfelt series of emotional scenes. Each of the eleven songs chosen for this album inhabits its own expressive world, yet the musicians maintain a through-line that connects the journeys of the various songs. Soli are deeply emotional and meaningful, unhurried and spectacularly constructed, and executed.
Amid most 21st century interpretations of the music of the past generation the music of Horace Silver presented on Joyful Noise unfolds with cherished vitality and poignancy as placed in refined, articulate and buoyant perspective by Chuck Israels’ Jazz Orchestra. You could not ever ask for more.

Chuck Israels is a composer/arranger/bassist who has worked with Billie Holiday, Benny Goodman, Coleman Hawkins, Stan Getz, Herbie Hancock, J.J. Johnson, John Coltrane, and many others. He is best known for his work with the Bill Evans Trio from 1961 through 1966 and for his pioneering accomplishments in Jazz Repertory as Director of the National Jazz Ensemble from 1973 to 1981. Among Chuck’s many recordings as a bassist, some outstanding ones include: Coltrane Time, with John Coltrane; My Point of View, with Herbie Hancock; Getz au Go-Go, with Stan Getz; and many recordings with the Bill Evans Trio, including The Town Hall Concert; The Second Trio; Trio ’65; Live at the Trident; Time Remembered; and Live at Shelley’s Manne Hole. Read more…