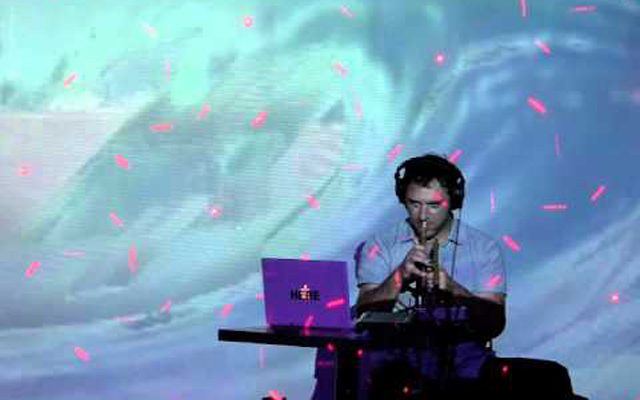 The term Gnosis is a feminine Greek noun which means “knowledge” and its adjectival form is “gnostikos” (or “cognitive”). In the hands of Plato, in Politikos (The Statesman) where it was used both in its plural form, “gnostikoi” as well in the singular “gnostike episteme”, the term might even have some androgynous connotations. On page 248, for instance, Plato has the following dialogue taking place between a stranger and the younger Aristotle Plato… The stranger suggests: “In this way, then, divide all science into two arts, calling the one “praktikos” (“practical”), and the other purely “gnostikos” (here meaning “intellectual”). The younger Socrates responds thus: “Let us assume that all science is one and that these are its two forms.” Is all this is a devious plot to obfuscate matters at hand; to create a new conundrum separate from this record? Simply give the disc a spin. Okay, let’s start over:

Taylor Haskins suggests Gnosis is a work in progress. In many ways the music that you will hear on this James Joycean record is just that: a steam-of-consciousness narrative of an epic struggle. But a struggle against what? The fact that this is an evolving story of a life lived by musician at many levels, informed by endless invention and improvisation its blows to the mind’s mind feel like the struggle of a music-loving, post-Heisenberg theoretical dreamer. One might call this the musical physics of Haskins’ universe in which Taylor Haskins seems to be reincarnated as both stranger and younger Socrates, and by virtue of his own extraordinary inner syllogism, 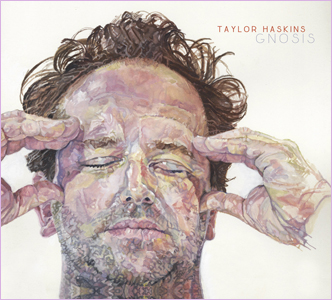 he arrives at a sort of Socratic deduction that the music of Gnosis achieves something unique; similar in pitch to the Indian philosopher J. Krishnamurti’s challenge to his initiates on Taylor Haskins’ pivotal piece, “Gnosis”.

Between the stark declarative on “Gnosis” and what comes before and after; the otherworldly keening of Taylor Haskins’ trumpet slicing into the hypnotic Sufi-like polyphony of Nir Felder’s guitar, and the rumble and thunder of Fima Ephron’s bass on “The View form Here” are the bold sonorities of Henry Hey’s pianos, Brandee Younger’s harp and other musical high points by the rest of the ensemble. In many ways the stasis of musical tranquility in “Hazy Days” seems so long ago after is dispersed in the agitated note attacks from Nate Smith and Haskins’ own prodigious leaps and modal rousing phrases on his myriad of keyboards. And the trumpeter’s “Lost Worlds” and “Artificial Scarcity” provide a sense of his somewhat dystopian sensibilities that seem to pervade through the entire album. In fact, if it wasn’t for “Plucky” it seems that Haskins’ endless creativity on this album might be entirely courtesy of the lengthening shadow someone Taylor Haskins calls the Herbie Hancock of Rockit” in pursuit of a musical Holy Grail.

Loving care has been lavished on the music of “Equal Night”, “Circle Theory” and also the immaculately crafted “_Alt _X”, which brings this musical inquiry into the events of Haskins’ magnificent obsession to an end. Avoiding salon platitudes the musicians’ reading of the pieces exudes a rich modal passacaglia in the finale of the latter piece. Henry Hey and Todd Sickafoose also join in the festivities here, which are also beautifully laid out and thoroughly virtuoso outings for Taylor Haskins and Nate Smith. The brooding nature of Gnosis also constitutes some of the most compelling fully-projected playing by any contemporary musicians. In the contrapuntal and architectural clarity of this music on “Gnosis” (the piece) – as well as the music elsewhere on the disc – is unfailing in energy, perfectly weighted of touch and a beautifully imagined layering of texture and dynamics. But where does this leave our brave leader?

Will Taylor Haskins heed a call to a higher purpose; one where the (art of) humanity of art takes precedence over the art of music, or painting or poetry? Miles Davis, Herbie Hancock, and everyone who played with Davis on his Bitches Brew sessions all did. And what will Haskins do with his music, when he does reach that rarefied realm? Davis, Hancock, everyone from that group who continued playing music returned from that realm to more inner turmoil. So what will Taylor Haskins do upon his inevitable return to this realm below; one where the critics of Beckett’s En attendant Godot reside? Perhaps the next few studio and live performances will tell. It’s never too long for us to wait. For someone as “praktikos” and as “gnostikos” Plato’s stranger and the young Socrates, and as talented as Taylor Haskins “long” is never really a “long” time.