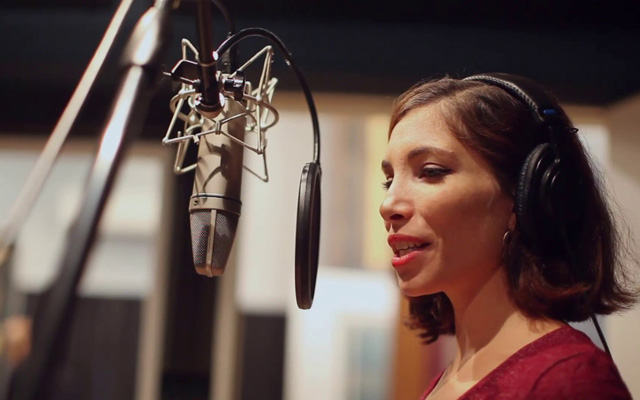 Tamuz Nissim is not only a singer of boundless promise she is already a great, full-fledged artist. This disc Echo of a Heartbeat shows how versatile she is, not only with her impressions of Charlie Parker and bebop in her breathtaking rhythm on Dexter Gordon’s “Fried Bananas”, as well as Eddie Jefferson in her superb crafting and delivery of her very own vocalese lyric to the piece, but also with her achingly beautiful ballad, “My World”, an original creation, one may add. Both of which songs speak to the other dimension of her artistry: her ability to write a perfect song, then to turn it on its head and sing it.

There are three of them on this disc but they are not only the perfect creations here. Her rendition of Duke Ellington’s “Just Squeeze Me” in which she re-fits the sexy inner pulse of the song with a playful one that is equally alluring. Here Miss Nissim also performs a breathtaking glissando at the end of the song which highlights not only her multi-octave voice, but her ability to use it with theatrical effect. 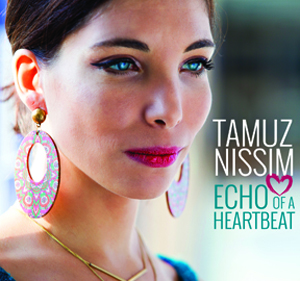 Again, in her interpretation of Dizzy Gillespie’s “Groovin’ High” Miss Nissim reveals herself here as an artist of the first order, broadening out from good old-fashioned swing which she seemingly can sing in her sleep to the vim and verve, and dizzying atmospherics of bebop and vocalese.

Miss Nissim’s instrument is gorgeous, lustrous, precise, high-sprung and light as a feather-light. Her musicianship is fierce as she digs into the expression of each word, brings ceaseless variety soft dynamics and gives every phrase a lustrous grace. Here she is accompanied – and guided – by the extraordinary bassist and producer, Harvie S, who brings deeply interiorised reading to the material (especially beautiful on “Groovin’ High”) The extraordinary blend of musicians also extends to inimitable pianist James Weideman, virtuoso guitarist George Nazos and the brilliant drummer Tony Jefferson.

Everywhere there is a beautiful bombshell that explodes from the artists led by this amazing singer and the fizzing “What a Little Moonlight Can Do” is only one more song that spins delightfully. Her vocalese on “Smile” is just as breathtakingly beautiful. So…everywhere, throughout this disc, Tamuz Nissim and the other artists make this music say something entirely new, and with such power that it is not simply the echo of the heartbeat, but the real thing itself. And by any measure that’s great music-making.