There is almost nothing of Mark McGrain’s music that is outside of his familiar role as the trombonist of the irreverent contemporary ensemble, Plunge, which is dominated by brass and winds. The present release, Love + Time + Divination is triggered by an abiding love for his parents and their love for the Jazz standard. Happily this is combined by the fact that Mr. McGrain is a son of the soil – not just any soil but that precious sod, from which the good Lord made NOLA and the precious African-American, who, in turn, made all things Jazz. Thus the music not only pays tribute to NOLA, with a series of musings, musical and otherwise on the ancestors, Jazz and NOLA – but it is a musical diary which records with profound meditative effect, a reflection on the state of humanity.

So the presiding deities here may just as well be the ultimate jazzy refinement of the Yoruba household one, Egungun-oya – the Orisha of divination reincarnated in the spirit of her sons who made the music of New Orleans as famous as it is today. And that includes Mr. McGrain, whose trombone also tells epic stories in the spirit of the music created by his African-American brothers. The breadth and strength of utterance, the depth, power and unshowy brilliance of his trombone manner, the uncanny blend of rhetoric and intimacy, 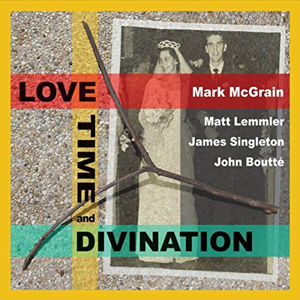 all combine to reveal a one-man symphonic, developmental drama of unassailable integrity that unfolds together with Matt Lemmler on piano, James Singleton on bass and – when he makes his hallowed appearance – the great John Boutté who soars free on vocals.

Mature are the shunning of the superfluous and its stead are three-dimensional textural perspectives and a profound almost spiritual fervour with which the music unfolds for which “On the Turning Away” has no peer – not even by Pink Floyd, who created this anthem. The song has, to all intents and purposes, been completely re-created in the image and likeness of a NOLA funeral song. That’s not to say that all is doom and gloom and tragic. In fact, to extend the metaphor of the New Orleans funeral to its maximum extent, entire songs may be characterised as part of the dramatic shift in mood after the soul is enabled on its journey to the rarefied realm. It is with this in mind that the music of “Hola Brah” has been created: the complete scampering, coltish high spirits of the return from the proverbial graveside.

Besides the stellar quality of Mark McGrain’s playing (as ever, warmly engaging and technically bombproof), Matt Lemmler, James Singleton provide accompaniments in a special class. The beautiful, slow-dragging of Mr. Singleton’s bass on “I Thought About You” as Mr. McGrain – mute firmly in the bell – glides on, and the deeply meditative “I Can’t Get Started”, a masterful duet highlighting Mr. Lemmler’s marvellous pianism are delivered throughout – as is everything else – with spellbinding loveliness. An album to absolutely die for…