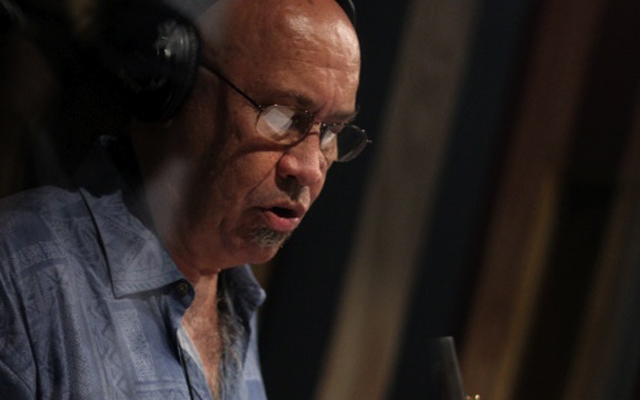 Although he was known for a considerable period of time as one of the lead voices (and artistic director) or The Charles Mingus Big Band, alto saxophonist (and flutist) Steve Slagle has enjoyed a phenomenal career since he first exploded at the Berklee School of Music in Boston when he was a mere 18 years old. Along the way he has led ensembles in several configurations, making fourteen recordings as leader. Alto Manhattan celebrates just one part – albeit an important one – of his life: the past twenty years he has spent composing, performing, recording, woodshedding, and composing, performing, recording again in Upper Manhattan. The music on this recording forms not only an striking addition to an already impressive Steve Slagle catalogue, but the performance of it reveals a deep and emotional side to Mr Slagle that is hardly ever allowed to slip out from under the covers.

As with everything that Steve Slagle has ever put down on record, he sounds utterly at home with his battle-worn alto saxophone. His musicality is abundantly clear right from the gate, in “Family”, the only song on the disc that features the full group (including Joe Lovano who flexes his sinews on tenor saxophone the mighty percussionist, Román Díaz). Mr Slagle is, however, not the only musician dramatically assertive on the chordal minor-key outburst that launches the recording. That distinction goes to bassist Gerald Cannon, 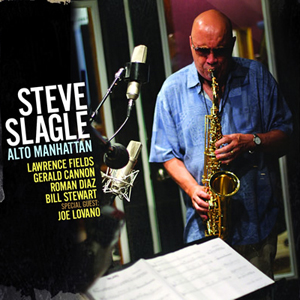 who growls in the depths of the low register almost entirely through the song. In fact, colours, textures and timbres get more dramatic as “Alto Manhattan” in the hands of the quartet but I like especially, Mr Slagle’s insouciant way with the finale – the twist, as they say, is in the tail of the piece.

The augmented chords of “I Know That You Know” brings alive its shifts and swerves in the blues, allowing the subtle humour of the choruses to speak for themselves not only in Mr Slagle’s mournful, elongated phrases, but in a masterful dissertation by pianist Lawrence Fields as well in the short one by Mr Cannon as he unleashes a series of notes in double time. Steve Slagle takes his alto to dramatic heights with his extended cadenza that plays throughout “Body & Soul”. And he also scales great heights of versatility in McCoy Tyner’s “Inception” as well as in “Holiday” one of two charts on which Mr Slagle lays out a melody so ingeniously on flute – the other being a rollicking Afro-Cuban reimagining (of “Family”) on “Viva La Familia”. But for sheer vibrancy and unfettered joy, there is nothing close to the quintet version of “(Alto Manhattan) A.M.” where the effervescent drumming of Bill Stewart shines bright.

From the arching melodic line of “Body & Soul” to which is lent its incredible improvisatory joy as well as its solemn gravitas, and to the twinkling rhythmic bounce of “Inception”, to the irresistible sense of joys Afro-Caribbean on “Family”, “Holiday” and “Viva La Familia” there is evidence that these are some of the most sensual, colourful and the finest evocations of Steve Slagle, whose small step back to recall his twenty years in Upper Manhattan makes us look forward to what comes next from this incredible musician.