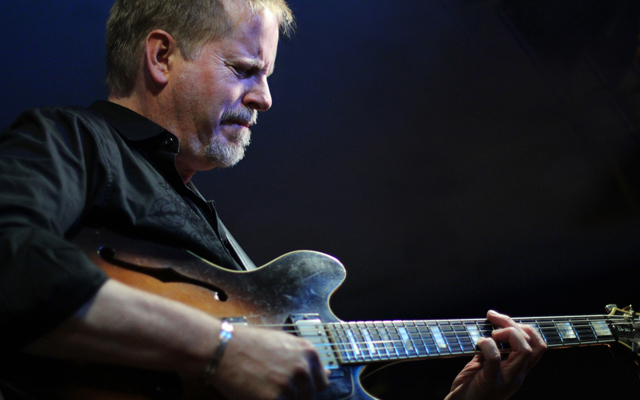 The maturity and sophistication of this music – both original and interpreted – by Dave Stryker on Strykin’ Ahead would be the pride of any guitarist twice the age of Mr Stryker. In his own compositions especially “Blues Down Deep”, Mr Stryker demonstrates something that has characterized his music ever since he struck out on his own: a lifelong commitment to being true to the Blues. But this is far from being a one-off as far as this recording is concerned for Dave Stryker and his quartet rarely stray far from the feeling and the emotion, even if they might depart from or improvise on its form.

Perhaps the most impressive aspect of his interpretations of classic charts is the immense stylistic assurance of Dave Stryker. On “Footprints”, he elongates the rhythm by adding a crochet (or two quavers and multiples thereof, when necessary) of Wayne Shorter’s original and while he manages to stay fleet-footed without sounding pressured or rushed, he always stays close to the mysterious darkness of Mr Shorter’s original performance. 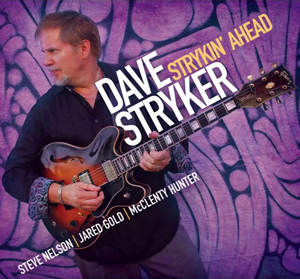 Details are given their full due, from fermantas held not a second too long to delicate equilibrium maintained in the smallest phrase. In this he is magnificently abetted by Jared Gold and Steve Nelson, both of whom hold their own with phrases redolent of majestic resonance and timbre.

On “Passion Flower”, another classic, every gesture seems imbued with meaning and the whole motivated by an abundance of joy, with sly wit twinkling through from time to time. Something similar unfolds no sooner than the opening repetition of the theme in Clifford Brown’s “Joy Spring”. The electrifying scena unfolding during the course of “Donna Lee” has all the more impact for its classically proportioned restraint. Mr Stryker builds the song’s climactic peak with consummate skill, lending the whispered final chords an all but unbearably brilliant resignation. Never was a version of Charlie Parker’s iconic song more welcome and particularly the ingenuity and exuberance of this specific quartet driven by the ingenuity of guitarist Dave Stryker.

Throughout the bristling rhythmic vitality, tricky voice-leading and constantly shifting harmonic colours – gorgeously expanded with the inclusion of Steve Wilson’s vibraphone – all of this music gets a glorious and fulsome wallop from the drummer McClenty Hunter, who although seemingly in the shadows, never loses sight of the music’s fundamental lyric impulse. For this and other things kinaesthetic Mr Hunter is probably the greatest boon companion of this quartet. Finally, if you find yourself uncertain about the future of the art of the organ trio, listening to Dave Stryker and the trio with Jared Gold and McClenty Hunter together with Steve Wilson could be the most effective antidote.